Israel unprepared for its aging population

In an interview with Al-Monitor, Minister of Senior Citizen Affairs Uri Orbach says that Israel is unprepared for the global phenomenon of prolonged lifespans, with too many poor elderly, and must act rapidly to assure pension resources before it's too late. 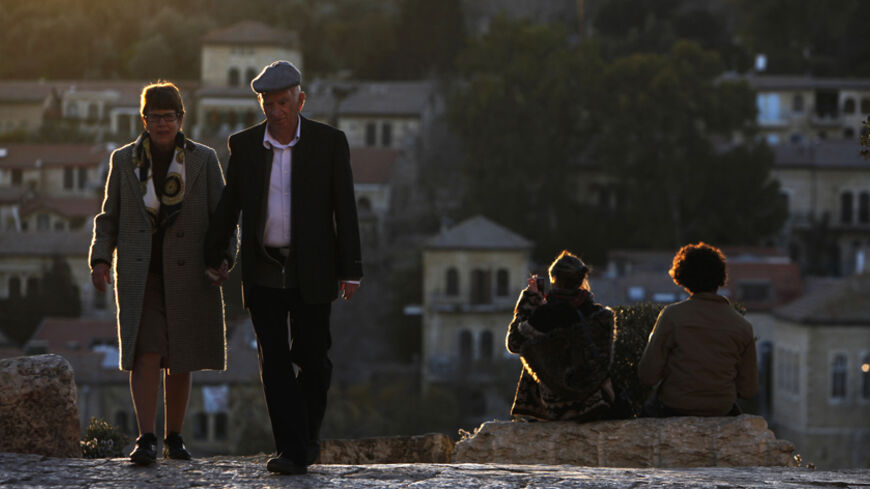 Minister of Senior Citizen Affairs Uri Orbach is convinced that even if the ministry that he heads is considered the least appealing now, within just two decades, it will become one of the government's most coveted ministries. In fact, he says it will undergo the same process that the Ministry of Environmental Protection experienced.

“The scope of handling the issue of senior citizens in modern society is dramatic,” he said in an interview with Al-Monitor. “The elderly population will grow significantly in the future, and that has economic implications. There will be a disaster here, if we don’t take care of the problem now. People won’t be able to live off their pensions.”

A former journalist and author, Orbach, 54, of the HaBayit HaYehudi Party, can take some satisfaction from a current poll by television’s Knesset Channel. Some 70% of all respondents knew that he heads the Ministry of Senior Citizen Affairs. To a large degree, this impressive result can be attributed to various projects he initiated to boost the elderly population as both citizens and consumers. The crown jewel of this campaign is a successful initiative with the cute name, “Suspenders Tuesdays,” in which senior citizens receive all sorts of benefits and discounts at cafes, restaurants and theaters.

Al-Monitor:  “Suspender Tuesdays” is a cute idea, but many seniors in Israel are among the country’s poorest population.

Orbach:  It is true that there are seniors who take advantage of “Suspenders Tuesdays” benefits, but that there are also elderly citizens who are poor. On New Year's eve this week, there will be about 200,000 poor elderly people whom we would need to help. The latest figures on poverty in Israeli show that while the poverty level is dropping among all other sectors of the population, when it comes to the elderly, the situation is different. The scope of poverty among the elderly actually skyrocketed this year. I claim that if they would add 1 billion shekels [about $273 million] for the elderly to this year’s budget, I would be able to raise most of the country’s senior citizens from below the poverty line. Sometimes another 100 shekels [$27] a month makes all the difference. It may sound like a pittance, but that is money they could use to buy more food.

Unfortunately, these elderly always end up at the end of the line, and those who are in the most dire straits won’t take to the streets to demonstrate. I contend that if children were in the same state as the elderly, they would be put up for adoption. The situations I encounter as part of my job are absolutely shocking. I see indigent lonely elderly people wandering about helplessly.

There is always a struggle over resources in society, and the elderly are not a strong enough group to fight for their rights. That is why, in this context, I face a real dilemma as minister. When fighting over the budget, should I present the media with those senior citizens who are living in the worst possible circumstances? Should I highlight Holocaust survivors, who have been robbed?

Al-Monitor:  Why is that a dilemma?

Orbach:  Because most of Israel’s elderly are neither beaten nor poor, and if I portray them in that way, as people living in truly miserable circumstances, I am turning them into an isolated sector of the population. I don’t want to do that. What I want to do is to help the hundreds of thousands of senior citizens who go to “Suspenders Tuesdays” have a better life. I want to build an infrastructure that will help them spend their leisure time and pay less for what they purchase. 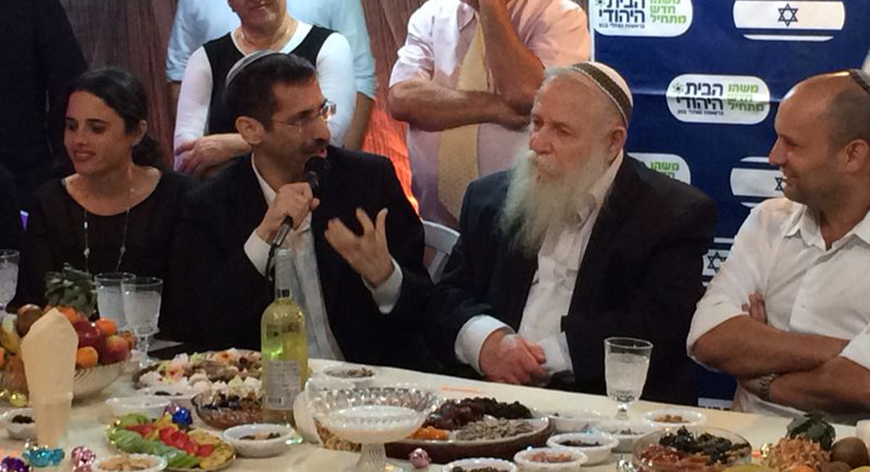 I want to present the image of the energetic senior, while the media and politicians alike want to portray the elderly as people living in misery, because that serves certain interests. I believe that when I show that the elderly are stronger than that, and when I highlight their purchasing power, it helps them. It’s a matter of awareness. After all, Prime Minister Benjamin Netanyahu is 64 years old and he is considered young. David Ben-Gurion was prime minister when he was 62, and he was already called “the Old Man.”

We see more elderly people in commercial advertisements today, because people are starting to realize that this is an important sector of the population, which has been growing at a dizzying pace. This is, of course, an international phenomenon across modern society. If the average person would live to be 70 just 40 years ago, the average lifespan for men today is 80, while for women, it is 82–83.

Al-Monitor:  The big problem is pension savings. According to all the forecasts, there will not be enough money there to provide for the elderly much longer. How is Israel preparing for that?

Orbach: The problem is that none of the various systems were adapted to people living another 10 years after retirement. People now retire at the age of 67, but they live to be 80. That means they haven’t worked enough for whatever years they have left. This has enormous economic implications for the state. Long life is a blessing, but it is also an economic burden on the state, and we have to prepare for that.

Western nations are examining solutions like raising the age of retirement, but there are some professions, such as teaching, in which people get worn out. That’s a problem. Besides, people shouldn’t have to work until they die. I believe that in the end, there will be no way to avoid raising the age of retirement. But before we raise it, we should examine the economic implications that it will have and do it gradually. One of our main roles at the ministry is to make recommendations to the government about removing those workplace regulations that keep the elderly population from being a part of the workforce.

Al-Monitor:  How many senior citizens are there in Israel, and what are the projections for that population?

Orbach: The elderly population now stands at approximately 830,000, which is about 10% of the total population. It is predicted that the number will double in 15 years, and that they will constitute 15% of the population. It is in the state’s interest that elderly people continue working, and that is very significant. Our challenge is to offer employment opportunities for the elderly. One of the ideas is to create an employment office for senior citizens. This is the population sector which grows the fastest. Salaries go down once people reach the age of retirement, but they have more healthcare expenses at that age. That means that even adding just 250 shekels [about $68] a month to their salaries would be significant.

Beyond that, work is something to keep people busy and give them a reason to get out of the house. It is a well-known fact that loneliness is the main ailment of our times, and that is true for the elderly population sevenfold. In many cases, people who leave a place of employment after working there for 40 years often have no set schedule of what to do every day. I believe that it is the role of the state to provide an alternative to this loneliness, as well as to the many other changes that the elderly face, like the passing of their spouses and closest friends. There is a lot that the state can do about that. It can steer this population to volunteer projects and to meetings with friends.

Al-Monitor:  What is it that bothers you most of all as the minister responsible for the elderly population?

Orbach:  That the state isn’t doing enough, and that more money should be invested in preparing for an aging population, particularly in all matters relating to their pensions. What it boils down to is that this is a struggle over resources, pitting security against social issues. I understand the importance of the Iron Dome air-defense system and of fighter jets to ward off threats, but we cannot neglect all the other issues. Otherwise, the result of ignoring them will be that one day, 15 years down the road, old age pensions will suddenly be cut in half, because the country will have no other option.