The Islamic State is a well-organized and mobile fighting force, while Iraqi Kurdish forces are not the battle-hardened veterans some have made them out to be. 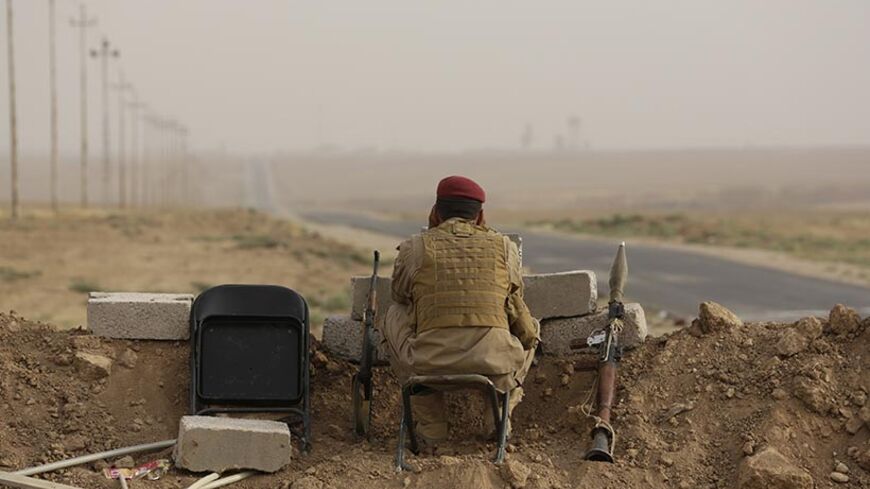 In recent days, there have been excessively optimistic media assessments that the US air operations against Islamic State (IS) targets have blunted IS advances and the recovery of the Mosul Dam could well be the “beginning of the end” for IS. Such optimistic conclusions are also backed by predictions that the Kurdish peshmerga and the Iraqi military, backed by US air power, could bring about the end of IS. How realistic are these over-optimistic opinions? As a military analyst who knows Iraq well — having served in the field in Iraq in 1999, 2001, 2003 and 2004 and in Afghanistan in 2005 — I don’t think the US air attacks will produce definitive results. They may disrupt IS operational capacity temporarily, but will not eliminate it.

Why not? For the answer, one must look at the order of battle, organization and military tactics of IS, which can be best described as a semi-military, semi-political body that wants to translate its day-by-day military gains into a long-lasting political body. To that end, IS fields generally motorized companies of 80 to 100 men or battalions with 200 to 300 fighters, skilled in urban warfare, highly mobile and capable of executing terrorist tactics such as improvised explosive device attacks and hit-and-run attacks, as well as conventional military tactics at the company and battalion levels. I don’t agree with the view that IS is a new offspring of al-Qaeda. IS is a new breed that has caused much confusion to international actors who can’t decide what to do against IS. We are facing an organization and a modus operandi we are not at all familiar with.

IS has about 10,000 fighters in Syria and Iraq. One-third of these are trained and experienced fighters, with an estimated 1,000 foreigners among them. Former Baath cadres, Sunni tribes and organized smuggling rings are also active within IS. This gives IS an appearance of an “umbrella organization” of about 25,000 fighters.

IS is highly skilled in executing the “clear-hold-build” tactic the United States had implemented as a counterinsurgency method in Afghanistan and parts of Iraq. It is proficient in quickly adapting to changing conditions and learning fast. Iraq’s generally flat terrain and settlements located along a good system of roads offers IS a major advantage.

I am one of those who believe that IS produces highly disturbing visuals of beheadings, executions, torture and the like as part of a military strategy. Its reputation of “barbaric brutality” ensures that all civilians and military personnel in areas it captures evacuate and thus offers IS a more sterile and easier-to-rule population.

In fact, IS is applying in Syria and Iraq exactly what it learned from the famous US FM-34 counterinsurgency manual. In places it captures, it first rattles the authority of the Baghdad central government and then wipes it out, replacing it with mini “city-statelets” that will govern the towns and cities. Finally, these statelets are linked in a network.

In our strategic analysis, we tend to take the Iraqi state as the subject of analysis, while IS bases its analysis on towns and cities, thus acquiring a massive strategic advantage.

The military profile of IS is best defined as lightly armored, highly mobile infantry units well trained in urban warfare. It has a fluid, versatile command structure that keeps changing. All its units are mobile and dispersed. IS doesn’t have permanent military headquarters, operations centers, warehouses or any other military unit. This is why we see the US air attacks targeting moving vehicles, temporary lodgings, but not a fixed military installation. There aren’t any. IS commanders are allowed considerable leeway in their commands. Brief mission command notes set out what needs to be done, but leave it to the initiative of the field commander how to do it with minimal need for communications that can be monitored.

The mobile, dispersed combat style of IS also tells us that unless air attacks are backed by a robust ”boots on the ground” strategy, they will not have much bearing on the end of this war. Actually, in Iraq today the most pressing security issue is the lack of a ground force with adequate training, experience and equipment that could undertake a “sweeping offensive” against IS.

With the fiasco in Mosul, we saw how the Iraqi army with its manpower and weapons superiority disappointed everyone, above all the United States. Let alone mount an offensive against IS, the soldiers couldn’t even defend themselves.

Can the peshmerga mount a sweeping offensive against IS?

The peshmerga, the armed force of the Kurdistan Regional Government, has a long history. First against the British colonial administration, then against the Iraqi central government, it carried on years of guerrilla warfare with the advantages offered by the mountainous terrain and weather conditions in northern Iraq. The peshmerga’s basic combat strategy can be summed up as rural guerrilla warfare based on hit-and-run and exhausting the enemy with long-lasting, low-intensity warfare. This is why the peshmerga’s fighting units are generally made up of 15 to 20 fighters who can fight in mountainous terrain.

Despite all the upheavals, displacement, warfare and destruction in Iraq’s recent history, the peshmerga could not divorce itself from its social fabric and couldn’t become a regular army instead of “part-time fighter/farmer” format.

The peshmerga forces cannot divest themselves of tribal ties, stay away from their families and villages or risk starting a military operation outside their turf.

As someone who participated in many operations with the peshmerga between 1999-2004, my observations can be summarized as: Most of the peshmerga units are made up of aged men who have no training and experience in urban warfare. It is a paramilitary force of poorly equipped civilians. There is not a single offensive operation the peshmerga has won in its history. Its basic goal has always been to stay on strategic defense and compel the invading forces to withdraw after engaging them with an exhausting, low-intensity struggle. Can you field an offense-oriented peshmerga that will have mobility and take the initiative that will sweep away IS from places it captured? My experience with the peshmerga says: “Not at the moment.”

Today, the United States doesn’t have a military force of operational nature in Iraq. An operation similar to the 2007 surge against IS is therefore not feasible. Moreover, the combat capability of the Iraqi air force is very limited and the Shiite-heavy Baghdad government can count on only minimal support from local Sunni elements. This power vacuum offers IS wide room for maneuver.

Also, US air attacks really don’t do much to change the field military picture, while they can have the effect of aligning already marginalized Sunni Arabs closer to IS. Well-versed in propaganda and perception management, IS can exploit the air attacks as a proof of Sunni victimization and gain some legitimacy from it.

In sum, the pessimistic trend in Iraq can be reversed only with a sweeping offensive by ground forces with air support, then ensuring appropriate representation of the Sunnis in Baghdad and restoring Iraqi politics. But which military force is to undertake the sweeping offensive, the clearing of IS from areas it had captured and holding on to those areas for their rebuilding? At the moment, neither the peshmerga nor the Iraqi military forces are capable of this. The United States and other Western powers are not willing to get involved. Fears for the security and future of Iraq are going to prevail for some time to come.