Kurds not giving up on education in mother tongue

The Kurdish political movement opened three private schools in Turkey to teach in Kurdish, and has no intention of closing them. 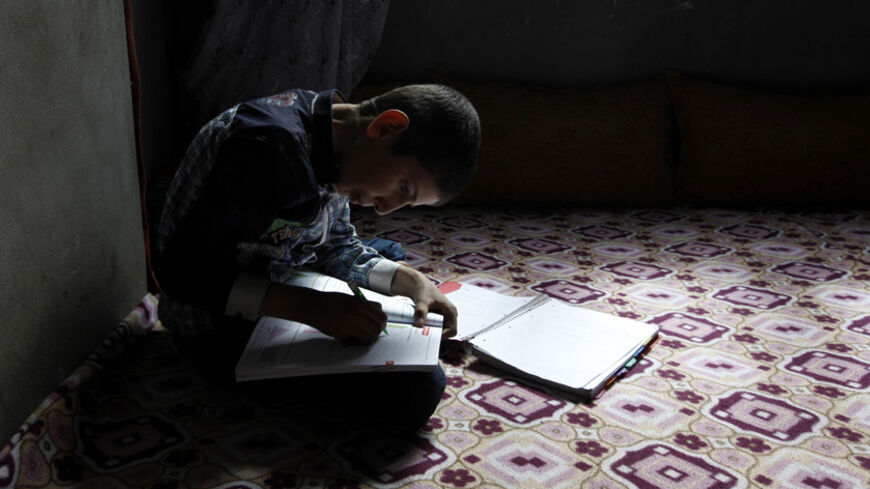 Ferhat Savun, 11, does homework in Cizre in Sirnak province, near the border with Syria, March 23, 2013. - REUTERS/Umit Bektas 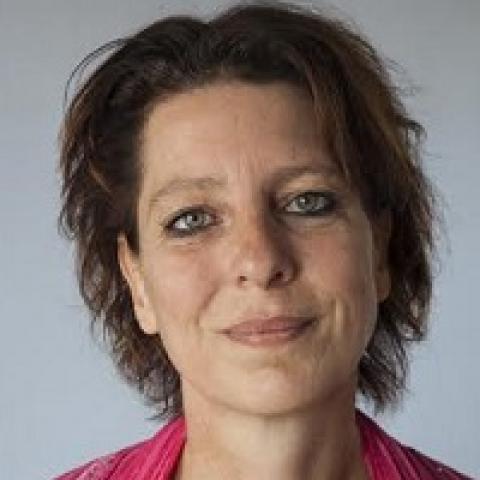 The Kurdish political movement has no intention of giving up on the three private schools they opened to teach exclusively in Kurdish. The opening of the schools last week led to a cat-and-mouse game between the schools’ administrators and the local governors — the latter closing the schools, the former reopening them several times. Clashes between the schools' supporters and the police erupted, and nearly 100 people were taken into custody.

Dilek Adsan, co-leader of the teachers union Egitim Sen, one of the founders of the schools, said in an interview with Al-Monitor: "We think it is a birthright to be educated in one's mother tongue. We won’t give up."

The schools opened in the biggest city in the predominantly Kurdish southeast, Diyarbakir, and in the smaller towns of Cizre, on the Syrian border, and Yuksekova, close to the Iranian border. Along with Egitim Sen, the initiative was backed by Kurdish language institute Kurdi Der, and the local municipalities provided the premises. Money to open the schools was raised in a combined effort, with contributions from parents and local businesses.

Al-Monitor attended the opening of the Ferzat Kemanger school in Diyarbakir and learned that for ideological reasons the school has no principal. "We are a collective, a people’s initiative," said teacher Abdurrahman Bakir, a retired state teacher who started working at the Kurdish school as a volunteer.

The local governor of the Baglar district of Diyarbakir, Dursun Balaban, sent a warning to the founders of the schools before they were opened, which was leaked to the press. It stated that, since the school had not applied to the ministry to open a school, it subsequently was not given a permit. Then it stated that opening the schools was "unlawful and legal action will be taken against the offenders."

Education with Kurdish as the language of instruction was made legal at private schools with a change of law accepted by parliament in March, as part of a so-called democratization package. It was the second move of the Turkish government to grand Kurds more rights in education, after, in the school year 2012-13, Kurdish as an elective class was introduced for children from age 11 (fourth grade) and older, both in private and state schools.

Why did those who opened the schools not apply with the ministry to get approval? Adsan said in an interview with Al-Monitor: "If we met all the regulations to open a Kurdish school, it would become a private institute. That doesn’t meet our demand. Being educated in your own language without having to pay for it is a right."

The Kurdish political movement has for years been striving for Kurdish education in state schools, which offer free education. They have come a long way, Adsan explained, "Once we were not allowed to use the letters w, q and x in our children’s names. We lost many court cases, but eventually the law was changed. Also, Kurdish language classes were forbidden. Kurdi Der was founded, and it was illegal, but we persisted and the law was changed. With this issue, too, we will keep defying the law until it is changed. Until then, we take upon ourselves the responsibility to teach our children in our mother tongue."

As announced by the governor, the prosecutor started a legal inquiry into the three Kurdish schools. The accusations are: "opening an education institution without a permit" and "committing a crime in the name of an organization." That organization would be the Kurdistan Workers Party (PKK), the armed Kurdish group that is involved in a peace process with the Turkish government.

According to Firat News Agency, a part of the Kurdish movement, the pro-Kurdish People’s Democracy Party (HDP) questioned Interior Minister Efkan Ala on the investigation. Diyarbakir HDP deputy Nursel Aydogan asked, "Is the demand for education in the mother tongue propaganda for a terrorist organization? If not, what is the reason for starting an inquiry into Kurdish schools?"

The three Kurdish schools are meant to provide education for some 200 children. In Diyarbakir, about 45 children were enrolled at the school that Al-Monitor contacted. According to Kurdish media, the schools in Cizre and Yuksekova are bigger. For now, they offer first-grade classes only. Every year, a new grade will be added, until there is a complete school.

The schoolbooks were prepared by Kurdi Der, starting with, for the little ones, "Xwendin u Nivisin’e" (Reading and Writing) and "Birkari" (Mathematics). This year, history and life science books will also be ready. Al-Monitor learned during a visit to the school that in the coming years, all required books will be made available, including Turkish and English.

Teacher Abdurrahman Bakir, told Al-Monitor: "The state still thinks in terms of one flag, one nation, one language. We don’t. Education will be in Kurdish here, but the children will take compulsory Turkish classes, as well as English. The curriculum also offers minority languages of the region such as Arabic, Suryani and Zazaki. This is how we will teach the children the richness of this region."

Adsan cannot predict how the rest of the school year will evolve. "We are ready for everything," she said. Are the children ready too, bearing in mind that the police intervened last week with tear gas, water cannons and batons? "The pupils were not present when that happened; they were sent home before it got out of hand. We don’t want violence, we only want our rights. How the state reacts, is not our responsibility," Adsan said.