Rouhani speaks out against harsh enforcement of veil

During speeches in the Iranian city of Mashhad, President Hassan Rouhani has criticized the strict enforcing of veiling laws. 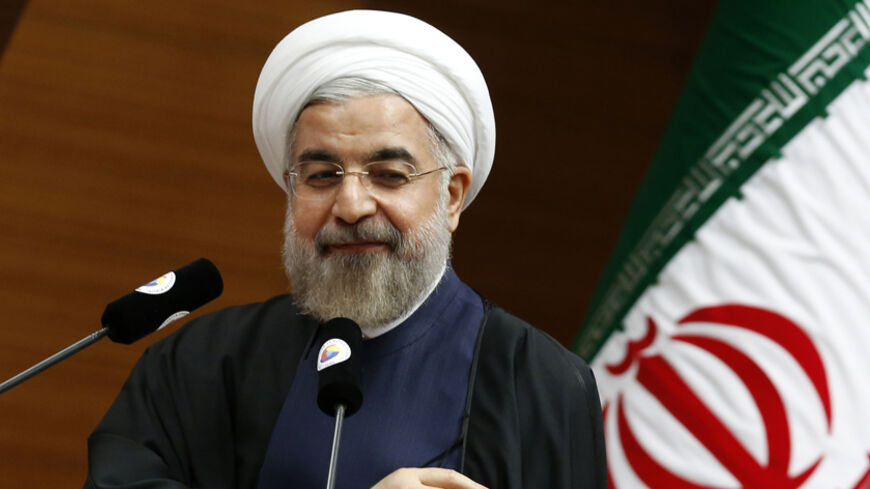 In a speech in the holy city of Mashhad, President Hassan Rouhani criticized strict enforcement of the veil in Iran and said that society does support wearing of the veil. During a different speech to a more conservative crowd, he said people had “given blood” for the veil in Iran.

“Do we think that elevating a society is [done] through vans and minibuses and policeman and soldiers? Culture is not made right by this,” said Rouhani, referring to the controversial practices of the religious police, who enter major city squares and arrest or fine women for liberally interpreting the country’s hijab laws. Often, young violators are rounded up in vans and taken to a local police station.

He said, “The path to promote culture is through the clerics, the seminary, researchers and college professors. Is the path to modesty with a van? We don’t have any other way? Our own women are the educators of society, the researchers and professors of society — you mean they don’t know themselves how to establish modesty in society and promote the hijab?”

According to the Islamic Republic News Agency, which is run by the administration, Rouhani told Interior Minister Abdulreza Rahmani Fazli, who was among the crowd during the speech, “They used to tell us that once you tried something and it didn’t work, not to do the same exact thing the next day. It has to be modified.”

The veiling laws are enforced at the discretion of the city’s police commander, a position appointed by the supreme leader.

Rouhani continued, “Our society wants the hijab and modesty. … It protects the strength of the family.” He added, “The hijab is for creating security for women. It’s clear that everyone wants security … but what is the way?”

Rouhani also criticized those who misinterpret the Islamic value of “enjoining good and forbidding wrong,” which has led to confrontations between citizens when one individual or group takes it upon itself to approach others it believes are not abiding by Islamic law.

Rouhani also recounted how after the 1979 revolution, some people wanted to place a wall in the middle of university classrooms to separate them by gender. Rouhani said that these types of ideas were opposed by former Supreme Leader Ayatollah Ruhollah Khomeini, who believed that these acts would “weaken Islamic norms.”

At a different speech in Mashhad in front of families of war veterans — judging by the video, a more conservative group than heard his other speech — Rouhani also made comments about the veil that were quoted approvingly by conservative websites. “This land fought and struggled and gave blood for the hijab and modesty,” he said, adding, “It will not allow the legacy of the criminal Pahlavi dynasty to present itself.”

In 1936, Reza Shah banned the veil in public in Iran, leading to a confrontation with many members of the clergy. His son, Mohammad Reza Shah, who took over in 1941 when his father was forced to abdicate, did not enforce laws mandating or against the veil.