Unlike Ehud Olmert, Benjamin Netanyahu ignores the Arab League initiative, which will cost Israel its US backing at a crucial moment in the near future. 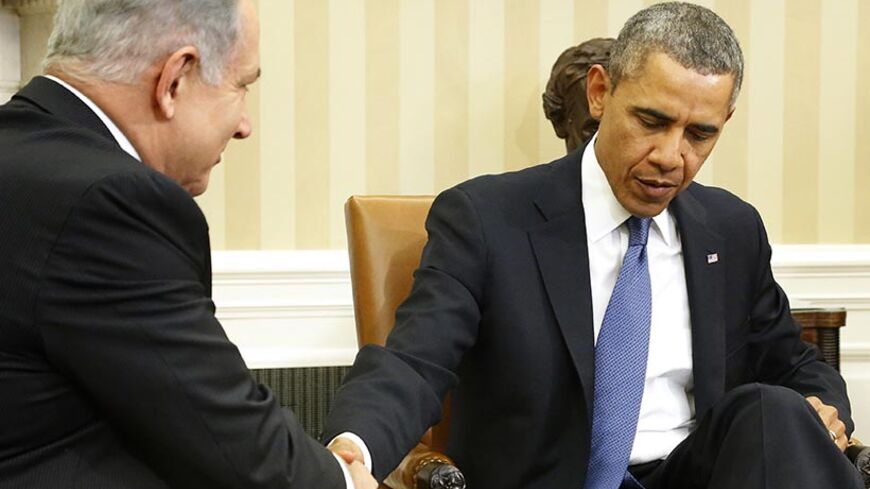 My interlocutor isn’t a political figure. As a civil servant and a diplomatic expert, he served for 10 consecutive years at the crossroads of Israel’s top-level diplomatic decision-making. Although he no longer serves in this capacity, he is more versed in the details than anyone I know. This week we talked about the “Saudi Initiative,” which later became known as the “Arab Peace Initiative,” noting how over the years, each party — in its respective turn — missed it.

To recall, this initiative was first unveiled by Thomas Friedman from The New York Times following his conversation with the Saudi crown prince in Riyadh in 2002. It addressed the issue of a comprehensive peace between Israel and the Arab world in return for the establishment of an independent Palestinian state along the 1967 borders with East Jerusalem as its capital. It also sought to find a “just and agreed upon” solution to the refugee problem. This happened during the second intifada as Israel’s streets were awash in rivers of blood. Suicide bombers stormed Israelis at coffee shops, on buses and in youth disco clubs. The late Ariel Sharon had just been elected prime minister. His primary mission was to stop the terrible wave of terror. Before the Israeli disengagement from Gaza in 2005, Sharon did not recognize the Saudi Initiative and refused to refer to it explicitly. He had other fish to fry. His agenda was dominated by a Herculean effort to overcome this unprecedented wave of terrorism, which consisted of dozens and hundreds of suicide bombers storming Israel. This was the first time that the initiative was missed. Israel was wholly responsible for it, albeit there were extenuating circumstances.

Sharon was followed by Prime Minister Ehud Olmert, who was ready to recognize the initiative. A right-wing ideologue hailing from the revisionist camp of Ze’ev Jabotinsky, as well as a member of the right-wing, pre-Likud Herut movement, Olmert had taken major strides toward Israel’s centrist circles and then turned even further left, almost as far left as one can go. His 2008 peace proposal to Palestinian Authority President Mahmoud Abbas is the most far-reaching proposal that any Israeli leader had ever made. It's highly doubtful whether it could ever be resurrected in the future. In March 2007, during Olmert’s term, the Arab League, at its conference in Beirut, ratified the Saudi Initiative, which became known as the Arab Peace Initiative. Back then, Israeli and Arab officials held many secret meetings, including between Olmert in person and high-ranking Saudi figures. It was decided that a delegation of Arab foreign ministers would arrive in Jerusalem directly from the discussions of the Arab League in Beirut for a special meeting with Olmert to present to him the ratified initiative.

What was on the table was Israeli recognition of the initiative, which would have been followed by the start of regional peace negotiations. Being a lame duck from almost Day One of his term, Olmert hesitated. He needed something to latch onto; some kind of lever on which his qualified “aye” to the initiative could hinge. The two foreign ministers that were supposed to arrive in Jerusalem were Egypt’s Ahmed Aboul-Gheit and Jordan’s Abdul Ilah Khatib. Israel demanded another foreign minister from a country that did not have diplomatic ties with it. Bring the Saudi one, and if this isn't possible, bring one foreign minister from one of the Gulf States, Jerusalem said — show us that you mean it.

The Arab League vacillated. Although vigorous talks to upgrade the delegation were held, they nevertheless came to naught. In the end, only Aboul-Gheit and Khatib showed up. The meeting with Olmert was a good one. Inside the room, the Arab foreign ministers heard what they wanted to hear. The problem was with what was said outside the room. That was the second time that the Arab initiative was missed. This time, the Arab side was at fault, having failed to rise to the occasion and give Olmert the encouragement he needed to change the talks from secret to public. Either way, at the Annapolis Conference that took place less than a year later in November 2007, Olmert said in his public address that the Saudi Initiative could serve as a framework for a regional agreement. That was too little and too late. Olmert, as aforesaid, was already a lame duck, as he was under constant police investigations. The second time that the Arab initiative was missed turned into a discouraging reality.

Now we come to the third missed opportunity. In 2013, an Arab League delegation arrived for a visit in Washington with the unstated goal of reviving the Arab initiative and resuming efforts for a regional arrangement. The indications from Israeli Foreign Minister Avigdor Liberman were clear. In closed forums and in secret talks with Arab officials, Liberman kept noting that the Arab initiative could be a legitimate basis for negotiations. During their visit to Washington, the foreign ministers of the Arab League noted something astounding: Even the issue of the borders was negotiable. What that meant, in other words, was that the issue of the refugees (worded in the initiative as “a just and agreed-upon solution,” which gives Israel a veto right) as well as the issue of the borders (in the spirit of land swaps) could be discussed. On the face of it, this could be a dream for any sane, pragmatic Israel. The issue of refugees can be discussed and Israel can make its case that only a token number of refugees can be taken in. What can also be discussed is the size of the area and the land swaps.

Regrettably, Israel has yet to take up the Arab gauntlet. The closest attempt was a statement made by Liberman to the Israeli daily Jerusalem Post to the effect that “the Saudi initiative is much more relevant today than it was previously.” To the best of our knowledge, that statement did not jump-start the process. With all due respect to Liberman, the one who really calls the shots in Israel is Netanyahu, whose main concern right now is his dwindling support among the Israeli right wing because of his hesitation in the course of Operation Protective Edge. Netanyahu is fighting Minister of Economy and Trade Naftali Bennett and Liberman over the right-wing electorate, considered to be his political "base." Through a right-wing prism, this is not the time to embrace defeatist diplomatic initiatives.

Against this background, the deterioration in the relations between Israel and the United States continues. Ron Dermer, the Israeli ambassador to Washington, has not seen the inside of the White House for months. At this time, Israeli national security adviser and former deputy Mossad director Yossi Cohen serves as Netanyahu’s envoy to Washington. When he wants to set up an appointment with his American counterpart Susan Rice, it's contingent on “not bringing the ambassador along.” During most of Operation Protective Edge, Dermer spent his time in Israel. When the relations are harmonious, the Israeli ambassador is supposed to be on top of decision-makers in Washington — and all the more so when Israel is engaged in a broad military campaign. He needs to make sure that the channels of communication work properly and that the supply that Israel needs (after just one week of fighting every time) is on its way. In reality, Dermer could not be bothered. He knew that his stepping in would have no effect, so he stayed in Israel to serve as Netanyahu’s close adviser.

In a meeting I held this week with a senior diplomatic official in Jerusalem, he explained that the fact that the Americans held up munitions to Israel during the warfare was a serious phenomenon, indicative of how deep the crisis really is. What’s worse, however, is the fact that “the Pentagon deliberately leaked the hold-up to the American media.”

According to the source, “Up until now, Israel and the US made sure not to air their dirty linen in public. Even when there were disagreements, they were kept under wraps. Now the Americans are leaking and publicizing their cruel treatment of Israel. This is a perilous development.”

What’s on the table today is Abbas’ new peace initiative, whereby Israel should withdraw from the areas of Judea and Samaria within three years. If this initiative does not mature into negotiations, Abbas will try to have it endorsed by the UN Security Council as a historic resolution. If that were to happen, it would herald a dramatic diplomatic development. On ordinary days, Jerusalem could sleep soundly knowing that the Americans would cast a veto. They always cast a veto at critical junctures. But these are not ordinary days, and Jerusalem is losing sleep. The American veto has never been so much in question.