Palestinian filmmaker Najwa Najjar’s latest work, “Eyes of a Thief,” seeks to convey the complexity of Palestinian life under occupation, a far cry from the typical one-dimensional portrayal of Palestinians in Arab cinema. 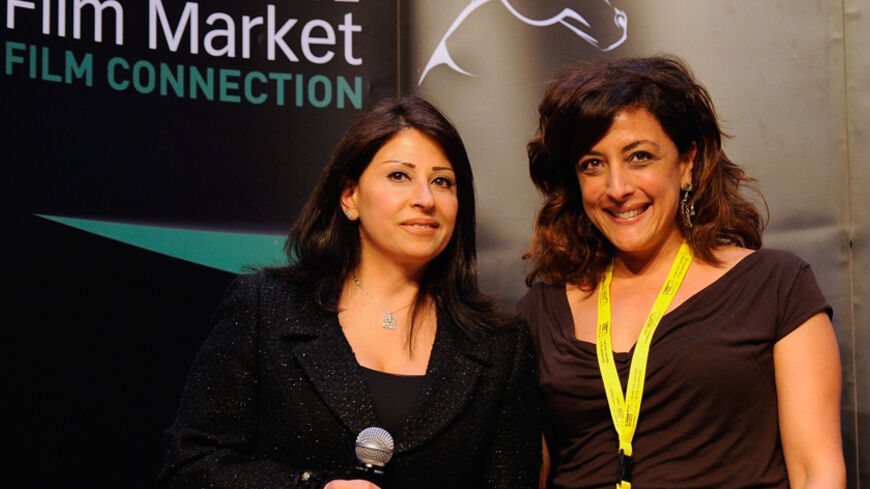 The common saying that one person’s freedom fighter is another’s terrorist well describes how the world is often divided over the Palestinian resistance.

Palestinians often respond, without much success, that armed resistance is an internationally guaranteed right, that reserve soldiers and armed civilian settlers who often vandalize Palestinian property are fair game in a population fighting to rid itself of an illegal occupation that has spanned decades. The argument goes on at regional and international venues, with audiences taking whatever side they are already predisposed to sympathize with.

The problem is often the making of Palestinians themselves, whose film and television creations are seen as part of the struggle and therefore must always present Palestinians in this positive and heroic light.

Now, however, a new cadre of Palestinian filmmakers is trying to show the complexity of Palestinian life, and therefore Palestinians' humanity. Filmmakers such as Michel Khleifi, Elia Suleiman, Hany Abu Assad, Azza el Hassan, Suha Arraf, Raed, Saed Andoni and others have portrayed much more nuanced and complex visions of Palestinian life under occupation.

One of the most successful in this new generation of Palestinian filmmakers is Najwa Najjar, whose latest film, “Eyes of a Thief,” premiered in the Ramallah Cultural Palace on Sept. 9 to an overcrowded auditorium of 850 viewers. The film was shot on location in Palestine despite tremendous challenges, with actors coming from Egypt and Algeria to participate.

Najjar’s latest film, much like her 2008 "Pomegranates and Myrrh," which opened the Dubai Film Festival that year, doesn’t shy away from complex political issues whether dealing with the resistance or with Palestinian cooperation with the occupiers.

“Eyes of a Thief” is the name of a valley between Nablus and Ramallah. It was given its name because of the robberies common to this isolated location. It is also the place where Israelis had created a notoriously hated checkpoint. In 2002, Palestinian sniper Thaer Hamed, 22, chose the location to take out 10 Israelis manning the checkpoint — an act that caused an uproar, but succeeded in closing the troublesome checkpoint.

The Western-educated Palestinian script writer and director took this incident and created a complex scenario that touches on the story without overly praising or ignoring it.

As has been her trademark, Najjar uses the silver screen to break stereotypes in a way that is sure to stir the minds of Western viewers. She again introduces Palestinian Christians into her film, portraying the main character, Tarek (Egyptian actor Khaled Abol Naga), as a Christian and showing local priests and nuns helping the Palestinian resistance fighter. She also touches on forbidden love and strays away from the traditional portrayal of women, with most of the female characters, including lead actress Algerian singer/songwriter Souad Massi, not wearing the hijab.

“Eyes of a Thief” also looks at the ignored internal problem of business people often taking on the task of interceding between the local population and the Israeli occupiers. Najjar also deals with children's access to firearms and strives to show the struggle of Palestinian children trying to enjoy their childhood in a context that denies them this right.

Her latest film will most likely make the festival scene and will be seen by thousands of viewers around the world. Those expecting a simple story of Palestinian heroes or villains will be disappointed. Najjar shows Palestinian humanity and complexity far removed from the one-dimensional views that have often dominated successful Palestinian films.