"It Must Be Heaven" centers on the story of a Palestinian fugitive in search of a new homeland — with a reference to national poet Mahmoud Darwish's line “Where do the birds fly after the last sky?” 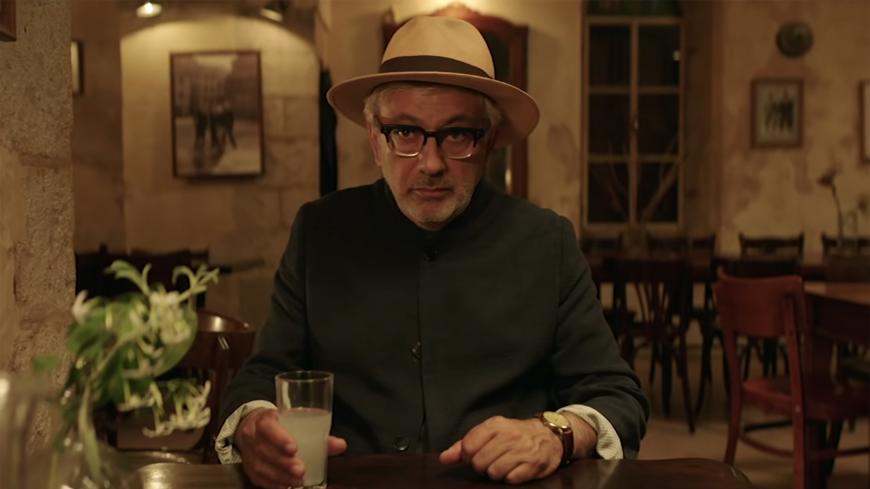 A scene from "It Must Be Heaven," directed by and starring Elia Suleiman, which competed for the Palme d'Or at the 2019 Cannes Film Festival. Posted May 23, 2019. - Youtube/Bandes Annonces Cinéma

GAZA CITY, Gaza Strip — The Palestinian Ministry of Culture has selected “It Must Be Heaven” — a satire written and directed by Elia Suleiman — to represent the country at the 92nd Academy Awards, scheduled to take place in Los Angeles on Feb. 9, 2020.

The 97-minute film will compete with 29 other foreign-language films for best international feature film at the Oscars. "It Must Be Heaven," which contains strong visual language, centers on the story of a Palestinian fugitive in search of a new homeland as he flees from city to city. However, in every place he finds himself, the specter of Palestine haunts him in the presence of security agents and police, in weapons, in the militarization and repression, recalling the practices of the Israeli army in his home country.

The film is shot across three cities. The first part takes place in Nazareth, Israel, which is the hometown of the protagonist played by Suleiman himself. Next comes Paris, the first stop in his search for a new home, and finally, New York, which he ultimately leaves in despair.

The film competed for the 2019 Palme d'Or, the highest prize awarded at the Cannes Film Festival, receiving a special mention from the jury. It was also awarded the International Federation of Film Critics’ prize at the festival.

Suleiman began his career as a film director in 1990. That same year, he produced his first film — the documentary titled “Introduction to the End of an Argument,” which won the prize for the best experimental film at the Atlanta Film Festival. The following year, he released his second film — a short documentary about the 1991 Gulf War titled “Homage by Assassination.”

An important turning point in Suleiman’s professional journey came in 1996, when he started producing feature films. Released that year, his debut “Chronicle of a Disappearance” was awarded the prize for best first film at the Venice Film Festival. In 2002, he directed his second feature film — “Divine Intervention” — winning the Jury Prize at Cannes. He directed his third feature film — “The Time That Remains” — in 2009.

The head of the cinema department at the Palestinian Ministry of Culture, Lina Bukhari, told Al-Monitor that according to the conditions set by the selection committee for the Palestinian entry to the 2020 Oscars only two films qualified — Suleiman’s “It Must Be Heaven” and “Screwdriver” by Palestinian director Bassam Jarbawi.

The conditions required that the content of the film be creative, the story original and the plot related to Palestine, alongside stipulations relating to the production, cinematography, direction and other technical matters, she said. Finally, the committee, which included seven Palestinian directors, had chosen Suleiman’s feature to represent Palestine at the Oscars.

Suleiman draws much of his inspiration from the reality of the suffering he endured at the hands of the Israeli army, which arrested him when he was 17 years old on charges of belonging to the PLO. Following these events, he emigrated to the United Kingdom and later to the United States and France. He recently returned to his hometown of Nazareth and took up temporary residency for the shooting of “It Must Be Heaven.”

The head of the selection committee, Palestinian director George Khleifi, told Al-Monitor that the professionalism that defined the film in terms of its script, production, direction and cinematography won the support of the majority of the committee members, notwithstanding that the film has also received international awards.

Khleifi emphasized that the committee was primarily concerned with choosing the strongest Palestinian work of the year, given the high level of competition at the Oscars that includes the Algerian film "Papicha" by Mounia Meddour and the Iranian film "Finding Farideh" directed by Azadeh Moussavi and Kourosh Ataei.

Suleiman has, according to Khleifi, succeeded in conveying the Palestinian cause to the world in an engaging and aesthetic manner, despite the lack of official support, as the Ministry of Culture’s budget amounted to only 0.15% of the overall budget in 2018.

A source close to Suleiman who preferred to remain anonymous told Al-Monitor that the principal financial support for the production came from the Doha Film Instiute as well as the Arab Fund for Arts and Culture.

“It Must Be Heaven” is the 12th film to represent Palestine at the Academy Awards since 2003; the last participating film was this year’s "Ghost Hunting" by director Raed Andoni. But none of them have taken home the golden statuette, though two — “Paradise Now” in 2005 and “Omar” in 2013 — made it to the shortlist.

Ihab Bseiso, former minister of culture and head of the Palestinian National Library, told Al-Monitor that the films recently produced by Palestinian directors around the world mark a new cinematic and cultural achievement in the existing accomplishments of Palestinian cinema.

Bseiso said that given the necessary professional platform and financial resources, the Palestinian creative sector has produced great works of cultural pride universally, not only for the Palestinians.

Editor of the Palestinian Rumman Cultural Magazine Salim al-Beik told Al-Monitor that “It Must Be Heaven” reflects Suleiman’s professional evolution, claiming that the film signifies the zenith of Palestinian film production to date.

The silence embodied by Suleiman in the film — he appears in every scene of the film but only utters four words — is a continuation and development of the style of his first film, "Chronicle of a Disappearance," he said, explaining that silence to Suleiman is "a mode of resistance." This is evident in his latest film where he carefully observes the gunmen around him in each of the three cities with a cynical and sharp critical eye.