The gentrification of Tel Aviv

In 1948, several hundred families were sent to settle a piece of land on the northern outskirts of Tel Aviv, but today the land is valued at billions of shekels and the residents battle a real-estate tycoon over eviction. 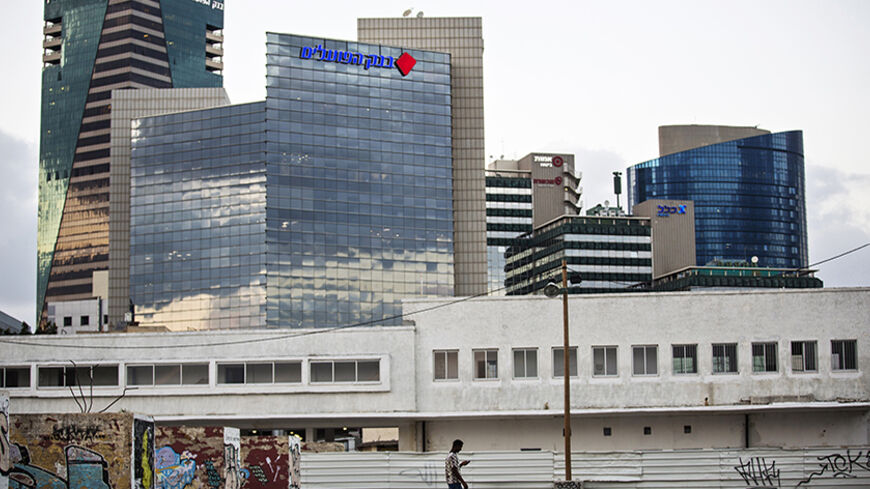 A man walks by as buildings are seen in the background, in south Tel Aviv, July 17, 2013. - REUTERS/Amir Cohen

As misfortune would have it, several Tel Aviv families have found themselves at the center of controversy over real estate valued at billions of dollars. To a certain extent, these families can count themselves fortunate to be living on one of the most expensive plots of land in Israel, if not the most expensive. Barring unexpected developments, the familes are supposed to reach an eviction agreement and to move elsewhere — or to be forcibly removed, without an agreement.

The story begins with the birth of the state. As the 1948 battles for Israel's independence were waning, several hundred Jewish families were sent to settle a swath of land in the north of Tel Aviv, which had emptied out after its Arab residents fled or were forced out. Its name was changed from the original Arab name "Jamousin" to the Hebrew, Givat Amal. The residents, who were asked by the authorities to move there from a poor section of southern Tel Aviv, built shacks, erected tents and began their new lives. But Tel Aviv was changing rapidly, it developed into one of the most modern and expensive metropolitan areas in the world. In recent years, dozens of spectacular high-rises have gone up, most of them in the north of town. They have attracted very wealthy Israelis and Jews from abroad who can afford to pay millions of dollars for apartments.

As the expensive construction kept expanding, it turned out that the neighborhood of Givat Amal, which had been settled in the early days of the state, was stuck at the heart of land designated as one of the country's most expensive residential neighborhoods. What was to be done? Try to force those veteran residents out, of course. But knowing that the land was pure gold, they stood their ground even more and refused to move. Four decades of legal wrangling ended with compensation of millions of shekels for several dozen families. But others are refusing to leave. The government has labeled them "squatters," while they see themselves as volunteers who heeded the call of the state in 1948 to settle that land.

Pioneering has turned out to be an elusive matter. As long as Israel was poor, those residents were considered pioneers who had answered the call of the young state. When it became rich, they became invaders and parasites blocking the development of the most luxurious skyline in the Middle East. To speed up the families' eviction, Givat Amal was excluded from all urban development projects and was left devoid of infrastructure and of access or exit roads. To this day, the neighborhood looks like areas of developing countries in which tin huts and crumbling shacks rub up against shiny skyscrapers. Several meters divide the poor from the rich. The latest Mercedes and Lexus models are parked alongside wrecks that were once cars and that no one bothered to remove.

The high-priced land was bought by Yitzhak Tshuva, an industrialist with vast business interests, considered one of the wealthiest people in Israel. He made his tremendous fortune by himself, began from scratch and reached the pinnacle of wealth. This week, in mid-September, the families tried to appeal to his conscience, carrying signs reminding him of his humble beginnings. Armed with a court order, some 200 police officers came to the neighborhood on Sept. 17, intending to evict the residents by force. Bulldozers brought to the site dismantled several of the shacks and leveled them, but not before the tenants were pulled out. It was a heart-wrenching sight: Suit-clad people representing the landowners, cops in riot gear and miserable residents looking on helplessly at the destruction being wrought around them.

Almost all of the neighborhood's residents have reached generous financial settlements with Tshuva's representatives. The rest are refusing to move. These are first- and second-generation successors of the original 1948 tenants. A year after the 1948 war, the first prime minister of Israel, David Ben-Gurion, referred to the future of Givat Amal. "All those who settled temporarily in Givat Amal or other places," he said in 1949 when asked about the evacuation of the neighborhood, "will be allowed to stay in place until they are housed in permanent quarters." The residents see this statement as proof that they were not squatters but rather emissaries of the state. Some of them framed and hung up on their walls copies of the words of David Ben-Gurion.

The two sides are likely to reach a satisfactory arrangement. Decades of struggle by residents of this poor neighborhood are about to end. Slowly but surely the last romantic vestiges of the nascent state are disappearing. Modern-day Israel is galloping forward, often at the expense of and on the backs of those who joined in its inception. Several years ago, experts estimated that the tiny plot of land on which Givat Amal lies could generate a profit of 4 billion shekels ($1.1 billion). In Israel, ruled by a free-market system, clearing the land was clearly just a matter of time.

In a matter of a few years, what was once considered a fringe neighborhood will likely become a cluster of shiny high-rises that will house the land's wealthiest citizens. These buildings will likely be given a new name of their own, instead of Givat Amal, something hip and trendy signaling, to some extent, the changes affecting the new Israel. The evacuees, who were fortunate to receive millions of shekels for their shacks, expressed concern that these high sums will nonetheless not suffice to buy an alternative apartment in Tel Aviv. This, too, is one of the conspicuous features of the most expensive city in the land, where only the moneyed can afford to live.