Iraqi clerics are showing wide support for historically persecuted minorities and working to dismantle the foundations of extremist ideology. 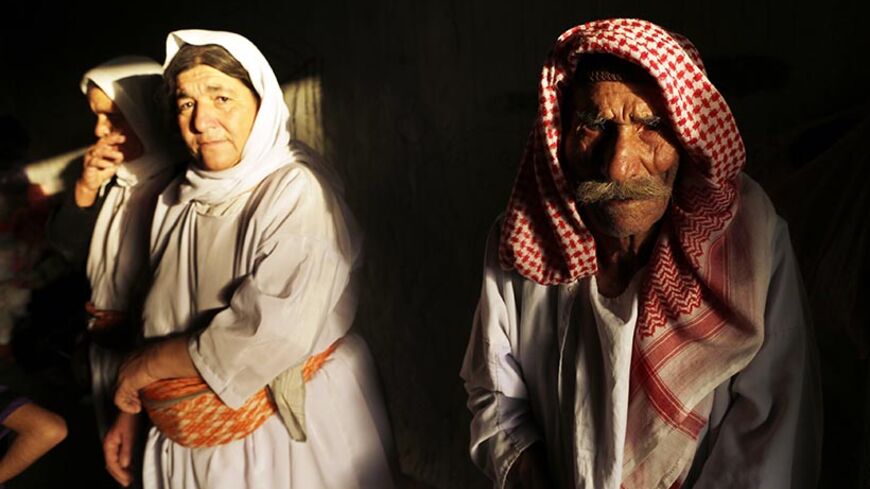 Displaced people from the minority Yazidi sect who fled the violence in Sinjar wait for aid at an abandoned building that they are using as their main residence, outside Dahuk, Aug. 25, 2014. - REUTERS/Youssef Boudlal

Iraqis of all religions, including Shiites and even Sunnis, have been facing serious tribulations. The theological foundations of the Islamic State (IS) need to be questioned and debunked so that they cannot be used as a pretext for extremists to persecute minorities.

Many clerics in Iraq have issued statements confirming the equality between all religions and criticizing some of the stereotyping of certain minorities. While Yazidis have been stereotyped the most, significant religious and social solidarity with the Yazidis is emerging, even among clerics and other religious leaders.

Iraqi cleric Hussein al-Sadr issued a fatwa on the massacre of Yazidis, writing on his website, "What is happening to our brothers in the homeland at the hands of terrorists saddens us greatly. It is an injustice, a crime and inhuman act that does not go in line with human and divine laws and there is no legal or religious justification for such acts."

He demanded that all Iraqis embrace minorities. "Protecting, embracing and helping minorities is a humanitarian, religious and moral duty. Our doors are open to receive them in the holy city of Kadhimiya. I ask all Iraqis to do everything in their power to help them and all other people who are being persecuted by terrorists, especially minorities who are helpless."

In an interview with Al-Monitor, Sadr said that many religious misconceptions need to be corrected so that they will not serve as a pretext for extremists to carry out their inhuman acts. He explained that religion was sent from God only to improve human life. It had come to serve men, not to be served. Religion should not be used to suppress and oppress people. It seeks to guide people on the path of self-improvement so they can enrich themselves with happiness and meaning.

Sadr said that Iraq cannot get rid of religious prejudice and marginalization without elevating the common denominator among all human beings, humanity. We are all human first and foremost, before belonging to a specific nation or religion.

The support from many clerics for the Yazidis' predicament has been widely welcomed by their followers. These people had been persecuted throughout history, and this is the first time they have witnessed such wide solidarity on the part of clerics. Anwar Muawiya, a Yazidi prince, sent a special thank-you letter to Sadr, of which Al-Monitor secured a copy. He wrote, "Yazidis will never forget this honorable and historical stance."

A delegation of the committee for Yazidi affairs met last week with Sadr to thank him for his role in protecting Yazidis in the hardships they had been facing. During the meeting, Sadr said, "What happened to Yazidis was a tragedy in every sense of the word, condemned by all humanity and the civilized people of the world."

"It is hurtful to see that what happened was carried out in the name of religion by a group that claims to represent religion. God has honored man for his humanity, regardless of any sect or doctrine. Our religion states: ‘We have honored the sons of Adam.’ The spilling of one drop of blood is greater than demolishing the Kaaba 70 times," he added.

These supportive statements were not limited to one figure, but represent a wide phenomenon in Iraqi society that can be seen in the statements of Shiite leader Ali al-Husseini al-Sistani and the weekly sermons of his spokesmen. New religious institutions in Najaf have also adopted a humanitarian rhetoric in dealing with other sects and minorities.

Importantly, the Al-Khoei Foundation in Najaf, one of these religious institutions, has been making strenuous efforts to support religious minorities. It is receiving a continuous stream of their leaders in Najaf and participating in many projects to prevent their persecution, including the establishment of the Iraqi Council for Interfaith Dialogue.

Further highlighting this positive development in the face of religious extremism, large segments of Islamic communities are opening up to others, offering basic reformist views to create a different religious rhetoric. This is exactly what is needed today to fight extremist ideas promoted by radical Islamist groups.