Jokes about the founder of the Islamic Republic of Iran circuiting on WhatsApp and Viber has resulted in the judiciary ordering the communications minister to close the mobile messaging platforms. 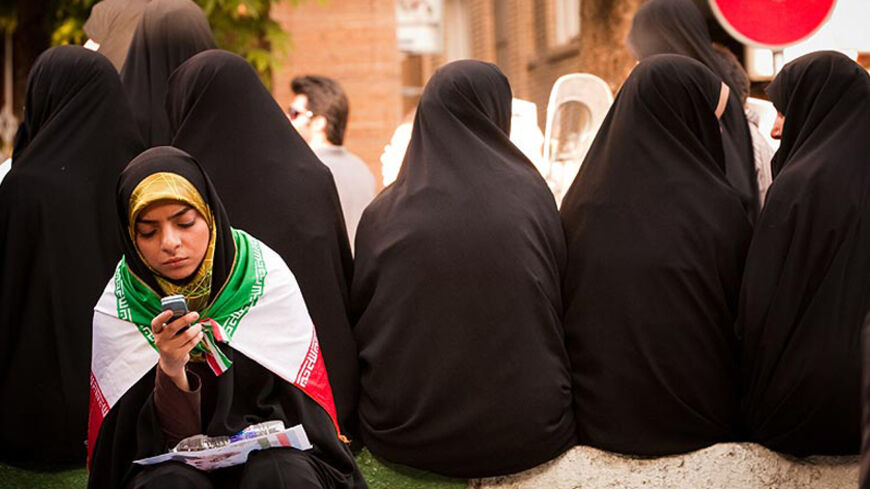 It appears that Iran’s judiciary’s patience with President Hassan Rouhani’s communication minister has run out after previous orders to block mobile messaging services have been ignored. Gholam-Hossein Mohseni-Ejei, who is Iran’s top prosecutor and first deputy of the judiciary, wrote an open letter to Communications Minister Mahmoud Vaezi on Sept. 20 giving him a one-month deadline to shut down WhatsApp, Viber and Tango.

He wrote that the content was published on mobile messaging services such as “WhatsApp, Viber and Tango, some of which are managed technically and content-wise outside of the country by countries that are hostile to the system of the Islamic Republic of Iran.”

Mohseni-Ejei wrote that it’s been three months that Vaezi and his ministry had agreed to close certain social media networks and filter content and provide domestic social media websites, but “unfortunately, no productive action has taken place.”

“Therefore, with the orders of the head of the judiciary, Ayatollah Sadegh Larijani, a one-month maximum has been provided to take immediate action to prepare the necessary technical platforms for closing and controlling information on the aforementioned social networks,” Mohseni-Ejei wrote.

He added that if action is not taken, the judiciary will “take the appropriate measures” themselves.

In February, Mohseni-Ejei accused Vaezi of acting “unlawfully” when he refused to close WhatsApp. The Committee for Determining Criminal Web Content (CDCWC), which is headed by Mohseni-Ejei, had made the ruling to close WhatsApp. At the time, Vaezi refused, saying that there are no replacements for the social networking websites. While the Rouhani administration has no power over the CDCWC, they do head Supreme Council of Cyberspace, another body whose task is to monitor online content.

As Mohseni-Ejei addressed, the recent round of concern appears to stem from jokes circulating on messaging services about the founder of the Islamic Republic, former Supreme Leader Ayatollah Ruhollah Khomeini.

On Sept. 21, a commander of the Revolutionary Guard for Fars province said that 11 people were arrested for writing and producing jokes about Ayatollah Khomeini. According to Col. Ismael Mohebipour, the 11 individuals had “produced and republished insulting content against Imam [Ayatollah Khomeini].”

The arrested individuals were described as being the “main source” of the jokes that have been circulating lately on WhatsApp, Viber, Tango and Telegram. Mohebipour said that after being “observed” for some time by the Revolutionary Guard security forces for Fars province, they were eventually identified and arrested.

According to Mohebipour, the judiciary had issued their arrest warrants and “all of the accused individuals had confessed to their mistakes.”

Mohebipour said that while individuals feel safe using their mobile phones, there is the probability that Western spy agencies are the instigators of these insults to harm Islamic values.