The head of Iran's Basij has said that the organization is collecting money for reconstruction in Gaza. 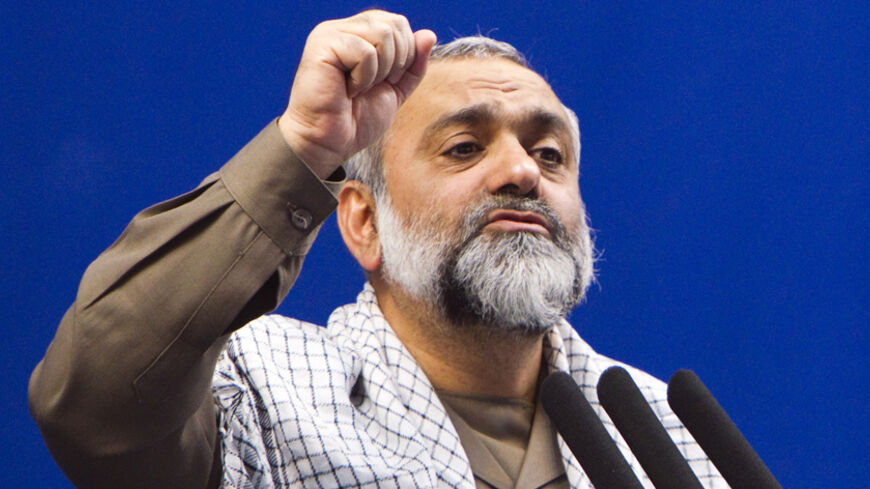 According to the head of Iran’s Basij forcesor, Commander Mohammad Reza Naghdi, relief and donation efforts have commenced for the reconstruction of Gaza after the 50-day war with Israel. A number of other Iranian commanders have also made statements about help from the Islamic Republic to Palestinian groups.

At a Sept. 28 press conference, Naghdi announced that a people’s committee for the liberation of Jerusalem would be formed soon, adding, “In consideration of the brutal attack of the occupying regime of Quds on the people of Gaza, and the closeness of the Day for the Assistance of Palestinian Children, we had consultations with friends at Imam Khomeini Relief Foundation and it was decided to begin the reconstruction help for Gaza.”

He did not offer specifics on the reconstruction efforts other than, “The Imam Khomeini Relief Foundation and Basij Organization have cooperated to prepare 40,000 Basij bases, mosques and hosseinyas [religious centers] for the reconstruction of Gaza.”

Naghdi added that help from the Iranian people should come in the form of cash donations rather than material donations because the lack of cooperation with Israel and neighboring countries made those types of donations more difficult.

Naghdi said that collection efforts would take place Oct. 1-3 and asked the national media to help spread the message, saying that they have the “prime responsibility in helping the people of Gaza” and should not let the “blood of Palestinian martyrs go to waste.”

The Imam Khomeini Relief Foundation was started in 1979 as a charity organization to help poor families in Iran and across the world. It receives both government funding and private donations, and its blue-and-yellow charity boxes were at one time ubiquitous on Iranian streets.

During the latest Israel-Gaza war, which started in early July and killed 2,100 Palestinians, mostly civilians, and 72 Israelis, mostly military, Iran’s Supreme Leader Ayatollah Ali Khamenei said that there are only two solutions to end the fighting: hold a referendum, or “The West Bank should be armed like Gaza.” Various Iranian officials have made statements in support of these statements.

Naghdi had previously held a ceremony for hunters and villagers to donate their rifles to Palestinians. When asked about them at the press conference, Naghdi said that some of the arms had already been delivered and others would be delivered soon.

Deputy Chief of Staff of the Iranian Armed Forces Gen. Gholam Ali Rashid said that some of Iran’s commanders had a physical presence “advising the Palestinian resistance,” and that Iranian advisers were also helping Lebanon’s Hezbollah and the Iraqi military.

In an interview with Tasnim News Agency, General Amir Ali Hajizadeh, the head of the Revolutionary Guard Corps’ Aerospace Force, said, “We are pursuing equipping the West Bank according the statements of the supreme leader because it is the demand of the commander-in-chief.”