Is Israel most important strategic US ally in the region?

US President Barack Obama might follow in the footsteps of Presidents George H. W. and George W. Bush by forcing diplomatic concessions on Israel. 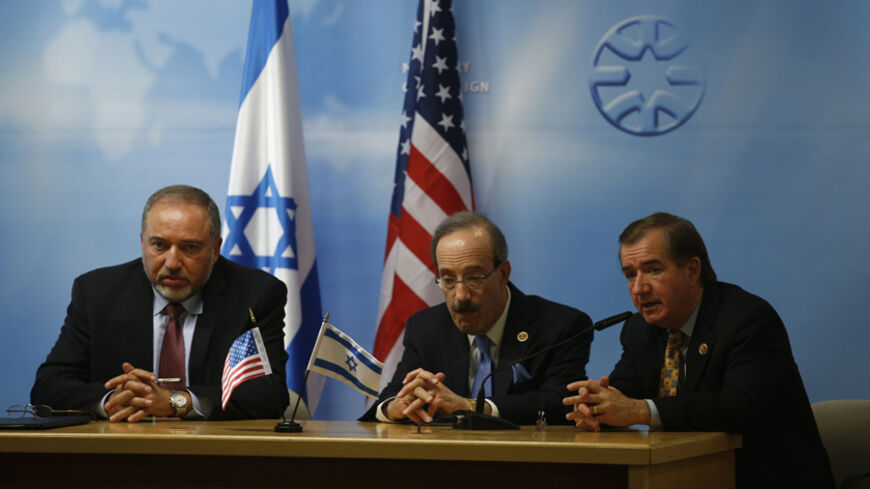 Listening to US President Barack Obama’s Sept. 10 speech to the nation about the military campaign against the Islamic State (IS), it was hard not to recall the declaration of war by President George H.W. Bush against Iraq's former leader Saddam Hussein. In the first Gulf War, just as today, the US administration enlisted a group of Western and Arab states to form an international and regional coalition. Then, too, the coalition faced a common enemy that sent violent tentacles from Iraq into its surroundings, near and far. What’s more, 23 years ago, Israel was left out of the military arena. The late Prime Minister Yitzhak Shamir responded to Bush’s pleas and reined in his government colleagues, who demanded a forceful Israeli response to the barrage of rockets fired from Iraq into the heart of Israel.

Today, too, while IS is advancing toward its borders, Israel, the closest US ally, is looking on from the sidelines as the superpower and its partners take action. Secretary of State John Kerry and Defense Secretary Chuck Hagel both bypassed Jerusalem in their recent trips to the region. Once again it’s time to ask whether Israel is, in fact, the most important strategic US asset in the region. Prime Minister Benjamin Netanyahu, a leading advocate of this thesis, was forced to console himself with the front-page headline of his home-team newspaper, Yisrael Hayom, which quoted an anonymous “Western diplomat” as telling Reuters that Israel had provided the coalition with intelligence information and satellite photos.

Nonetheless, as far as the Israeli side is concerned, there’s a significant difference between the first Gulf war and the battle against IS. In the early 1990s, the leaders of the Arab states that were part of the coalition — headed by Saudi Arabia, Egypt and other Gulf states — were unwilling to accept Israel into the club under any circumstances. But since the start of the millennium, these same states have not only been willing to recognize Israel and its right to exist securely within the 1967 borders — they propose establishing “normal” diplomatic and economic ties with it. If the option of partnership in a Middle Eastern coalition was not even an option for Israel then, since March 28, 2002, the day the Arab Peace Initiative was born, Israel has consistently been missing the opportunity to become a respected member of this club. Had it heeded the pleas of the Arab League to adopt the initiative as the basis for negotiations, it might have been awarded entry.

It’s too soon to foresee the outcome of the current campaign being waged by the United States in the region, but one can determine that just as Saddam dragged Bush into the Middle East in 1991, and a decade later al-Qaeda dragged his son to the region, so IS brought Obama into the same quagmire in September 2014. Bush Senior understood that ending the Israeli occupation of the territories and resolving the Israeli-Arab conflict were essential in keeping together the coalition’s Gulf war achievements and upgrading it. On the day after the war, the 41st president of the United States dragged Shamir to the Madrid Conference and sat him down next to the representatives of Palestine, Syria, Lebanon and the Gulf states. He forced Shamir to choose between advancing the Madrid process, getting economic aid and preserving Israel's special relationship with the United States, and advancing the settlement enterprise, derailing the diplomatic process and hurting the ties with the United States and all that entailed.

President George W. Bush also understood that his vision of advancing democratization in the Muslim regimes in the Middle East required that he act against the Israeli occupation of the Palestinian territories. That was how his two-state vision came into the world, and a year later bore the road map that pushed late Prime Minister Ariel Sharon into the disengagement from the Gaza Strip and the evacuation of four settlements in the northern part of the West Bank. Sharon’s disengagement from the diplomatic process with Palestinian President Mahmoud Abbas drove Gaza straight into the arms of Hamas.

Now Netanyahu is taking advantage of the demonization of the Islamists to portray Hamas as a twin brother of the IS organization. Obviously, one doesn’t talk to IS. One simply shoots. By the same reasoning, Netanyahu believes that as long as IS' "double" in Gaza rules a significant portion of the area designated as a Palestinian state in any permanent arrangement, one cannot demand that Israel renew negotiations. This rule, according to Netanyahu, is valid as long as Hamas is a member of the Palestinian Authority government.

The Obama administration has so far rejected Netanyahu’s formula whereby Hamas equals IS and is refusing to let Operation Protective Edge be an excuse for not resuming the diplomatic process. In her Sept. 12 daily briefing, State Department deputy spokeswoman Marie Harf said that there was a significant difference between the aims and capabilities of the two organizations. The Sept. 11 Washington visit by Israel’s Minister for Intelligence Affairs Yuval Steinitz provided the Obama administration with a wonderful opportunity to present its views and its current priorities, which are totally different from Israel’s. The State Department statement issued at the end of the visit read that the sides had discussed the need to help the residents of Gaza and to strengthen the Palestinian Authority, and expressed concern over the continued Israeli construction in the West Bank. There was not a word about the Iranian nuclear program, Steinitz' stated central goal on the eve of his trip.

It stands to reason that if Obama manages to stop IS, the Arab and European partners will demand that the president display the same kind of determination toward the Israeli occupation. Shamir once believed that he had it in his power to bring Bush to his knees and to have the best of all worlds. In the end, he lost his office and paved the way for the Labor Party, under the leadership of late Prime Minister Yitzhak Rabin, and for the Oslo Accord. If Obama takes the same road as his predecessors on the day after the war and decides to pay his Arab partners in Israeli currency, the gains of the US coalition could be the loss of the Israeli coalition.