While there are some competent officials in Iranian soccer, politics and the Revolutionary Guard still wield too much influence. 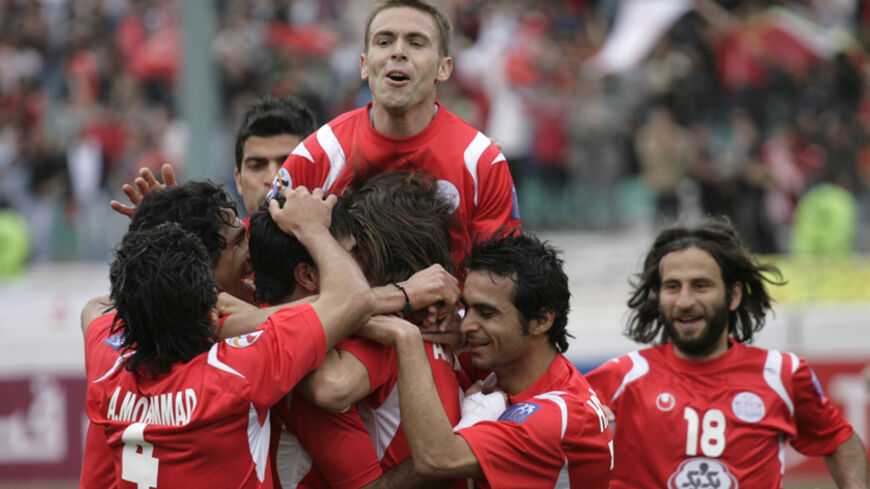 A correspondent in Tehran
September 24, 2014

Ali Daei, who holds the record for most international goals in history, was suddenly dismissed on Sept. 10 as the head coach of Persepolis, the most popular soccer club in Iran, by the Persepolis Sports Club board of directors. The general manager of the club, who was against the decision and refused to announce it, was also fired. These dismissals once again brought up the question of whether, and to what degree, the government and the military organizations are interfering in the management of organized sports in general and soccer in particular.

Persepolis is the most popular Iranian soccer club and ranks in popularity even higher than Esteghlal, another popular Tehran club, and boasts supporters not just in Tehran but all over the country. It is considered the most successful Iranian soccer team in history. However, for the past six years, Persepolis has failed to win the championship of the Iran Pro League. This season, Persepolis had a disappointing start and managed to gain only eight points in its first seven matches.

This is the second time that Daei, “the legend of Iranian soccer” in the sports media, has been suddenly dismissed from a position. The first was when he was the head coach of Iran’s national team and it lost the 2010 World Cup qualifier match to Saudi Arabia in Tehran when former President Mahmoud Ahmadinejad was in office. Daei was fired that same night.

After this recent dismissal, Daei had an interview with the Islamic Republic of Iran News Network (IRINN) in which he claimed that the minister of youth affairs and sports, not the board of directors of Persepolis, was responsible for his dismissal. “It is an honor for me to have been dismissed once by Mahmoud Ahmadinejad and the other time by the minister of youth affairs and sports,” Daei said.

The former national team captain also gave a phone interview on Sept. 15 with the popular Iranian television show "Navad." He said that he had been dismissed as the head coach of the Iranian national team because he had refused to take part in Ahmadinejad’s 2009 election campaign.

The sudden dismissals of both the head coach and the general manager of Persepolis were so shocking that numerous social network users as well as news websites such as Tabnak named it a coup d'etat. The general manager of the club, Alireza Rahimi, published a letter claiming that Daei had been fired on the orders of Minister of Sports Mahmoud Goodarzi. More than two million people participated in a poll by "Navad" and only 12% of the participants believed that Daei should have been dismissed in the way he was. Close to 50% of the participants opposed him being fired under any circumstances.

Five out of the seven members of Persepolis' board of directors have no background in soccer or in the club. Hossain Kazempour Ardebili was a former representative of Iran to the Organization of the Petroleum Exporting Countries; Ali Asghar Moonesan was the general manager of the Mostazafan Foundation company Atisaz and the general manger of the Engineering and Development Organization of the City of Tehran; Mostafa Salimi was the mayor of district 21 of Tehran; Mehdi Khajevand is a lawyer; and Hamidreza Siasi is a factory owner and businessman.

In an interview with Al-Monitor, Mehdi Rostampour, sports analyst and former IRINN reporter, talked about the influence of the military and political figures on organized sports in Iran both before and after the 1979 revolution. “Sports in Iran, similar to art, culture and economy, is under the control of the government,” said Rostampour. “All the high-ranking managers, whether it is soccer or pingpong, have to be approved by the government.”

According to Rostampour, when it comes to organized sports, there is government interference even in the lower levels of the organization. The government decides who should be in charge and even the internal elections of federations and the provincial sports organizations are conducted by the Ministry of Youth Affairs and Sports. Military and political figures have a strong presence in organized sports. This was the norm prior to the 1979 revolution and the trend has continued well after it.

After the Iran-Iraq War ended and the Iranian economy flourished, the former generals who had fought started to participate in areas such as politics, economy, culture and sports.

For example, Aziz Mohammadi is the former head of the Premier League Organization and the current head of the Union of Iranian Football Clubs. A Reformist analyst who talked to Al-Monitor on the condition of anonymity said, “In recent years, all the primary individuals in the premier league have been members of the [Islamic Revolutionary Guard Corps (IRGC)]. The Premier League Organization earns a lot of money from ticket sales, advertisements and broadcasting rights. The Iran soccer industry is very corrupted because it is a money-making industry.”

Currently, Mehdi Taaj, a former IRGC member, is the head of the Premier League Organization. Back in May, he had predicted that in the next two years the organization would earn $125 million. In 2012, Aziz Mohammadi gave an interview with Khabar Online during which he justified the presence of IRGC members in organized sports, saying, "A military man is like an athlete. He has discipline and organization, both of which are necessary for management. Before the revolution we also had generals who were involved in organized sports. Everywhere in the world the military personnel are involved in sports management.”

The former general manager of Persepolis, Gen. Mohammad Rouyanian, used to be the head of traffic police of Iran. He was arrested last year on corruption charges.

It appears that with the new administration of President Hassan Rouhani, who emphasized the rule of law during his presidential campaign, there is less interference from military and political organizations in organized sports. However, if Daei and Rahimi’s claim about Goodarzi being responsible for their dismissal is true, then we can conclude that the new administration is eager to maintain its influence when it comes to soccer.

Some claim that not much has changed at all. Rostampour said, “The new administration has not really behaved all that differently from the previous one. It is true that people who have been appointed by the new administration have more background in sports than those who were appointed by the previous administration, and the minister of sports himself has a notable academic background. However, the way he dismissed the general manager of Persepolis is not all that different from the way pervious officials were conducting business.”