Privatization of soccer clubs in Iran

While soccer clubs lose money, their social base of support is an attraction to Iran’s government. 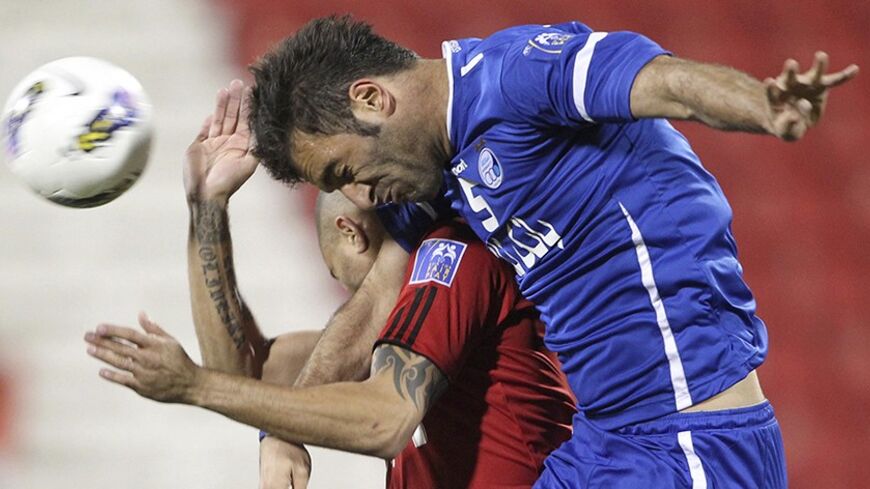 This week, Iran’s minister of sports and youth, Mahmoud Goudarzi, appointed Amir Reza Khadem, former wrestling world champion and member of the Tehran City Council as the ministry’s special representative in the process of privatization of Tehran’s most prestigious soccer clubs, Persepolis and Esteghlal. This appointment was welcomed by leading stakeholders as a positive step in resolving a lasting issue in the country’s soccer scene.

Incidentally, the plan to privatize these two popular soccer clubs has been stalled since 2005. In fact, these two entities were put on the privatization list in accordance with the provisions of the fourth five-year development plan. Mohammad Khatami's government then took the first step and authorized the Iran Privatization Organization (IPO) to prepare the two clubs for privatization. However, after the change of government in 2005, the plan was put on hold indefinitely and without any clear explanation.

Since 2009, various attempts to present the clubs for privatization faced administrative and legal challenges, mainly due to the fact that they were both major loss-making entities. In fact, none of these clubs could survive without massive financial support from the government. Transparent and audited accounts and financial reports are a prerequisite for the initial price offering of any entity that is introduced into the Tehran Stock Exchange, hence making it impossible for the IPO to technically start the process of privatization. However, the fact that these two clubs were not profitable had more to do with other inner-government financial practices, especially the nonpayment of broadcasting rights to sports clubs by the Iranian Broadcasting Company.

The change of government in 2013 raised hopes that a new approach could be adopted to this matter, both in terms of sports clubs being paid a fair share of broadcasting proceeds as well as stadium revenues, but also with regard to privatization plans. However, during his inauguration as minister of sports and youth, Goudarzi stated on Nov. 24, “I don’t believe that the problems of Persepolis and Esteghlal would be solved through privatization. We need to prepare the grounds in cultural and social terms. Our goal is to strengthen these two teams, but with a hasty privatization we may actually lose these clubs.”

While this statement irritated many stakeholders, the government produced another surprise by announcing in its documentation for the annual budget bill that both clubs are considered “profit-making.” This announcement has been in sharp contrast to the fact that both were close to being excluded from the Iranian soccer league due to enormously high debts. In the case of Persepolis, the club’s debts to its players compelled the players to go on strike last week. As an angry reaction to the players’ strike, Persepolis head coach, Ali Daei (himself a soccer legend and a successful businessman) criticized the ministry for failing to provide the allocated funds to the club, and also stated that he could ask “his friends” to come and buy the club and rid it from its financial troubles. This comment confirmed the suspicion that the government was impeding the privatization process.

A sudden sacking of the managing director of Persepolis, Ali Rouyanian, seems to have been in connection with the club’s financial situation, which may be a result of mismanagement. Rouyanian, the former chief of the Tehran police, represented the country’s military and security network that has always been interested in owning and managing leading sports clubs in the country. The new caretaker managing director, Ali Parvin — himself one of the country’s soccer legends — immediately announced that the club’s debts stood at more than 600 billion rials (about $25 million), i.e., fourfold the club’s annual budget and much higher than the latest valuation of the club that stood at 450 billion rials in 2012.

So, if these clubs are loss-making, why are governments hesitant to privatize them?

The minister’s reference to “losing these clubs” points to the important fact that the real value of these entities — and other similar clubs — is not of economic nature. Essentially, the main value of clubs such as Persepolis and Esteghlal is their social base. They can easily attract millions of Iranians in social as well as political processes. Therefore, no government has ever agreed to privatize them. Keeping them financially deprived and dependent on the government will allow the government to control the nonfinancial benefits.

There are two important aspects: On the one hand, losing control over these clubs will allow the new owners — which could be private entities or military and revolutionary foundations — to utilize their social base for economic objectives, and on the other hand, control over the vast social bases that these clubs have could potentially lead to security concerns for the regime as a whole. This concern explains why the country’s security network around the Islamic Revolutionary Guard Corps has been keen to control major soccer clubs by appointing former commanders as the managing directors of such clubs. Rouyanian's sacking and Parvin's appointment as the new managing director of Persepolis can be seen as a reversal of the process that was consolidating itself over the past few years.

At the same time, the latest pseudo-privatization of a soccer club transferred the club “Rah Ahan” to the holding company of Babak Zanjani, the Iranian businessman who is currently under investigation for corruption and embezzlement. That transfer in 2011 confirmed another suspicion, i.e., the government would only transfer the ownership of successful sports clubs to its trusted networks and not to genuinely private bidders. (Zanjani was closely affiliated with the previous administration.)

In light of all of these issues, it is interesting that the government has started a new process to prepare these clubs for privatization. Even the IPO has publicly commented on the process. IPO President Abdollah Pourhosseini recently said that the financial accounts of these clubs were incomplete and unaudited, hence the organization needed much longer to prepare the entities for privatization. However, he was hopeful that the clubs would be offered to the private sector by April 10. Also, Goudarzi’s decree to Khadem instructed him to provide “transparency of accounts and full cooperation with other responsible authorities.”

This new push may be connected to the ongoing criticism and pressure by the Asian Football Confederation that insists governments have to move out of sports affairs and national soccer federations should be nongovernmental. Evidently, as long as Persepolis, Esteghlal and other major clubs such as Tractorsazi and Foulad remain governmental, soccer affairs will be dominated by the government. At the same time, these concerns will lead to hesitations in a genuine privatization process.

It remains to be seen whether President Hassan Rouhani's government will manage to liberalize the country’s soccer affairs. The closed nature of the networks that have dominated this important sport have also increased the suspicion of corruption and mismanagement, which has also overshadowed the social and cultural utility of this popular sport in Iran.