Security ministries on hold in Iraq

Iraq's parliament has failed to vote on the candidates proposed by Prime Minister Haider al-Abadi for the posts of interior and defense ministers, letting the country slip down a dangerous path. 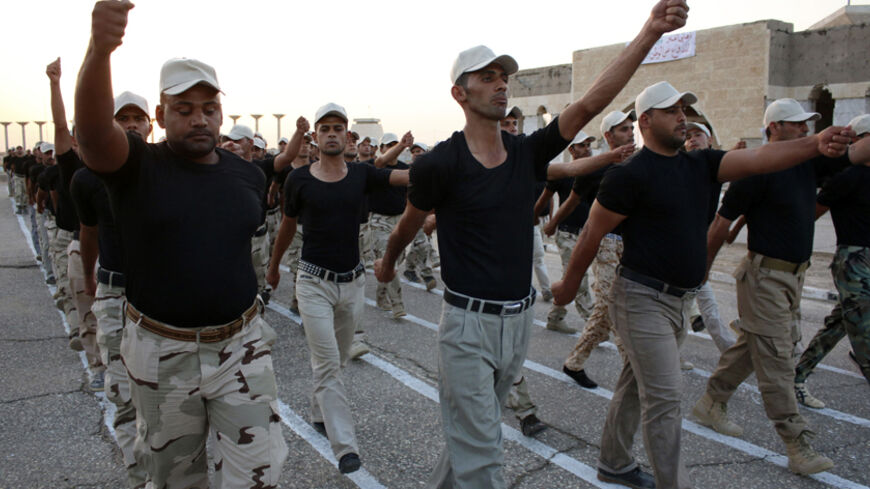 After four years of having a vacuum in the ministries of Defense and Interior, the issue has resurfaced in Iraq under complicated security conditions and as the country faces the Islamic State (IS) threat.

The Iraqi parliament failed to choose defense and interior ministers in its Sept. 16 session, refusing the candidates suggested by Prime Minister Haider al-Abadi. The session was adjourned for two days and the issue was suspended from the agenda until further notice.

During the session, no one asked how the Iraqi parliament had voted Sept. 8 for Abadi as prime minister, general commander of the armed forces and acting minister for the ministries of Defense and Interior, but refused to vote for Abadi’s candidates to assist him in his mission.

Abadi had firmly told the parliament that he would not be able to manage the security file without ministers of interior and defense, nominating candidates he found appropriate. The leaders of the parliamentary blocs asked for more time to deliberate.

The fact of the matter is that Iraq does not have time for stalled deliberations among the leaders of the political blocs. Abadi does not have endless options for his government, and the very real danger of IS, which is nearing Baghdad, threatens to jeopardize Abadi’s entire government.

Still, the Iraqi leaders insist on settling the issue by slicing the two most critical ministries in Iraq up like a pie for political sharing, and believe they have the time to do so.

The world is getting ready to start a war against IS, and Iraq will be its main battlefield. Before Abadi proposes another list of new candidates for consideration in the next session, the Iraqi political forces should redefine the objectives of the ministers of interior and defense. The tasks of these two ministries require wide coordination with the international alliance against IS, and they will take part in rebuilding the Iraqi army and police and preparing them to fulfill their security roles.

They face a critical mission to save Iraq, protect its unity and its territories and prevent social collapse. The security collapse and lack of vision by the security and military forces must be urgently remedied, and the parliament's failure to choose the security and defense ministers amid the international race to form an anti-IS alliance suggests that progress will not come quickly enough. Even when the parliament does succeed in forming these ministries, the practice of appointing individuals to positions based on personal and political relationships does not bode well for success.

The negotiations among blocs over this issue have become a bidding war. In only one week, several names were proposed; some of them more realistic than others. More names have been added daily to the political auction.

The ministers of defense and interior should not be selected on the basis of personal relationships. Instead, certain requirements should constrain the choices for these two positions, away from factional considerations. Their election should not breed divisions between the parties, blocs and figures, but bring them together to work.