US shuns tribal leaders who claim to have infiltrated IS

A group of tribal sheikhs want to visit Washington to convince US officials to drop Baghdad and give them direct support. 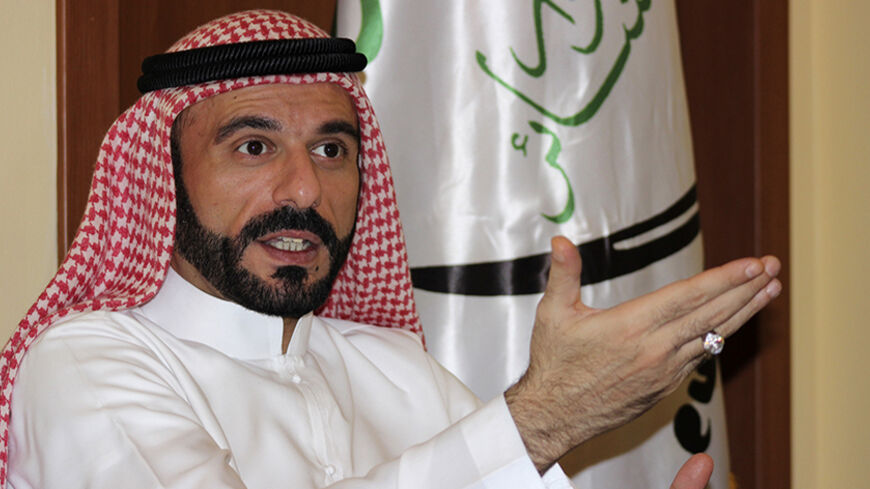 Iraqi tribal leaders on the front lines of the battle against the Islamic State (IS) are being denied an audience in Washington as the Barack Obama administration focuses instead on working with Baghdad.

Several tribal sheikhs say their tribes have infiltrated IS, also known as ISIS or ISIL, on both sides of the border with Syria and are ready to share valuable information with the US military that could be used to locate hostages, target supply routes and monitor recruitment efforts. There’s a catch, though: The United States must deal directly with them, not with a central government that they see as little more than a stooge for Iran that has been oppressing them for the past decade.

“I’m trying to put together a group of sheikhs to come here to Washington ASAP,” said Mark Alsalih, a US lobbyist for Sheikh Ali Hatem al-Suleiman, the emir of the largest tribe in Iraq and one of the leaders of the Sunni revolt against Prime Minister Nouri al-Maliki’s government in Anbar province. “These folks are coming with actionable intelligence. The tribes can identify with great accuracy where ISIS is, who’s supporting them, how they’re getting their money and even where they sleep at night.”

Alsalih said Sunni tribes are fed up with the extremism of IS, which he said imposes rules and restrictions unheard of in Islam.

Iraqi and Syrian tribal sheikhs have boasted of having hundreds of moles inside IS, Alsalih told Al-Monitor, as well as information that could help locate detained individuals such as freelance journalist Steven Sotloff. For the past month, he said, many have been trying to arrange meetings with US administration officials and lawmakers — to no avail.

“The US needs to work hand in hand with the Sunnis that have the on-the-ground intel and that are being targeted by ISIS,” he said. “There’s so many tribes that have battled it out with ISIS locally.”

The Obama administration, however, has made it clear it’s not interested in setting up such visits because it would undermine efforts to create a more inclusive government in Baghdad. The United States blames Maliki for inflaming sectarian tensions that fueled the rise of IS, and is hoping to convince his incoming replacement, Haider al-Abadi, to chart another course.

“US officials are in regular discussions with Iraqi groups across the diverse spectrum that makes up Iraqi politics, including Sunni tribal leaders, about how best to address their concerns and aspirations in a new government,” a State Department official told Al-Monitor. “However, the primary focus for all Iraqis right now needs to be working together to finalize government formation so that these issues can be addressed.”

Alsalih insists that’s not a recipe for victory.

There isn’t time to wait until political leaders in Baghdad set up a more inclusive government, he said. Maliki is still in control while Abadi has until Sept. 12 to put together a new government; meanwhile, IS continues its advance in both Syria and Iraq, capturing ever more equipment and territory.

“They’re growing day by day,” Alsalih said. “We don’t have the luxury of two, three weeks before we decide whether to even bring [the sheikhs to Washington] or not.”

Alsalih also expressed doubts anything would change under Abadi, a member of Maliki’s Islamic Dawa Party who had two brothers assassinated under Saddam Hussein’s regime. He said Abadi is a high-ranking Dawa member who has been with the party for more than 45 years.

Abadi has vowed to create a government that “involves all Iraqi factions." And President Obama has indicated that the United States would stay engaged to help make that happen.

"Our military action in Iraq has to be part of a broader, comprehensive strategy to protect our people and to support our partners who are taking the fight to ISIL," Obama said in a White House address on Aug. 28. "And that starts with Iraq’s leaders building on the progress they’ve made so far and forming the inclusive government that will unite their country and strengthen their security forces to confront ISIL."

Alsalih welcomed the president's engagement. He said that without US oversight an inclusive government is impossible.

"We greatly appreciate the commitment that President Obama has made and we hope it will be followed through," Alsalih said, "because with the right government in place will positively impact Iraq, the region and even reduce the terror threat worldwide."

But he remains skeptical.

“We think the Iranian influence is definitely still there,” Alsalih said. “We are taking measures to try to counter it.”

Those measures, he said, include securing more involvement from Iraq's other neighbors, including Turkey and the Gulf states.

Alsalih took on the Common Council of Iraqi and Arabic Tribes, led by Suleiman, as a client last month. For the past four years, he has also been representing the Tajdeed Electoral Slate of former Vice President Tariq al-Hashimi, who was sentenced to death under what he insists were fabricated charges by Maliki.

Both men have made clear that the United States shouldn’t be counting on Baghdad to take on IS.

“You can’t stop ISIS without the tribes,” Suleiman told CNN in June. “America shouldn’t think that the Maliki government can stop ISIS.”

Hashimi told The Daily Beast last month that the United States was making “another set of grave mistakes” by sending Special Forces advisers to help the Iraqi army.

“Definitely we consider all this military support to Nouri al-Maliki an alliance with Iran against the Arab Sunnis,” Hashimi reportedly said.

Alsalih accused forces loyal to Baghdad of misusing the information provided by the US advisers. He said that’s why the sheikhs want the United States to either equip tribal leaders, as happened during the so-called Sunni awakening against al-Qaeda in 2006-2008, or take out IS militants through tribal intelligence coupled with US military might.

“Maliki sources are taking the soft intel that the US provides to hit Sunni populations as part of the Iranian ethnic cleansing of Iraq,” Alsalih said. “No ISIS [fighters] are being killed by Iraqi government forces … it’s just women, children, hospitals, universities [that are being targeted]."

He accused Baghdad of conducting "barbaric and indiscriminate bombing" of Iraqi villages in western Iraq. Some of the pilots flying bombing runs in Iraq are believed to be Iranian, Syrian and Russian.

“We’re saying that we will work with the US to wipe out ISIS,” he added, “but pull out all these [Iraqi] troops out of western Iraq."

Alsalih said Iraqi refugees have told him that IS militants require “fighting-age males” in villages it takes over to denounce Shiites and the Baghdad government and makes them post their names at the local mosques or risk being killed. Al-Monitor sources in Iraq have heard similar accounts.

"If you haven’t, they kill you," Alsalih said. "The problem is that as ISIS moves from one town to another, SWAT teams come in from the central government — the first thing they do is go to the mosque to see whoever put his name on the list, go to his house and they kill him. They say, 'Oh, you’re with ISIS.'"

“That’s why there’s hundreds of thousands who have left their towns — because they can’t live under either condition.”

Alsalih insists that he doesn’t represent a sectarian Sunni group but rather a coalition of Sunni Arabs, Kurds and moderate Shiites.

"Anybody who’s opposing Iranian intervention in Iraq [or cares] for the welfare of the country … is welcome to join the effort," he said. "The people of Iraq from all sects and religions are sick of wars and upheavals and just want to live in peace for once."

“We’re hoping that by the fact that it’s not just Sunni grievances that we are addressing in Washington, it will then get more traction,” he said.

He said he’s in the midst of launching a new lobbying effort in Washington that would constitute a “strategic alliance” between the Iraqi and Syrian tribes, many of whom are related by blood.

"The amount of intel on both sides of the Syrian-Iraqi border," Alsalih said, "is immense and extremely valuable. But only if anyone would listen."