The head of the Syrian Kurdish security police forces, Ciwan Ibrahim, tells Al-Monitor that they are willing to cooperate with Turkey if it halts its support for jihadist groups. 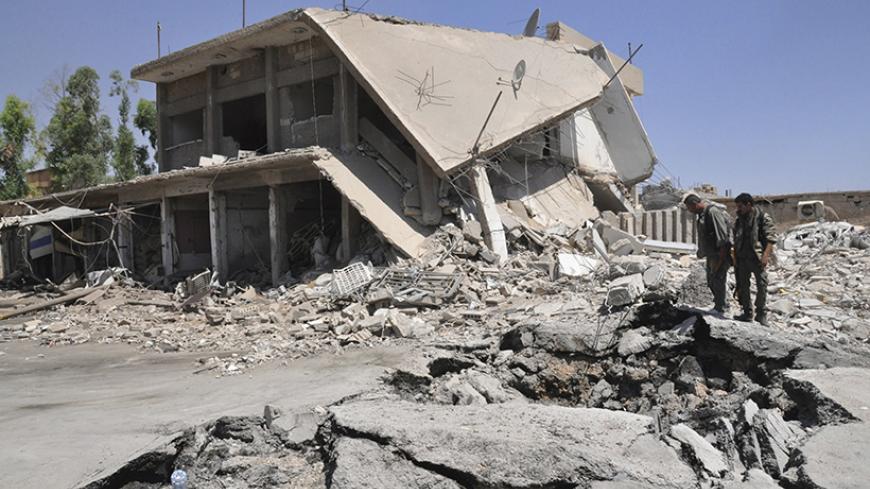 Residents inspect damage at a site which activists said was caused by a suicide bomber in the middle of a market last night in Tirbespiye village, east Qamishli, June 15, 2014. - REUTERS/Massoud Mohammed

QAMISHLI, Syria — The head of the Kurdish security police in northeast Syria, Ciwan Ibrahim, said that his security forces are willing to cooperate with Turkey if it ends its support for radical jihadist groups.

In an exclusive interview with Al-Monitor, Ibrahim accused Turkey of continuing to support jihadist groups such as the Islamic State (IS), which is in the throes of a major and vicious assault against Kurdish populations in Syria and Iraq.

The Kurdish security police, known as Asayish in Kurdish, operates in Syrian Kurdish cities to combat crime and terrorism. Amid the turmoil of Syria’s civil war, the Kurds established their own autonomous system and security apparatus in northeastern Syria in January.

The Asayish is seen as being affiliated with the Democratic Union Party (PYD), although Ibrahim denied any link to any political party.

Relations between the Syrian Kurds, steered by the PYD, and Turkey have been hostile, fueling repeated accusations from the PYD and the Asayish that the Erdogan government is supporting the radical IS, which is currently besieging the Kurdish enclave of Kobani and massacring Kurdish Yazidis in Iraq.

Ibrahim also accused the Syrian government of backing IS to prevent the Kurds from achieving autonomy in northeast Syria.

“Ali Mamlouk, the head of the intelligence, is responsible for all IS attacks in the Kurdish region,” he said.

The Asayish head rebutted claims that the Kurds sought independence from Syria, stating that they only seek to be part of Syria where all their rights are respected.

Speaking on the fight against IS, Ibrahim urged Western powers to provide technology to his forces to help beat IS.

“If they would support us some way with technology, we would not have this problem.”

Al-Monitor:  There have been media reports that Turkey is backing jihadist groups, such as IS and Jabhat al-Nusra. Do you agree with these reports?

Ibrahim:  Ankara supports radical groups. Near the border with Rojava [Syrian Kurdistan], a refugee camp is used as a training camp for jihadist fighters. They also support them with medicine and treat wounded jihadist fighters in their hospitals. Ankara does not control the border's security and allows Islamist groups to operate under the name Free Syrian Army, Islamic Front or IS. These groups are collaborating together in the Jazeera area against the Kurds to destroy the region.

Al-Monitor:  Why would Turkey support IS? Are they not a threat to Turkey?

Ibrahim:  The Turkish government is afraid of Rojava because of the new self-rule system here. Turkey does not want to happen here what happened in northern Iraq. If Turkey did not support people fighting our revolution, we would not have any problems with having ties with Turkey. They always say that we are the PKK [Kurdistan Workers Party], but we are not the PKK.

Al-Monitor:  Do you think ties with Turkey could improve in the future?

Ibrahim:  If Turkey changes its behavior regarding its support for radical groups, then we don’t have any problems with the government of Turkey, or the people of Turkey.

Al-Monitor:  Do you have any relations with your counterparts in Iraqi Kurdistan?

Al-Monitor:  There are accusations that the Syrian government has also supported IS. In June, Syrian Kurdish politician Abdullah Ahmad Qirtimini was assassinated and his son blamed it on the government. What do you think of these accusations?

Ibrahim:  The main security risks for us are the regime and IS. I can assure you 100% that there is a connection between the Syrian regime and IS. So far, the regime has not attacked IS bases because IS is fighting Jabhat al-Nusra and the Free Syrian Army.

Al-Monitor:  Is it just IS fighting the Kurds in the Hasakah region, or are there other groups as well?

Ibrahim:  Here in the Cizire canton [Kurdish for Hasakah province], IS and other groups have united to fight the Kurds. They are afraid of the Kurds and say the Kurds want their own country and want a piece from Syria. But the truth is that the Kurdish movement just wants the rights of Kurds. This whole situation is created by the Syrian intelligence. Ali Mamlouk united every group that did not accept Kurdish rights. They’ve turned the opposition into just IS. They want IS to fight Arabs who are not with the regime. Ali Mamlouk, the head of the intelligence, is responsible for all IS attacks in the Kurdish region. Damascus has failed in its attempt to unite all radical groups against the Kurds.

Al-Monitor:  Do you have problems with the Arab tribes in Hasakah province?

Ibrahim:  In Tirbespiyeh [Al-Qahtaniyah], some Arab tribes brought by the regime in the late 1960s and 1970s, and that are supporting IS, are trying to create problems. There are IS sleeper cells. Mohammed Fares’ tribe [the pro-government Tay tribe] can become an IS partner in the future and create problems in the region. The Arabs don’t mind who the ally is, they just want to fight the Kurds. In Sweidiah village, near Rumeilan, there are connections between the local Arab population and radical groups.

Al-Monitor:  Does that mean you have problems with Arabs?

Ibrahim:  We have a future to live all together. Our problem is the al-Qaeda ideology that came here and brought terror. It’s not an ethnic problem. Some Arabs accept the new Kurdish system, and some Kurds work with IS. We do not want independence from Damascus, we want to be a part of Syria, with all our rights.

Al-Monitor:  The West has not supported your struggle against jihadist groups. How has that hindered your fight?

Ibrahim:  If you fight terrorism, you need support, like from the West. They had explosions in London and Madrid. We need Europe and the United States to support us with technology. Detectors and explosive deactivators are needed to fight IS. If they would support us in some way with technology, we would not have this problem. 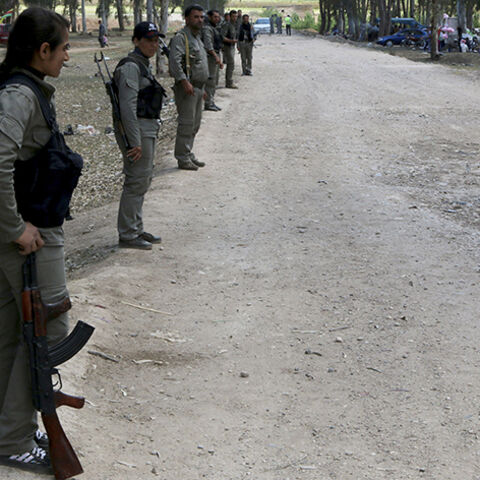 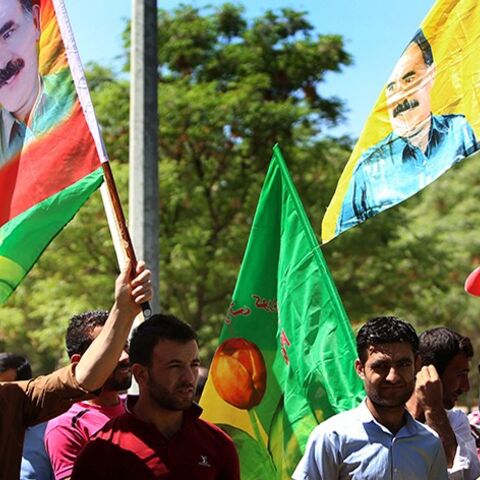