The Israeli public does not seem convinced by declarations that the cease-fire agreement is an achievement of Prime Minister Benjamin Netanyahu, and a defeat for Hamas. 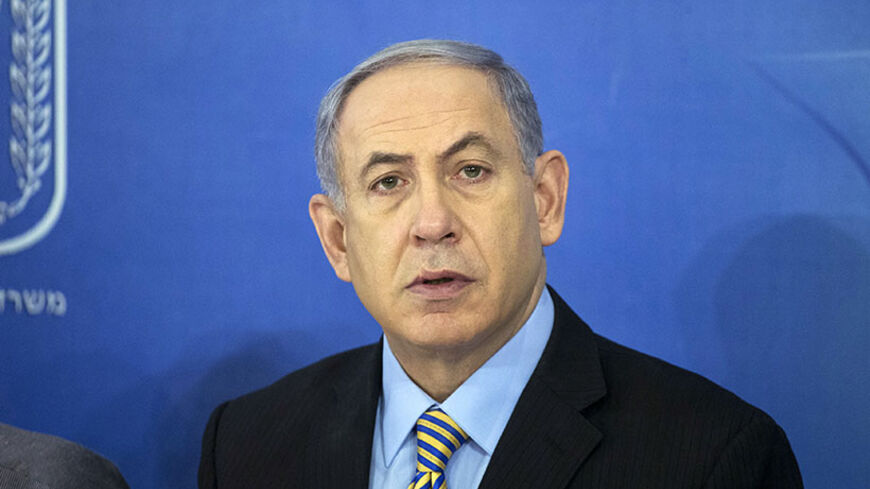 ”I lost trust in Hamas a long time ago, but now I’ve also lost trust in all the statements made by the Cabinet and the government. … [The residents of the communities close to the Gaza Strip] will not return to their homes until the prime minister and all the ministers can show me that there is an agreement assuring that this will not happen again,” said Chaim Yellin, head of the Eshkol Regional Council. He made this statement during an interview he gave to Israeli TV Channel 2 News on Aug. 26 as yet another cease-fire went into effect.

Yellin made these remarks while visiting kibbutz Nirim, where a mortar fell, killing kibbutz members Ze'ev Etzion and Shahar Melamed, just minutes before the recess in fighting. He sounded angry, exhausted and frustrated all at once. His statement was an authentic and accurate expression of what seems to be an unprecedented crisis of trust. On the one hand are the residents of the south and their local leaders, who have all suffered from incessant bombardments, and on the other is the government, particularly Prime Minister Benjamin Netanyahu and Defense Minister Moshe Ya’alon, who oversaw this campaign in the Gaza Strip and led the country to the current agreement.

Many of the people who lived along the Gaza border and abandoned their homes over the last few weeks say that they have no plans to return. Despite all the declarations that the fighting is over, the threat has not yet passed, at least as far as they are concerned. It is easy to understand their position. After seeing 11 cease-fires broken, including the relatively long one at the beginning, during which the chief of staff on Aug. 7 called on all the local residents to return to their homes, people living in proximity to the Gaza Strip no longer believe that the country’s leadership can provide them with the most basic level of safety. After toddler Daniel Tragerman's death from a mortar that was fired at kibbutz Nahal Oz, no one is willing to risk the lives of their children by returning to the south, as long as the cease-fire has not proved to be a long-standing and firm fact on the ground.

In that sense, the primary objective of Operation Protective Edge as declared by the prime minister — restoring peace and quiet to Israeli communities in the south — was never actually achieved. People living there still have no peace of mind, and only time will tell whether they have security.

Throughout the entire evening of Aug. 26, when the agreement was finally reached, Netanyahu tried to use his spokesmen to market the Cairo Agreement as an Israeli achievement. Their main argument was that most of the demands made by Hamas were ignored. And yet, after 50 days of fighting, 70 casualties, thousands of mortars and rockets and an uncertain future on the horizon, it does not look like the Israeli public will buy into what they are selling. Contrary to previous occasions, Netanyahu did not address the nation at a press conference on the eve of the agreement. The fact he did not do that this time only contributed to the overall sense that even he does not believe he has accomplished any significant achievement.

In the cities and towns of the West Bank and Gaza, people took to the streets to celebrate what they saw as a Hamas victory. The movement’s leaders came out of their bunkers to boast of their achievements. Meanwhile, the agreement was greeted in Israel with a bitter taste. Netanyahu is seen as someone who acted behind the backs of his own Security Cabinet just to reach a cease-fire agreement. Worried that he wouldn’t have a majority, he relied on the opinion of the attorney-general, who said that he did not require the Cabinet’s approval. Thus, he was able to block plans by HaBayit HaYehudi Chairman Naftali Bennett to torpedo the agreement if it was brought to a vote. By doing so, Netanyahu also spared himself a tumultuous and humiliating debate. Apart from Bennett, Ministers Avigdor Liberman, Yitzhak Aharonovich and Gilad Erdan had already told him that they would oppose the agreement, when informed of its details over the phone.

When push comes to shove, Netanyahu’s success in getting the agreement through was little more than a technical victory. It actually exacerbates the negative mood surrounding the conclusion of the military operation. If half the Cabinet already thinks that this is a bad agreement as far as Israel’s security concerns go, what will the rest of the Israeli public think?

It seems that Strategic Affairs Minister Yuval Steinitz, a longtime confidant of the prime minister, was the only person who agreed to appear on TV to defend Netanyahu. But even he had a hard time selling the campaign’s achievements. In an interview with Channel 2 he just said that this arrangement is “reasonable.” On the other hand, senior members of the Likud Party, who avoided any public criticism on Aug. 26  of the prime minister, said in closed circles that it's quite possible that they have reached a point where “Netanyahu has gone from being an asset to becoming a burden on the Likud Party.” As one of them said, “How is it possible to explain to the public that Netanyahu, who promised to bring down the Hamas government and mocked [former Prime Minister Ehud] Olmert for not completing the mission during Operation Cast Lead, is ending this long, drawn-out episode with his tail between his legs? It’s ridiculous.”

While the military conflict is coming to its controversial end, the campaign for public and political survival is only just beginning for Netanyahu. The prime minister began this operation from a strong position in the public opinion. He was praised throughout the fighting for his moderation in the use of military force. He is ending the campaign in a position of weakness. There are still no up-to-date polls that point to this trend. There is no really viable candidate to challenge Netanyahu for the position of prime minister. Yet, that political and public feeling is very obvious in today's Israel.

This could be the negative turning point in the way the public sees Netanyahu. It will not be long before attacks on the prime minister by Foreign Minister Liberman and Economy and Trade Minister Bennett become even more venomous and more damaging. They will find a way to mock the man who built his entire career on his expertise in fighting terrorism, but when the moment of truth finally arrived, was unable to defeat a terrorist organization with limited capabilities. During the 2009 election campaign, Netanyahu explained with self-assurance that contrary to Olmert he knew how to topple Hamas. Similarly, Bennet and Liberman carry no responsibility over the management of the situation, and from such a position, there is nothing easier than sabotaging and attacking. Liberman was already in a hurry to organize a visit on Aug. 27 for his faction members to the communities of the south. His initiative was designed to etch in the public conscience the fact that he would have conducted this campaign differently.

It's quite safe to assume that Operation Protective Edge will feature prominently in the election campaigns of Bennett and Liberman. As far as Netanyahu is concerned, he had better hope that this cease-fire is a long one.