Officials meeting on the sidelines of an Africa summit in Washington discuss the deteriorating security situation in Libya, while a Libyan businessman networks to run for president back home. 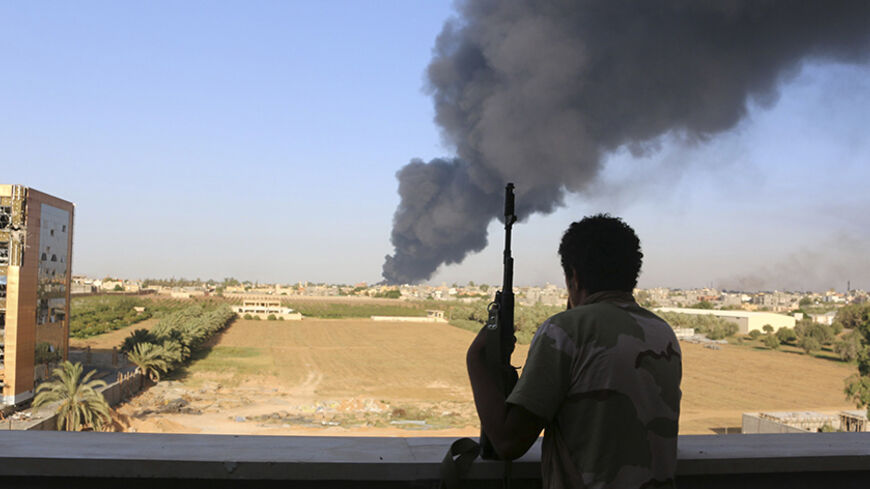 A fighter from Zintan brigade watches as smoke rises after rockets fired by one of Libya's militias struck and ignited a fuel tank in Tripoli, Aug. 2, 2014. - REUTERS/Hani Amara

Among the topics for discussion on the sidelines of this week’s Africa summit in Washington was the deteriorating situation in Libya, where militants have declared an “Islamic emirate” in the eastern city of Benghazi and are battling secular and tribal rivals in the capital, Tripoli.

Libyan interim Prime Minister Abdullah al-Thinni had a series of high-level meetings with Barack Obama administration officials, including Secretary of State John Kerry, White House National Security Adviser Susan Rice and Gen. David Rodriguez, commander of US Africa Command. Representatives from the United States, Libya, Algeria, Egypt, Morocco and Tunisia issued a joint statement on Aug. 6 expressing “deep concern about the political and security challenges facing Libya and the impact of these challenges across North Africa and the Sahel region.” They called on “all parties in Libya to adopt an immediate ceasefire and to undertake negotiations to address the country’s security and stability needs.”

Chances for a cease-fire do not look promising, however. Clashes in Tripoli have closed the airport to most international flights in recent weeks and many Western embassies have shut down and moved staff abroad. More than 2 million Libyans are now refugees in neighboring Tunisia, according to Tunisian President Moncef Marzouki, while another 1 million are in Egypt.

Libya’s neighbors are so concerned about the spreading instability that they may seek a UN Security Council resolution endorsing foreign military intervention, Karim Mezran, a Libya expert at the Atlantic Council, told Al-Monitor. Egypt and Algeria, both adamantly opposed to political Islam, are among likely contributors if foreign forces get involved, Mezran said.

Yet the dire situation has not deterred some Libyans from seeking high political office and acquiring US help to advance their ambitions. Bashir Musa, a Libyan businessman, has been making the rounds in Washington this week, laying the ground, he told Al-Monitor, to run for president of Libya — assuming the country is able to conduct elections.

Musa, who holds a doctorate in business administration from Headway University, says he has worked for a series of trading and other companies in Libya, including the Libyan Arab Foreign Investment Company. Musa has paid $350,000 to a lobbying firm called AUX Initiatives LLC to arrange meetings and speaking engagements, according to Gary Meltz, a former spokesman for Rep. Eliot Engel, D-N.Y., who is serving as a consultant to AUX Initiatives. 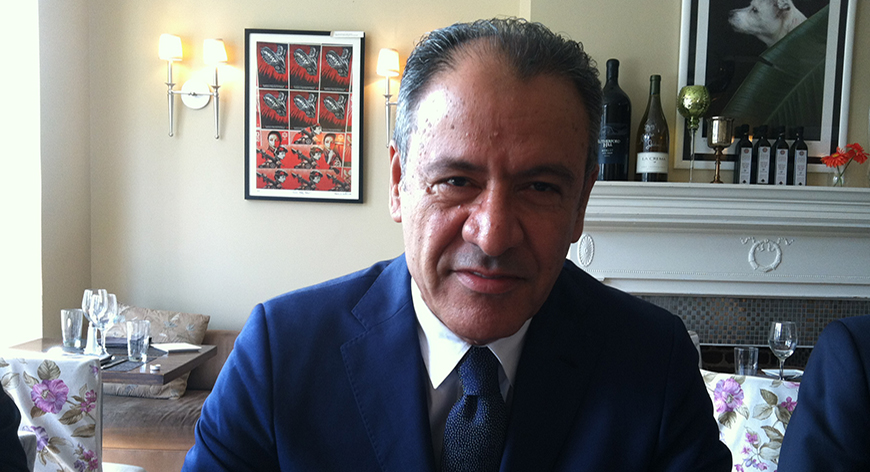 Meltz said that in addition to the meeting with Al-Monitor, he had arranged for Musa to speak to CQ Roll Call, a professor at George Washington University, the Middle East Institute, the US Institute of Peace, the US-Libya Business Association, staffers at the Department of Defense and members of Congress.

Musa told Al-Monitor that he is a moderate who supports negotiations to resolve the country’s myriad tribal and religious conflicts and opposes foreign intervention. Asked how Libya could defeat militant groups such as Ansar al-Sharia, which controls much of eastern Libya, without outside military help, Musa suggested that designating individual leaders as targets for economic sanctions could play a role.

Musa said he supported the revolution against the late Libyan strongman Moammar Gadhafi and provided money for medicine and other aid to Musa’s hometown of Bani Walid, south of Tripoli. When asked for specifics, however, he said he did not remember the name of the organization that provided the assistance.

Musa seems to be unknown among Libya experts at Washington think tanks and doesn’t appear to have much of a constituency in Libya. He came in fourth — with only five votes — among seven candidates for interim prime minister a few months ago but said the showing was the result of the fact that the parliament at the time was controlled by Islamists.

With the apparent failure of another would-be Libya savior, Gen. Khalifa Hifter, to defeat the Islamists on the battlefield, it is unclear how Libyan politics will evolve. A new parliament was chosen in June but had to meet in Tobruk, the easternmost city in Libya, on Aug. 2 because of the fighting in Tripoli. The session was boycotted by 30 of 188 members — mostly from the Libyan branch of the Muslim Brotherhood, which is based in Misrata.

Mezran said that “in theory, the congress should decide in 45 days when to hold presidential elections” and voting for that office might take place in the fall.

With its large oil reserves, a long Mediterranean coast, historic cultural sites and a small population, Libya has potential to be a very wealthy country if it can achieve stability.

Asked why he wants to be president of a nation with such a troubled past and in such present turmoil, Musa said it was not for “my own benefit or prestige. I am sure I can contribute to my people and my country.”