For the first time in the history of the Israeli-Palestinian conflict, the Israeli establishment will have to think twice before it embarks on what used to be an “easy war” against the Palestinians. 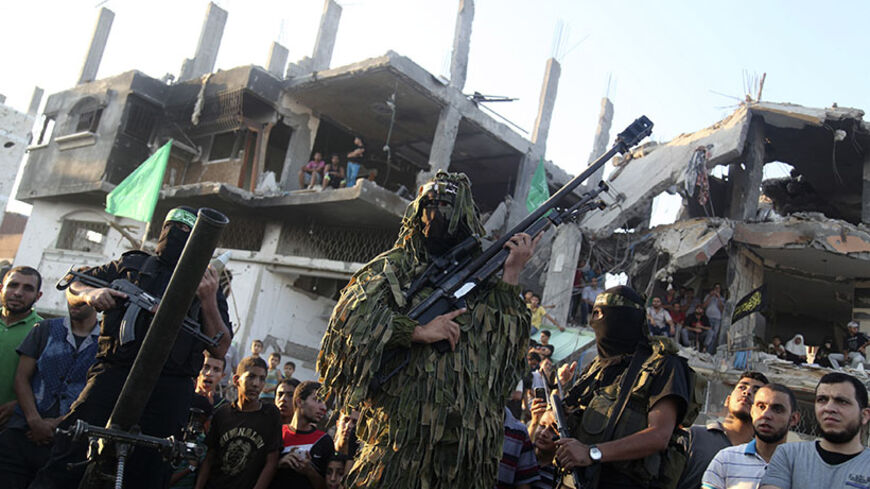 The extremely harsh way in which Israel executed its war on Gaza had one basic goal: deterrence. Although Israel might have partially succeeded in its deterrence strategy, an unexpected result was born during the war: mutual deterrence.

The strong and continuous Palestinian rocket response to the Israeli aggression did not cease until the very last moment before each cease-fire announcement. Israeli expectations that Hamas and the other resistance groups would simply run out of rockets or voluntarily refrain from firing them never materialized. On the last day of the war, Hamas broadened its attacks, using a new, previously unused element in its arsenal. The rockets fired from the Gaza Strip up until that point had not contained warheads. When Israel escalated its bombardments by bringing down 13- and 14-story buildings, the Palestinian fighters notched up their attacks by adding warheads to their rockets.

The birth of this mutual deterrence means that both sides, not just the Palestinians, will have to think long and hard before deciding to attack the other. It also means that the demands of the Palestinian people (not just Hamas), which will be negotiated after a month of quiet, cannot be brushed aside as before. In 2012, the Israelis had agreed to facilitate movement of people and goods, effectively lifting the siege, but once the attacks stopped, they reneged on their promises.

This time, Palestinians believe a failure to take their demands seriously risks a renewal of fighting. The drop in Prime Minister Benjamin Netanyahu's popularity among Israelis — from a high of 82% during the first days of the war to 38% by war's end — will be a deterrent to any Israeli official thinking about entering into what used to be considered an "easy war." The Palestinian public is aware of this newfound power. A survey by the Palestinian Center for Public Opinion showed that 75% of surveyed Palestinians believe that the deterrence capacity of the resistance has increased as a result of the war.

Israeli political and military officials were so drunk with power that they were unable to see that they might be forced into accepting an agreement with teeth and not the surrender by the Palestinians that they expected. Having given birth to this "balance of terror" will hopefully bring Israeli officials back down to earth. Gershon Baskin, an Israeli peace activist, revealed in an Aug. 23 posting on Facebook that on July 4, he had relayed a message from Hamas to the Israelis offering a return to the 2012 cease-fire agreement. According to Baskin, a senior Israeli army general dismissed the offer, telling Baskin not to interfere. “I didn’t [interfere] and they got their war,” said Baskin on Twitter.

A bigger bridge to cross, however, will be over the chasm between rhetoric and the reality on the ground. The war on Gaza began with an unproven allegation by Netanyahu that Gaza-based Hamas had been responsible for the kidnapping of three Israeli students, who disappeared from a West Bank area under the control of the Israeli army. Having committed himself to this rhetorical war against Hamas, the Israeli leader was then forced to follow up with a military war.

The anti-Hamas public frenzy whipped up meant that even a reluctant official had little choice but to commit to military action. If this newfound balance of terror means anything, it should translate into politicians being more responsible in their public declarations. By demonizing Hamas, the entire Israeli establishment became a runaway train, headed toward a destructive end.

The new mutual deterrence in Gaza, much like the balance of terror born out of the 2006 war with Lebanon’s Hezbollah, will likely produce a long period of calm. The quiet in Lebanon is the result of no Lebanese territory being occupied by Israel (the disputed Shebaa Farms aside). The same does not apply to the Palestinian areas, which continue to suffer from occupation, settlements and siege.

The calm expected as a result of this mutual deterrence, however, must not be mistaken for permanent peace. Abetting mutual deterrence by inaction and procrastination will be destructive to both sides. Active steps must be taken to fully lift the siege on Gaza, end the 1967 occupation and create a genuinely independent Palestinian state.