Disarmament of the Gaza Strip is too simplistic of a solution to the Israeli-Palestinian conflict as this has proven unobtainable for almost four decades and will not reinforce the fundamentals of a cease-fire. 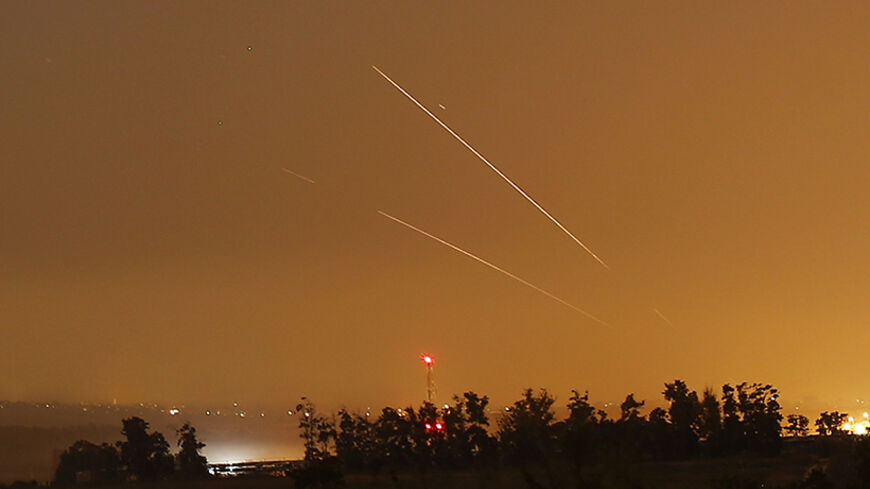 Light streaks and trails are seen as rockets are launched from Gaza toward Israel, Aug. 13, 2014. - REUTERS/Amir Cohen 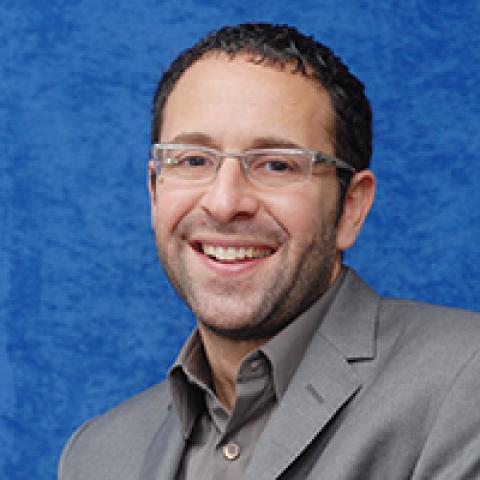 Demilitarizing Gaza is being touted as part of a solution to the fighting that has, over the past month, torn apart the small area of blighted territory.

Israeli leaders are making this demand; US officials are endorsing the demand; and Europe's foreign ministers have stated that "all terrorist groups in Gaza must disarm." Sensible as the idea may sound, however, it's a red herring — and a potentially dangerous one.

Israel is clearly justified in insisting on measures to protect its citizens from attack by rockets and tunnels from the Gaza Strip, but insisting that the territory be demilitarized now — in the absence of a wider political solution to the Israeli-Palestinian conflict — will not achieve the security Israelis have a right to expect. As Israeli Institute for National Security Studies fellow Benedetta Berti puts it: “At best, seeking disarmament on the battlefield is an unfeasible political proposition. At worst, it is a path toward further escalation.”

This is not to argue that arms should be provided to Hamas or other groups in Gaza or be allowed to flow freely. International and Palestinian Authority-supervised mechanisms for preventing unauthorized weapons from entering the territory were available before Israel’s devastating Operation Protective Edge, and they remain available. Those mechanisms should be utilized.

Demilitarization might even be agreed to by a future Palestinian state, were Israel ever to accept a full end to the occupation and genuine Palestinian independence. PLO negotiators have agreed to this in the past, although it would be advisable for provisions to be in place to guarantee Palestinian security, sovereignty and self-defense.

But even for those, myself included, who oppose Hamas’ methods and many of its goals, it's important to avoid being taken in by the Israeli government’s ploy of packaging a wholly illegitimate policy in the reasonable-sounding wrapping of demilitarization. Here are five reasons why.

First, demilitarization is impractical. Israel failed to achieve that goal during 38 years of permanent military and settler presence inside the Gaza Strip. Since its 2005 disengagement, Israel has launched four large-scale military operations against Gaza, and has maintained — with Egyptian support — a blockade on the territory, without managing to force Hamas to relinquish its arms. According to leaks in the Israeli press, during the current campaign Israel Defense Forces (IDF) chiefs briefed the Israeli security Cabinet that uprooting Hamas would incur hundreds of Israeli casualties over many months, followed by years of military occupation with no clear exit strategy.

Unsurprisingly, Israeli policymakers did not pursue the option. But what Israel itself was not prepared to do, it is now demanding from the Americans, Europeans, Arab states and the Palestinian Authority (PA). The idea that the PA can take control of Gaza and disarm Hamas without that movement’s consent has no basis in reality. It has no more real-world relevance than the expectation that Lebanon’s government and international forces would disarm Hezbollah after the 2006 Israeli war against that country.

Yet, Israel is insisting that the reconstruction of Gaza be made conditional on the realization of this chimerical goal.

Which brings us to our second point: The “reconstruction for demilitarization” formula proposed by numerous Israeli officials and commentators is an illegitimate equation that continues to impose collective punishment on Gaza’s civilian population. The Gaza Strip is in a dire state, facing severe risk of being uninhabitable by 2020 according to a UN report — and that was before this latest devastation that has destroyed some 16,000 homes and much critical infrastructure. Making the realization of Gaza population’s most basic humanitarian needs — the rebuilding of homes, water and electricity networks, hospitals and schools — conditional on Hamas being disarmed should be condemned as a shockingly indecent and inhuman proposition. Instead, Israeli, Egyptian and Western governments appear to be endorsing it.

Third, pursuing demilitarization is more likely to make the security situation worse, rather than stabilizing it and building on a cease-fire. Everyone knows the demand can’t be realized, yet failure to achieve it will be cited as Israel’s reason for keeping the siege in place. During previous periods of security quiet (January 2009-November 2012 and December 2012-July 2014) ordinary Gazans — let alone Hamas — were given very little incentive to maintain quiet. Quite the contrary. What for Israel were periods of quiet and normalcy, were for Gazans periods of not only blockade but also international indifference to their plight. Over the nine months of the most recent round of US-sponsored peace talks, for instance, Gaza was entirely ignored. Should Gaza remain under siege, a new round of violence is guaranteed.

Fourth, international experience teaches that the “demilitarization” demand is only plausible in a conflict where one side has been militarily defeated, or where a political settlement has been reached; neither of which has been the case in Gaza. South Africa, Northern Ireland and countless other examples demonstrate that political breakthroughs precede disarming, not the other way round. These are, as ever, imperfect analogies, but neither the ANC’s military wing Umkhonto we Sizwe nor Sinn Fein’s IRA could have been demilitarized prior to realizing core political goals of their respective struggles.

Fatah’s experiment in bucking this basic rule of conflicts — ending its armed struggle without securing Palestinian rights, an end to occupation or any guarantees thereof — has, from a Palestinian perspective, been a dismal failure. Hamas will not follow suit and turn Gaza into something akin to the West Bank, where the IDF operates with impunity against Palestinians. This West Bank model is an anomaly that is itself likely to prove unsustainable and certainly not something Palestinians are willing to replicate.

Finally, demilitarization is a distraction — it offers no way out of this conflict for either Palestinians or Israelis. For progress on Gaza, attention would be better focused on, for instance, the establishment of a port facility that would be less dependent on Israel or Egypt and could reconnect Gaza to the outside world. If third parties are looking for a mission, then forget demilitarization and push instead to create a Gaza port, quickly.

The demilitarization distraction is reminiscent of the three preconditions imposed on Hamas (recognize Israel, respect previous agreements and renounce violence) by Israel and mimicked by Western powers after Hamas' election victory in 2006. This endorsement by Western powers of Israel’s refusal to engage politically with Hamas on the assumption that it can be bludgeoned and blockaded into submission represents another failed policy that contributed to entrenching the conflict. Better to engage and to actively promote the nascent Palestinian political reconciliation.

Demilitarization looks set to become the latest mantra of obfuscation and evasion of the steps necessary to resolve the underlying Israeli-Palestinian conflict of which the Gaza war is but one symptom. Don’t fall into the trap.