Former Israeli and US officials see a resolution to Gaza that would boost Palestinian moderates led by Mahmoud Abbas over Hamas, and potentially, prospects for a two-state solution and broader Israeli-Arab accord. 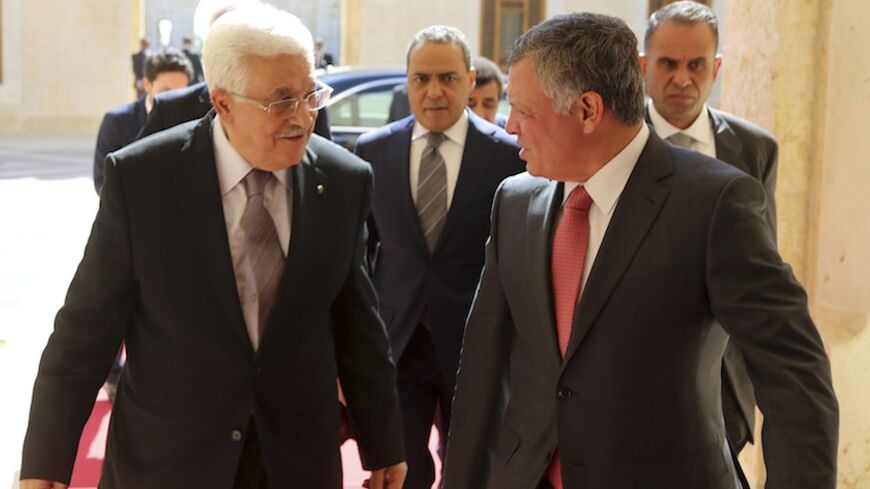 Even as Israel vowed on July 31 to continue its military campaign in Gaza until the network of Hamas tunnels was destroyed, the broad outlines of a longer term endgame for a more lasting resolution were emerging and being debated.

Former US and Israeli diplomats, security officials and regional analysts said that an agreement that would expand the presence of the Palestinian Authority (PA) in Gaza, starting with putting the PA in charge of Gaza’s internal border crossings with Egypt and Israel, was in the joint interests of Israel, the PA, Egypt and the United States to boost Palestinian moderates over Hamas militants.

Building off that formula could give Gazans more freedom of movement, the PA more political clout, and Israel more security, by reducing the flow of arms to Hamas and its overall influence — a goal shared by Egypt’s military government.

“I think that there is a common interest here between Israel, the Palestinian Authority [PA], the Egyptians and probably the Americans as well, to see a gradually growing presence of the PA led by Abu Mazen [Mahmoud Abbas] in the Gaza Strip, first in the crossing points, then at a larger scale within the Gaza strip,” Gilead Sher, former chief of staff to former Israeli Prime Minister Ehud Barak, told Al-Monitor in an interview on July 31. “I believe that there is an opportunity to gradually restore a more coherent control of the Gaza strip based on a stronger Palestinian Authority presence in Gaza. And this should be one of the outcomes of the current horrible bloodshed.”

“What I think should be the objective at the end of the road is of course to disarm Hamas as an independent military/terrorist organization — one of the most evil [organizations] that operates currently in the Middle East,” Sher said. “But it will take time, and better to do it with Mahmoud Abbas and the Palestinian Authority in control [of Gaza] than with any other means, either reoccupation or just to leave it as it is.”

Even as some of their goals align, the parties have other competing interests that are still playing out in talks on how to reach a cease-fire that have been going on in Cairo on and off for the past few weeks. Big questions also remain about how to get Hamas to sign onto any ceasefire plan that might not meet, in the short term at least, its demand for lifting the siege on Gaza.

“Egypt wants quiet for quiet, with the Palestinian Authority controlling the border crossings,” Michael Hanna, an Egypt specialist at The Century Foundation, told Al-Monitor in an interview July 30. “Hamas, the one thing they want to get from this is the lifting of closures … The PA can sell it, as we got to,back to Gaza. Israel, [that it] weakened Hamas, restored deterrence, stopped the rockets and got the PA back" into Gaza.

“As of last week, that is what a deal looked like,” Hanna said. “Now with talk of demilitarization," the prospects to get Hamas to sign onto a ceasefire become harder. There were also concerns about divisions within Hamas and its "ability to have a deal," he said.

Egypt also wants there to be a "gap period" between a near-term cease-fire, and a subsequent period of talks about broader terms for resolving the Gaza crisis, Hanna said. That is so that Hamas does not get strengthened by any ultimate agreement to ease the siege on Gaza, he explained.

Even as Egypt and Israel share the goal of weakening Hamas’ influence, Hanna said, Egypt is also wary of any Israeli designs to try to ultimately foist more responsibility for Gaza on Egypt, Hanna said.

“One thing Egypt will not abide is that ‘Rafah is the solution,’” Hanna said, referring to the Rafah border crossing between Gaza and Egypt. “Strategically, long term, Egypt thinks — and there is plenty of evidence this could be true — that [some in] Israel have the long-term plan for a three state solution,” where Egypt would administer Gaza, and Jordan would administer the West Bank.

Egypt is "not going to let that happen," Hanna said. "That is the longer term struggle for the future of Gaza that is being played out here.”

Former Israeli and US officials said it also remained to be seen whether Israeli Prime Minister Benjamin Netanyahu would be prepared to advance direct negotiations with PA president Abbas on a two-state solution. Doing so, the former officials argued, could further boost Palestinian moderates, led by Abbas, who have argued that diplomacy, and not Hamas’s terrorism, is the way to achieve Palestinian statehood. It could also be the price that Arab governments demand to deepen cooperation with Israel.

Israel went into Gaza “to hurt Hamas and degrade its capabilities,” Daniel Kurtzer, a former U.S. ambassador to Israel and Egypt, told al-Monitor on July 31. “As time passed, [Israel has] seen maybe an opportunity, with the degree to which Egypt quite openly, and other Arab states more in the background, seem to be supportive of what they are doing.”

What Netanyahu sees in the emerging alignment with Egypt and moderate Sunni states hostile to Hamas is "a security strategy: an opportunity to disarm or demilitarize Gaza,” Kurtzer said. “What you would want, but so far there is no evidence [of], is a diplomatic opportunity. And that is the part that is missing.”

“The question is going to be, if this does proceed, would the Egyptians, Saudis, Emiratis continue on this pathway with Israel if there is no political … pay-off for Abu Mazen [Mahmoud Abbas] and for the political side, which can go hand in hand," Kurtzer said.

“First of all, we have to start by understanding that, without a political horizon [to advance Palestinian aspirations for a two-state solution], no matter what we shall do on the economy or security or commerce or rockets … it’s only a question of time," until the next outbreak of violence, Ayalon, who also commanded Israel's Navy and served as a Labor party member of Israel's Knesset, told Al-Monitor in an interview July 31.

By political horizon, Ayalon said he meant “a political process which both sides, [the Israelis and the Palestinians] believe will take us to another political reality, which means two states."

As for exiting the current war in Gaza, Ayalon also thought there should be a ceasefire whose terms would ultimately give PA leader Abbas more political and financial clout in Gaza.