The head of the Atomic Energy Organization of Iran complained that the number of questions regarding Iran's nuclear program were increasing, despite Iran's cooperation and previous understandings. 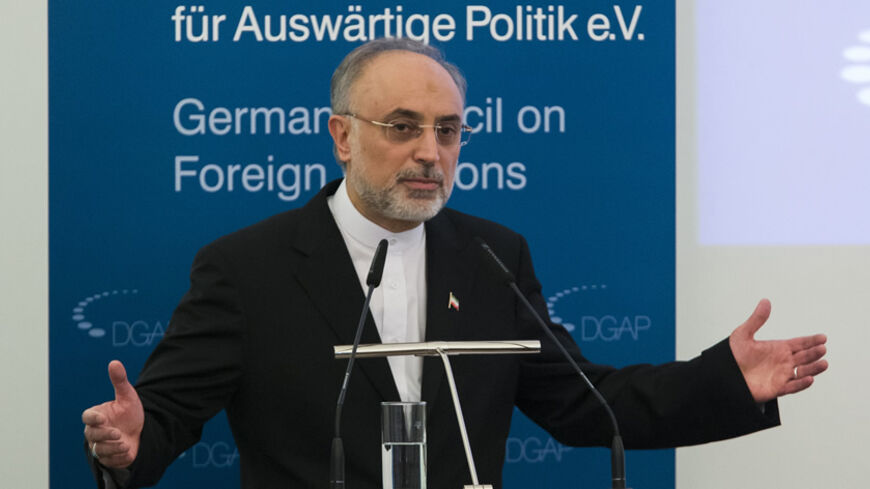 The head of the Atomic Energy Organization of Iran (AEOI), Ali Akbar Salehi, protested to the chief of the International Atomic Energy Agency (IAEA), Yuki Amano, regarding the increases in questions about Iran’s explosive detonators and the lengthy process of resolving questions about their nuclear program.

“In previous meetings, we had a memorandum of understanding that in consideration of the answers to the questions of the IAEA about EBW [exploding bridgewire detonator], for them to consider this issue to be closed; but they didn’t do this, meaning they want to consider it closed in a half way, which we protested against,” Salehi said on Aug. 18, according to Iranian Students’ News Agency (ISNA).

EBW is a type of detonator that can be used for industrial purposes, but also for the detonation of nuclear weapons. Salehi said, “In regard to EBW, before there were not more than two or three questions, but suddenly it turned to 60 questions, which we protested against.”

According to a May 2014 IAEA report, “Iran provided additional information and explanations, including showing documents, to substantiate its stated need and application of EBW. Iran showed information to the Agency that simultaneous firing of EBW was tested for a civilian application.” The reported added, “The Agency’s assessment of the information provided by Iran is ongoing.”

According to ISNA, Salehi also protested to Amano in regard to the duration of normalization for Iran’s nuclear program. Salehi said, “Two, three other countries, two Asian countries, one African country — which I won’t name — with citing their cases, I asked Mr. Amano how those countries’ problems were resolved so quickly? … I told Mr. Amano it’s clear that resolving the issue is very much affected by political affairs.”

Salehi said that Iran viewed the negotiations with the five permanent members of the UN Security Council plus Germany (P5+1) as a political issue, but the work with the IAEA as a “technical and legal” issue. “This time I hope the IAEA moves forward step by step with the P5+1,” he said.

Salehi also said that Iran does “not expect special attention to our demands. We expect the IAEA to move forward in an unbiased and professional manner, and we are also ready to answer questions but they [should not] constantly increase the [number of] questions.”

During his meeting with Amano, Rouhani reiterated Iran’s position that the country’s missile capabilities are non-negotiable. Iran’s Supreme Leader Ayatollah Ali Khamenei, who has the final say on the nuclear program, has also stressed that Iran would not reduce its nuclear capabilities.

According to Iranian nuclear negotiator Majid Takht Ravanchi, Zarif and European Union foreign policy chief Catheron Ashton will meet early September. In November 2013, Iran and the P5+1 reached a breakthrough six-month interim deal in Geneva. Unable to reach a comprehensive deal by the deadline, on July 18, both sides agreed to extend the nuclear talks until November 2014.