Botox on the rise among Iranian men

Iran’s Ministry of Health has announced that over the past year there has been a 20% increase in rejuvenation procedures received by Iranian men. 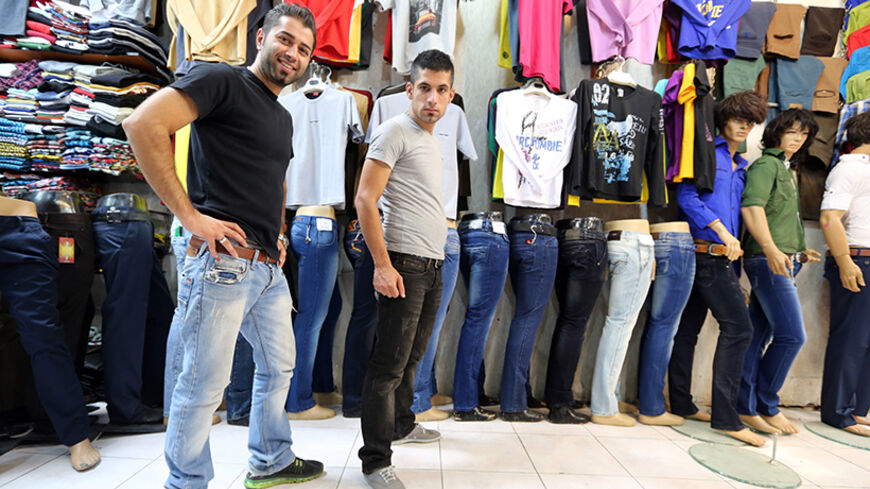 When Mohammad Khatami announced his candidacy for president the first time, rumors of the significance looks and clothing had to him, and the supposed time he spent in front of the mirror, were widely spread and harshly criticized by some of his opponents. These were points evidently proven right by Khatami's obvious attention to personal style, while the rumors were not denied by Khatami himself, either. In those days, however, there was no talk of Botox.

Khatami's obvious attention to personal style notwithstanding, he never bothered to deny the rumors. In those days, however, there was no talk of Botox injections. During Mahmoud Ahmadinejad's presidency, however, people were talking about obvious Botox injections in the absence of more substantive criticism.

Although most Iranian men traditionally spend much time on — and greatly care about — what others think of their looks, the administration has over the years cast a shadow over that kind of care and attention, defining it as emasculating and Western-influenced, and punishing men who dress elegantly at work unless they are physicians or lawyers. Introducing cosmetic rejuvenation procedures to men produced a shock, rather than a backlash, particularly since nothing could be done by the administration to prevent men from undergoing such procedures, which have become increasingly popular. Iran’s Ministry of Health has announced that over the past year there has been a 20% increase in rejuvenation procedures received by Iranian men.

“Honestly, I don’t sense a difference between the desire to be youthful in men and women. If women like to stay and look young, so do men. This is the stuff we’ve been brainwashed about since childhood: that a man’s masculine and mature characteristic dictates his roughness. That he shouldn’t want to look young or spend a lot of time in front of the mirror,” Amir told Al-Monitor in a phone interview.

Amir is a 52-year-old architect who regularly visits his ophthalmologist and gets Botox injections. He says he follows his wife’s trend:

“My wife started getting Botox right after we became grandparents, five years ago. She did not say so, but my hunch was that she didn’t want to look like a grandma, specially given her age (and mine). We were only 47 when our granddaughter was born. When my wife encouraged me to get Botox with her about a year afterward, I was all for it already. It has boosted my self-confidence greatly.”

Conservative commentators criticize Botox procedures done by men, their logic being not only what they refer to as a futile attempt to appear young, but also other elements such as the necessity of proper application and injection, the potential danger of the Botox used being imported from China and the importance of the conditions in which it is transported and stored. The critics’ choice of wording is quite interesting as well: the word they use when referring to Botox and generally when talking about men opting for Botox — potentially deadly botulinum toxin — is “poison,” emphasizing the chemical component of Botox, and avoiding the name of said “poison.”

Majid Abhari, a sociologist and a favorite of the administration, has time and again discussed what he calls the new obsession of Iranian men with Botox, and interprets it as a mental complex in which men see themselves as ugly, and increasingly struggle to beautify themselves, while women, since they are veiled and covered, perceive themselves as beautiful and therefore have higher self-esteem.

Abhari says he strongly believes that 60% of the tendency Iranian men have toward using Botox is due to their belief that Botox “could help them look handsome and rich, and serve as a positive element for their marriage endeavors.” He does not, however, mention where the 60% to which he refers is rooted. Other factors driving men to cosmetic surgery, Abhari says, are low self-esteem and loss of religious and social values.

Dr. Hamid is a general practitioner in Kerman who regularly injects Botox in many of his patients. In an interview, he told Al-Monitor that a few pro-administration and religiously conservative people have made his life difficult over his giving Botox injections in his office. “There is no difference whatsoever in the process of injecting Botox, and being a man or a woman on the receiving end is absolutely beside the point,” he said. “Somehow, however, I’ve started receiving and hearing complaints since I’ve been performing the procedure on men. On average, I have two male patients a week who usually become regular Botox-receiving patients, within the age range of 45 through 65. Though I am doing nothing illegal or underground, most of these complaints address the fact that I am not a specialist, which is totally invalid in the case of Botox treatment.”

Official statistics issued by Iranian state sources indicate that the number of people who visited a doctor — including specialists like ophthalmologists and dermatologists — was 2,000-3,000 a day, and the number of eager men who opt for Botox injections has risen considerably within the past year. These statistics show that over the past two years, an average of 100 billion toomans (around $31 million) is annually paid for Botox injections in Tehran alone.

Nariman, a 38-year-old electrician who mainly lives off installing satellite dishes and fixing satellite TV issues in a Tehran suburb, told Al-Monitor that he enthusiastically got a Botox injection in his forehead after months of hearing his wife’s complaints about his “old face.” He said, “I saved up and did it as a surprise. I returned home that day, really excited, couldn’t wait to hear my wife’s compliments. But as soon as she laid eyes on me, she started screaming and throwing things at me. She immediately left for her mother’s house.

“It took a lot of effort and several gifts to finally bring her back after almost three weeks,” he said. “She thought I was either having an affair or had turned gay, and made it quite clear that such sissy actions would not be tolerated in our household. But, I got a million compliments from my customers, mostly the ladies. A few of them asked for my doctor’s name and number. It was really heartwarming. Makes me want to go get more when this wears off.”