The director of Fars News Agency has proposed that Iranian and Russian news organizations cooperate to combat the influence of Western media. 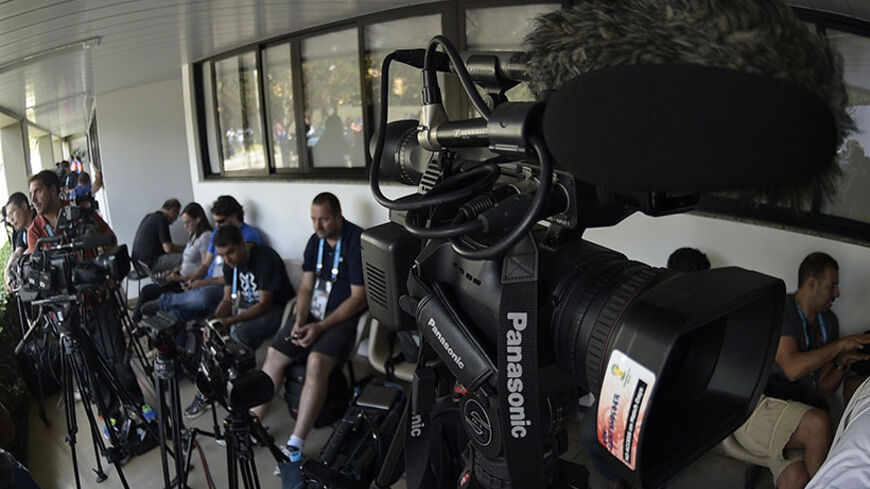 In a meeting with the Russian ambassador to Iran and a delegation of Russian journalists, the director of Fars News Agency, Seyed Nezamoldin Mousavi, said that the United States is a common threat facing both Russia and Iran and emphasized the need to for media cooperation between the two countries to counter Western influence.

“Iran and Russia have historically shared goals that have had many ups and downs, geographical borders and historical relations which we are all aware of today,” Mousavi said, adding, “Today there is a common threat against independent countries and in this field, and we have to put diplomatic pleasantries aside.”

Mousavi continued, “Today there is one particular power in the name of America, which is a common threat for Iran and Russia. The way America behaves with Iran it also behaves with Russia.”

He went on, “America, to spread its hegemony, cannot accept any independent power, and it confronts independent countries and people. … It uses common tools, such as democracy, human rights, sanctions, color and velvet revolutions, and the use of extremist groups.

“In the countries surrounding Iran, America has created potential threats and has tried to create instability. At the same time, it tries to create the same type of model with Russia.

“In the discussion of democracy, although there are free elections in Russia, the Americans don’t know Russia to be democratic. In regard to human rights, if an individual in Russia or Iran is imprisoned, all the Western media make noise, but if this takes place in America, the news is completely boycotted.”

Mousavi said that one of the biggest problems is that Russia and Iran receive information about one another through the Western media. He proposed joint Iranian and Russian coverage on the regional issues in the Middle East and Ukraine.

He described the influence of the West’s “hegemony in the media,” saying that Fars News has dispatched various teams to Syria to cover the threat of terrorism from Syria from the beginning of the unrest, but only after US interests were threatened did the US media pay attention.

Fars News is sometimes referred to as “semi-official” in Western media due to its ties to the Revolutionary Guard. However, all news agencies in Iran receive funding from various government institutions, whether they are partisan or not.

All news agencies in Iran must also receive permission from the government to operate. Regular news and commentary websites have much less supervision, but also less access to official press conferences.

Fars News has been controversial in recent years, most notably falsely reporting and then retracting claims of having conducted interviews with former Egyptian President Mohammed Morsi and the US State Department’s Persian-language spokesman Alan Eyre.

Fars News is one of the more active news agencies in Iran and often one of the first to break news. Its English-language edition is more ideologically motivated than the Persian side and editorial slants are clear.