Accusing US-funded media like Voice of America of being too soft on Iran, Congress and the Donald Trump administration seek to exert more control over its Persian-language news services. 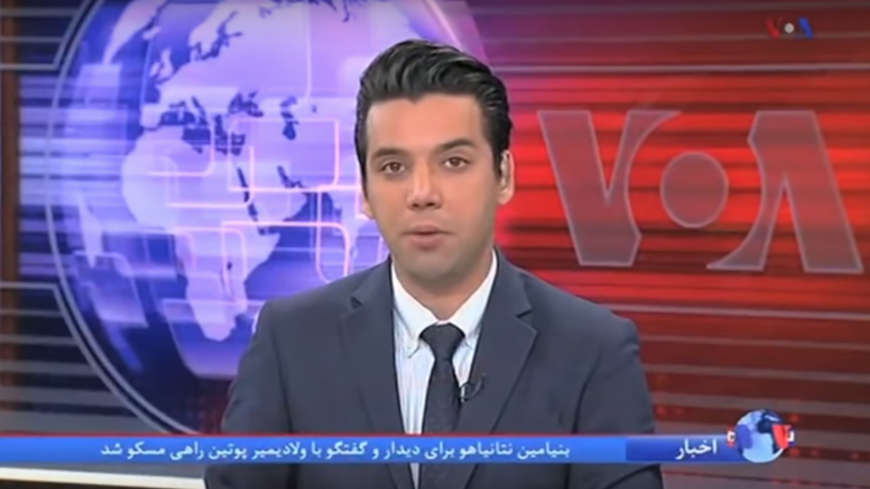 A screenshot from a Voice of America newscast in Persian, uploaded July 11, 2018. - YOUTUBE/VOA Farsi

At the center of the strategy is the Broadcasting Board of Governors’ (BBG) Persian-language news services, Radio Farda and the Voice of America’s Persian News Network. Both networks employ stringers in Iran, but all federal employees are based out of Washington or Prague.

Lawmakers and administration officials from both parties have long accused the BBG of being dysfunctional and ineffective, with many viewing its Iran programming as particularly bad due to staff infighting motivated by political bias. With both parties agreeing that taxpayer-funded news outlets should do more to advance US interests, Republicans are zeroing in on Iran coverage, hoping to push for a more overtly anti-Tehran narrative.

To that end, Senate appropriators last month unveiled annual foreign aid legislation that directs Secretary of State Mike Pompeo to work with the BBG to “coordinate Iran counterinfluence programs funded by the act.” The Trump administration is asking Congress for $12.2 million for Voice of America’s Persian service for fiscal year 2019, and another $6.2 million for Radio Farda.

Specifically, the pending Senate bill directs the State Department and the BBG to “counter the false assertions made by the Government of Iran against the United States … describe the support such Government provides to terrorist proxies … and describe the impact the support to such proxies causes to the people of Syria, Yemen and other areas where they operate.”

“There is also sympathy in Congress for people who believe we don’t have a good public diplomacy messaging tool in Iran today,” Hill, now a visiting fellow at the Brookings Institution, told Al-Monitor. “The BBG is a real tool that’s unclassified, so if it’s going to do something, it needs to advance US national security interests.”

But while Hill voiced support for turning the BBG into an instrument to advance US foreign policy interests, he questioned the efficacy of the Senate’s granular directives. Many of the BBG’s Iran problems, he said, boil down to individual employee issues.

“I don’t think that it improves the agency per se,” Hill said of the legislation. “It’s helpful to have congressional oversight to keep a watchful eye on what’s going on, but legislating it doesn’t tend to be all that helpful.”

As a congressional staffer, Hill helped Royce advance legislation to restructure the BBG by abolishing its board and instead expanding the powers of its CEO. President Barack Obama supported and signed off on the reforms in 2016, although they have yet to go into effect.

But the Trump administration has already started leaving its mark on the BBG. Last year, the administration commissioned a conservative think tank to issue a report assessing Radio Farda and Voice of America’s Persian service.

Kenneth Weinstein, the chairman of the BBG’s board and CEO of the right-wing Hudson Institute, asked Ilan Berman of the conservative American Foreign Policy Council to undertake a review of the BBG’s Iran programs. Weinstein, ironically, was an appointee of Obama, who negotiated the nuclear deal with Iran.

“We saw what appeared to be imbalances in terms of opinions expressed on the airwaves,” he added, “in terms of who was approached, in terms of what their views were on things like the Iran nuclear deal, among other things.”

Indeed, a summary of the American Foreign Policy Council report said the BBG’s Iran coverage was insufficiently critical of the Iran nuclear deal.

“Little to no effort was made, either by hosts or journalists, to explain the limitations of the agreement itself, or the detrimental side effects generated by it,” the report notes. “Similarly, in the media reports reviewed, only minimal effort was made to explain the reasoning and rationale behind the Trump administration’s different, and far more negative, view of the agreement.”

Like the Senate appropriators, the American Foreign Policy Council called on BBG management to ensure “that the news stories covered include detailed and comprehensive discussion of US positions and arguments, as well as any relevant data that debunks or invalidates incorrect Iranian regime assertions.”

The review also notes that while the council “did not find pervasive evidence of deep, systematic biases or mischaracterizations” within the BBG’s Persian services, it is “rife with what could be called ‘sins of omission.’”

Hill attributes this to competing factions within the BBG’s Persian news services, who often pursue their own competing ideological agendas without broader BBG support.

“The Iran piece of the BBG has been one of the most problem-plagued elements of the whole enterprise,” said Hill. “You have various competing groups, from monarchists, from the regime apologists and shah people … who can’t get along based on their historical affiliations inside Iran.”