Hoping to reach an Iranian audience, Saudi Arabia is moving to focus more on Persian-language media, but the kingdom has little advantage in an already saturated market. 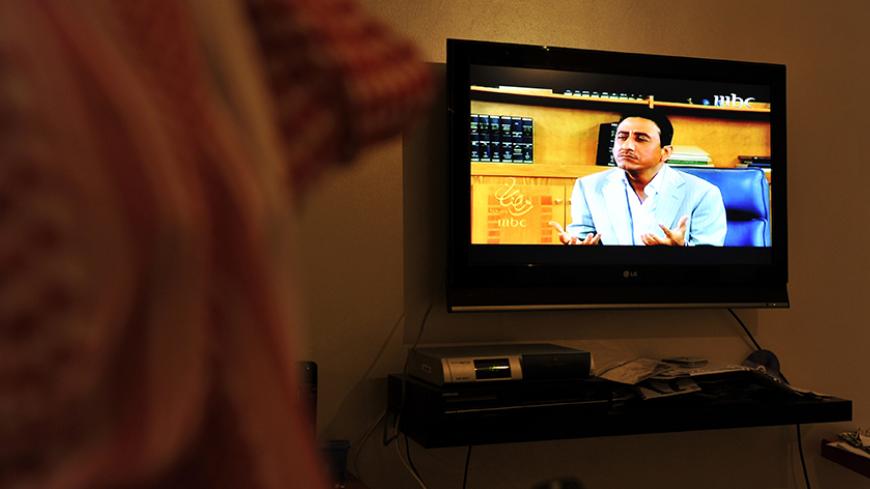 Calls for a stepped up media campaign against Iran have become more common in the Arab press in the past few months. Last week, Saudi outlet Al-Watan published a column by its Iran expert Muhammad Al-Sulami, who urged more active campaigning against the Islamic Republic in the Arab media while lamenting the current media strategies of Persian Gulf states. In October, the London-based online newspaper Elaph, which is owned by an influential Saudi businessman, called on Arab states to finance Persian-language TV channels as a potential response to what it called “Iran’s arrogant behavior” toward Arab countries.

“Even if [those TV channels] focus just on the domestic problems of Iran, which are many, the impact on the political behavior of Iran would be clear,” the Elaph article argues. In another instance, Saudi analyst Mubarak Aldujain argued in a comment to Al-Watan that TV broadcasts are not enough and need to be supported by an extensive social media campaign, especially through Twitter, as “marketing windows” for such broadcasts.

Saudi Arabia’s sense of need for a Persian-language media platform is not new. The Saudi-owned news network Al Arabiya launched its Persian-language news site in 2008. Asharq Al-Awsat, an influential London-based newspaper owned by the Saudi royal family, started its online Persian-language service in 2013. More recently, in September, Saudi Minister of Culture and Information Adel al-Turaifi launched the kingdom’s Persian-language TV channel with 24/7 broadcasting during the hajj season. Although the channel stopped operating after the hajj was over, it is expected to resume its activities in the near future. The Al-Arabiya Al-Jadid news site reported in August that the Saudi Ministry of Culture and Information is planning to establish two more satellite TV news channels — one in English and one in Persian — which would operate under the supervision of the Saudi government.

Persian-language media outlets funded by various foreign governments is not a new phenomenon. The BBC’s Persian Service began its radio broadcasts in 1941, followed shortly by VOA Persian Radio in 1942. These media outlets have played an important role in Iran’s social and political scene by providing an alternative channel of information to the Iranian state's broadcasting. Saudi Arabia seems to follow the same model with its expanded focus on Persian-language media. But how successful can the latest Saudi initiative really become?

The main obstacle Riyadh faces in its goal to reach an Iranian audience is its lack of soft power capabilities. Joseph Nye, who first introduced the concept of soft power in political science, famously wrote, “A country may obtain the outcomes it wants in world politics because other countries — admiring its values, emulating its example, aspiring to its level of prosperity and openness — want to follow it.” In the case of Saudi Arabia, it is simply the case that many Iranians do not admire Saudi values nor seek to emulate its example. The dimension of Saudi culture that most Iranians are familiar with, namely Salafism, is not attractive to them. Moreover, many Iranians perceive their cultural heritage and values to be superior to those of Saudis.

This sense of indifference toward Saudi culture stems largely from the fact that the Saudis have never tried to promote their diverse cultural heritage — such as their music, poetry, artifacts and literature — to the world. Instead, Saudi Arabia has been very assertive about creating a purely Salafist image of itself that overshadows all other aspects of its culture and heritage. The country’s political values and foreign policy have the same problem, costing it credibility, attractiveness and moral authority. In contrast, many Iranians feel positively toward Western countries and their cultural heritage. This discrepancy is largely a result of the West’s cultural hegemony over not only Iran but large parts of the world. Many Iranians have grown up with Western culture and admire Western values and seek to emulate them. The influence of Western media in Iran should to a large part be understood in terms of this cultural and historical context. Of note, there is no equivalent context in Iranian history and culture in regard to Saudi Arabia. As apparent in the views of some Saudi analysts, mass media is about more than just news; it is a representative of a lifestyle, culture and way of thinking that provide the sources of its credibility, influence and potential success.

Even if the Saudis focus on the very narrow domain of news and current affairs, there still exist obstacles that are difficult to overcome. First, the Persian-language media market is saturated: there are hundreds of news websites and dozens of TV channels inside and outside Iran that provide news targeting an Iranian audience. What can Saudi media add to this existing plethora of outlets that would attract this audience? What news and current affairs or political analysis could Saudi outlets produce that is not already covered by existing Persian-language media? Saudi Arabia is entering a market with tough competition, but with little competitive advantage. Second, considering the current nationalist anti-Saudi sentiment in Iran, it would be extremely difficult for Saudi media outlets to persuade Iranian experts to work with them. Even the Iranian political opposition in exile would have a tough time working with such outlets, regardless of the potential financial gains they may offer.

What if Saudi Arabia resorted to the sectarian card in the media game, seeking to stir anti-government sentiment through outlets targeting Iranian Sunnis? This would also not be anything new. Saudi-financed media organizations have been doing this for a long time through myriad approaches, including satellite TV channels in Persian such as Vesal, Kalemeh and Noor. Despite these efforts, the fact is that such channels have very limited influence in Iran. Iranian Sunnis have been vigilantly trying to dissociate themselves from Salafism to align their demands for civil rights with those of the broader Iranian human rights movement, which is largely secular.

In sum, if Riyadh wishes to reach a broader audience in Iran, it needs to augment its soft power. This objective will not be achieved through the creation of more Persian-language media outlets, but through a revision of Saudi Arabia’s core message to reflect more of the art, culture and lifestyle of its people than only its strict Salafist reading of Islam.