UAE and Qatar compete as Saudi Arabia looks on

The United Arab Emirates and Qatar are pursuing opposing foreign policies in the Middle East that are fueling tension between the two Gulf states, as Saudi Arabia keeps its distance. 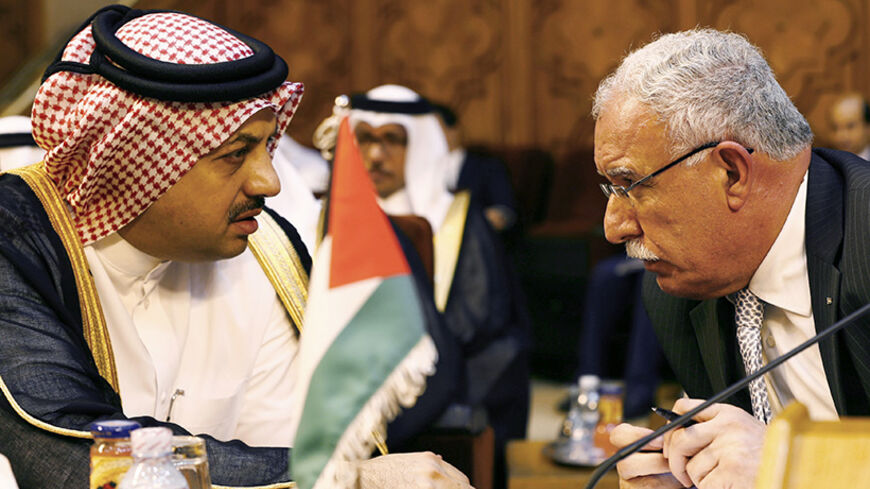 The Gulf states have become the most stable and influential force in the Arab world, with the decline of the Egyptian role, the spread of turmoil and chaos in Syria and Iraq and Algeria's retreat on itself after the "black decade" of the 1990s. Because of political stability and increasing oil revenues, the Gulf states have accumulated financial wealth that has strengthened their political, economic and media influence in the region.

In light of the protection offered by the United States, the Gulf states have not been overly interested in a unified security policy — with the exception of Saudi Arabia. This contributed to Gulf states rushing to use their financial surpluses to produce foreign policies independent of their "sisters" in the Gulf. Doha has emerged to play regional roles in support of movements for change in the Arab world, particularly concerning political Islamic movements. Meanwhile, Abu Dhabi has emerged as a key player in the Middle East, but in the opposing role of confrontation with movements of political Islam.

Financial surpluses and political stability — along with the reassurance of US support — were not only reasons for this variation in foreign policy among Gulf states, but they also sparked competition among them for influence in the Arab world. This is especially true since Washington, the guarantor of security in the Gulf, has many options in dealing with the phenomenon of political Islam. These options range from the war on terror — as is the case in the United States' dealings with al-Qaeda where Abu Dhabi has been a strong partner to building bridges of understanding — to the Turkish Justice and Development Party. In the case of the latter, Doha has been a strategic partner for the United States.

Gulf-Gulf competition has become one of the main policy features in the Middle East. This competition is mainly between Abu Dhabi and Doha, which stand at opposite ends of the foreign policy spectrum. While Doha supports the Syrian revolution, Abu Dhabi expresses its reservations regarding support that it thinks strengthens the Islamists. And while Doha supports the Muslim Brotherhood in Egypt, Libya and Tunisia, Abu Dhabi stands in the opposing camp.

The announcement of the establishment of the Muslim Council of Elders (MCE) in Abu Dhabi on July 19 is linked to this competition between the two capitals. Doha is home to the headquarters of the International Union of Muslim Scholars, headed by Yusuf al-Qaradawi, while Abu Dhabi is now home to the headquarters of the MCE, headed by Abdullah Bin Bayyah and the Grand Imam of Al-Azhar, Ahmed al-Tayeb. Qaradawi had been a member of the Al-Azhar governing body, but he resigned from this position after the July 3 coup against President Mohammed Morsi, in protest of Al-Azhar's positions cooperating with the coup. Meanwhile, Bin Bayyah had been a member in the International Union of Muslim Scholars, but he resigned in September 2013. In his resignation speech, Bin Bayyah hinted that a reason for his departure involved his disagreement with the union's positions. It is no secret that positions on the Arab uprisings and their fluctuations had an impact on these mutual resignations.

Given that religion is a key factor in struggles for influence in the region, religion has become an arena for the "soft conflict" that is going on between the two capitals. While Qatar has stood in support of Salafist and Muslim Brotherhood religious currents, Abu Dhabi choose to support the traditional Sunni Islam current, historically represented by Al-Azhar. This latter current calls for religious scholars to not directly engage in politics.

In the context of this Emirati support, Crown Prince Mohammed bin Zayed announced on April 28, 2013, at a meeting with the grand imam of Al-Azhar, his commitment to supporting Al-Azhar, so that it could once again play its role of spreading a rhetoric of moderation and countering extremism and fanaticism. In recent decades, Al-Azhar's role has declined with the rise of Salafist currents. It is likely that the United Arab Emirate's support to the institution of Al-Azhar and the current it represents will place Abu Dhabi in a soft confrontation with the Saudi Salafist religious establishment. The latter has benefited from the absence of Al-Azhar's role and its weakness, and spread its influence even inside Egypt. Early features of this soft confrontation have appeared in the lack of a scholar from the Saudi Salafist religious establishment in the MCE.

The announcement of the establishment of the MCE was met with sharp criticism from two sides. First, it was criticized by those affiliated with the Salafist establishment, because the MCE was removed from them and marginalized them. Second, it was criticized by supporters of the Muslim Brotherhood, who viewed it as the "religious wing" of the military coup plot against Morsi.

While the International Union of Muslim Scholars has enthusiastically supported the Arab revolutions and democratic procedures — including elections — the MCE seems more cautious toward them. The MCE warned against an adherence to democratic procedures in an environment that is not yet mature, saying this could lead to civil wars.

This soft conflict between Doha and Abu Dhabi over the religious space in the Middle East is fueled by the decline in the central role played by Saudi Arabia in leading this space. This decline was due to several factors, including the communications revolution that redistributed religious power in the Islamic world, allowing for the emergence of multiple centers of influence. Furthermore, the conditions of the war on terror played a role in the decline of influence of the Saudi religious establishment and diminished its impact. The impact of these two factors was reinforced by the declining opportunities to reform this religious establishment to be more competitive.

Doha and Abu Dhabi have come to represent two opposing poles in the Middle East, and their struggle for influence has moved from the field of politics to the field of religion, with Riyadh standing between them. Saudi Arabia is at times with Doha, while at other times with Abu Dhabi. Doha shares Saudi Arabia's affiliation with Salafism and the Wahhabi sect as well as its positions on Syria and Iraq, while Abu Dhabi shares Riyadh's position on Egypt and political Islam groups. The competition between Doha and Abu Dhabi continues to underpin the current rift in the Gulf, with Saudi Arabia keeping a distance.