Meretz leader: Israel should not have gone into Gaza

In an interview with Al-Monitor, leftist Meretz Party head Zehava Gal-On explains that she does not worry about finding herself left out of the Israeli security consensus following her call for a unilateral cease-fire. 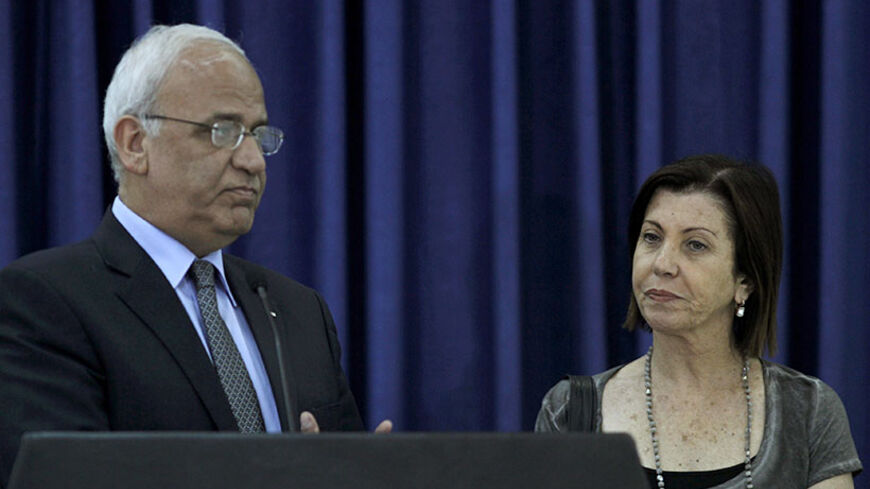 Israeli ground troops had already entered Gaza when Meretz Party Chairwoman Zehava Gal-On was asked by Prime Minister Benjamin Netanyahu what she would do in his place. She immediately answered that she would never have gotten into this situation in the first place, because she would have given the Palestinian unity government a chance. She believes that if that had happened, the current escalation could have been avoided.

The meeting between Netanyahu and the left-wing Meretz Party leader, who's calling for a unilateral cease-fire with Hamas, took place July 18. All in all, the mood was friendly. The meeting was intended to update Gal-On about the current situation, something which Netanyahu, as the prime minister, is not obligated to do. Nevertheless, despite all the security issues on his desk, Netanyahu set aside time that morning to meet with the other leaders of the opposition parties, including Gal-On, Shas Party Chairman Arieh Deri and Kadima Party Chairman Shaul Mofaz. By meeting with them, Netanyahu apparently wanted to bolster the political consensus about the ground incursion into Gaza, even among the opposition parties.

The previous two Meretz leaders, Yossi Beilin and Chaim Oron, stood by the government from the depth of the opposition and supported the ground assault. Beilin did so during Ehud Olmert's tenure as prime minister for the Second Lebanon War in 2006. Oron (“Jumes”) supported Ehud Olmert during Operation Cast Lead in 2008. But Gal-On refused to grant similar backing. True, in the early days of the operation she praised the prime minister to the media for his moderate security approach.

In a conversation with Al-Monitor, she reiterated what she told Netanyahu: “'Mr. Prime Minister,' I said, 'I would not have reached this point, because I would have embarked on a diplomatic process with the Palestinians. I would have carried through with the fourth prisoner release.' I emphasized that he’s about to make a big mistake by launching a ground operation, and I said to him, ‘There are two reasons that you are about to enter Gaza. The first is Hamas, and the second is [Ministers] Bennett and Liberman. You failed to stand up to their pressure.’

“I also told him that there is no debate over our legitimate right to defend ourselves, but based on all of my experience I know that force cannot eradicate terrorism. There is no such thing as a deluxe ground invasion. It will end up just like Lebanon. We started with 40 kilometers [24 miles] and ended up occupying the country. Then I told him — and I know it sounds like a cliche — but, 'War has never defeated terrorism anywhere. That is why you have to conduct a parallel diplomatic process. You should allow Hamas to receive economic incentives, so that it has something to lose, and you should engage in a diplomatic process so as to bring in [Palestinian President] Mahmoud Abbas as a party in the agreement.'”

Netanyahu politely listened and told Gal-On that there simply was no choice.

Ever since the beginning of Operation Protective Edge, Gal-On and Meretz have been advancing a consistent and clear position, opposing a ground incursion into Gaza and calling for a cease-fire. This position is supported by all members of the party’s Knesset faction and has the backing of the party’s governing body. Unlike the Labor Party, its partner from the left-wing bloc, which supports the ground incursion, Meretz is the only Zionist party to remove itself from the common consensus of, “Quiet! We’re shooting here.”

Even after learning about the extent of the killing of Israeli civilians, planned by Hamas through its terrorist tunnels, Gal-On and the other members of her faction continue to oppose the fighting in Gaza. They are sticking firmly to this position, which distinguishes them clearly from the Labor Party.

Al-Monitor:  Is this consistent position one of the lessons that Meretz learned from following the consensus in previous war times, even though it kept shrinking in number of seats?

Gal-On:  People tell me all the time that we’re at war, and if we keep these positions, Meretz will crash and lose seats. It really doesn’t bother me, because I believe in what I am saying. I am sure that it is the right way. There is no doubt that what happened to us in the past, during similar operations, when we “ate the rotten fish and still got expelled from the city” [meaning, our efforts really did not pay off], happened because we tried to curry favor. When we supported some military operation or other, people said to us, “You’re just like the other parties, so we may as well vote for them.” That has hurt us electorally. I have no doubt that it was a very dramatic lesson for everyone in Meretz. I believe that Meretz has an audience the moment it expresses its opinion, because people appreciate a genuine position.

Gal-On:  I’m sorry, but I don’t see it as my role to be part of the consensus. I believe it is my role as a leader to spearhead the mood. It’s easier to say, “We have to conquer Gaza.” I know that the picture I represent is much more complicated, but it matches my worldview, and I have very significant backing from the Knesset faction and the party’s governing body. Right now the public has a hard time accepting our position, but in the end it will turn out that we were right.

Al-Monitor:  But you’ve been asked, and rightfully so, what would you have done given the threats that are discovered every day.

Gal-On:  Even at this particular point in time, I would declare a unilateral cease-fire. Let’s start with the fact that I would never have sent in IDF [Israel Defense Forces] ground troops in the first place. They should have thought of other ways to deal with the tunnels. I would have promoted a diplomatic process involving Mahmoud Abbas and Egypt, in which Hamas gets a financial incentive. That way it has something to lose, and it behaves realistically.

Al-Monitor:  Where does Meretz stand in relation to the radical left that demonstrates against the IDF?

Gal-On:  First of all, it is a fringe group, and we are not part of it. They held a demonstration in Habima Square [in Tel Aviv] on Saturday night [July 19], and someone from Meretz asked me why I wasn’t there. I told him that while I support their right to demonstrate as long as there is no incitement to violence, under no circumstances will I participate in demonstrations in which they chant, “We are all Mohammed Deif! [leader of the Hamas Izz ad-Din al-Qassam Brigades]” and in which they call Israeli pilots “murderers.” I have made it very clear. We do not attend demonstrations like that. If we do demonstrate, it will be to call for a cease-fire or a diplomatic arrangement. It will not be to criticize the IDF. I will not grant legitimacy to demonstrations of that sort. I have my criticism of the government and the operation, but excuse me, our children are also getting killed there. I just got back [Tuesday evening, July 22] from paying a call to the mourning family of a soldier, whose parents are active members of Meretz. In other words, it is our children who are getting killed, too. When I say that the position of Meretz is complex, I mean exactly that. We are calling for a cease-fire, but we also attend the funerals and go to visit the wounded. Loss doesn’t distinguish between right and left or between religious and secular Jews. When [Culture and Sports Minister] Limor Livnat attacked me during a television interview [on Israel's TV Channel 2, July 12], I told her, “You on the right have no monopoly on grieving and loss.” I meant it.