How is it that a party that practically disappeared from the Israeli political map for years has become a hot commodity among left-wing voters, and what does it say about the Israeli public? 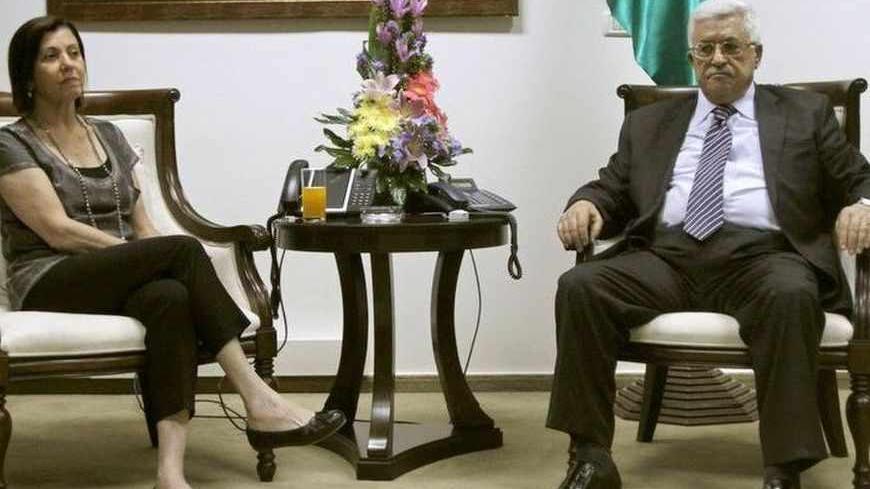 Until eight months ago, politicians and commentators speculated that Meretz, the leading left-wing party in the local Zionist political camp, would most likely cease to exist. Its condition was so fragile that even major figures in the party expressed pessimism about its prospects for survival in the last election campaign. Meretz Knesset member Nitzan Horowitz openly suggested at the time that Meretz should merge into a left-leaning political body to save itself from extinction. Meretz was considered a failed brand, an aging party that was passé. Its budget deficit heavily weighed on its continued activity and led to the closing of all branches of the party — those very branches that had once let out multitudes of young people on their way to peace demonstrations.

The transformation that Meretz has undergone since the election [January 2013], and even more intensively in the last couple of months, is nothing less than amazing — it is virtual resurrection, politically speaking. Meretz has been going through a recovery that started following the election, when the party doubled its power in parliament, from three to six Knesset seats. But it does not stop there.

As it turns out, the election results were just the trigger — the harbinger of a new era of revival for the party. According to two separate public opinion polls published last week [the week of July 21] — one of them in the Israeli daily newspaper Haaretz and the other one, for Israeli TV’s Knesset channel — had the election been held today, the party would have garnered 10 or 12 seats, correspondingly.

And that's not all. Since the election, 10,000 new members have joined the party. Some of them are ex-Meretz members returning home after leaving the party in recent years. Others are former Labor or Kadima voters who deserted their parties and found in Meretz a new political home. This is a really remarkable growth, all the more striking considering that on the eve of the January election, there were a mere 2,000 members in Meretz.

Simultaneously with the recovery Meretz is undergoing, the party is running 20 lists of candidates for the local councils in anticipation of the municipal elections slated for October. The highlight of its municipal election campaign is Knesset member Horowitz, who is running under the Meretz ticket for the prestigious position of mayor of Tel Aviv. Horowitz, who believed that Meretz in its current format had reached the end of the road, is challenging, by virtue of that same brand name, the longtime Labor mayor of Tel Aviv, Ron Huldai, letting him sweat it out.

These are also very good days for Meretz Chairwoman Zehava Gal-On. As leader of the party, Gal-On was confident all along, even in the difficult times, that the task of Meretz was not yet completed. She put the party back on track, returning it to its political roots without obscuring its positions and without apologizing for it. And when needed, she gave her rivals a fight.

Gal-On was elected to head Meretz in February 2012 as the fifth leader of the party. She was preceded by the legendary founder of Meretz, former Minister Shulamit Aloni; her successor in office, former Minister Yossi Sarid; former Minister Yossi Beilin, one of the architects of the Geneva initiative; and former Minister Chaim “Jumes” Oron, a much appreciated, although a rather conformist Knesset member. Gal-On assumed office following a bad decade for Meretz. From one election to another, the party had consistently lost power along with its foothold in parliament — reaching its all-time low in the 2009 election, from which it emerged with only three Knesset seats. In those years, Meretz seemed to be at a loss, cut off from the political scene. It drifted away from its native electorate and subsequently lost three seats in favor of Kadima, then led by Justice Minister Tzipi Livni.

The process that Meretz went through — which had its origins in the collapse of the Oslo accords — reflected to a large extent the decline of the diplomatic left in Israel. Meretz reached its heyday in 1992, under the leadership of Shulamit Aloni, when it won 12 seats in the Knesset and took part in the peace government established by the late Prime Minister Yitzhak Rabin. The failure of the Oslo process, the wave of terrorism that followed it, the second intifada and the demographic changes in Israel in the last decade have all contributed to the decline of the left. Meretz consequently became a marginal opposition party. It no longer held any interest for the media, and it lost its impact on the political system.

To Gal-On's credit, it should be noted that, while Labor leader Shelly Yachimovich chose to close her eyes to the diplomatic issue, the Meretz chairwoman persisted in her belief that the peace process was still largely in demand on the left. She firmly opposed those in the party who called for the mobilization of outside “stars” in an attempt to save Meretz and win over potential voters. “I am not looking for stars,” she said in response. “It’s the Meretz loyalists that I would rather have at my side, those who advocate the values and vision of the party and are acting on its behalf.”

Thanks to Gal-On, the Meretz faction with its six Knesset members is one of the best things that happened to the Israeli parliament. Knesset members Michal Rozin, Tamar Zandberg, Nitzan Horowitz, Ilan Gilon and Issawi Frej are functioning as a small but effective army of hard-working and highly esteemed social activists. They have never put away the diplomatic flag in the party, thus making it possible for Gal-On to deliver a personal message to Prime Minister Benjamin Netanyahu, reassuring him that Meretz, as an opposition party, would provide him with a safety net in the event of any significant progress in the negotiations with the Palestinians.

The dramatic recovery of Meretz says quite a few things about Israeli politics and the Israeli public. First, it turns out that a long-established party that goes a long way back is more likely to overcome difficult times and survive, in contrast with the typical instant parties. Thus, while Kadima and the short-lived Center Party, the Dor [Pensioners] Party and the Shinui Party rose and fell, Meretz, the Likud (with just 12 seats in the 2006 election) and Labor (after the split in the party in 2010) managed to overcome crisis and returned to play a major role in the political arena. It further transpires that the political left, although pushed for a while to the political sidelines, is making a comeback — to the top of the national agenda and the center stage of the Israeli public scene. If this trend continues, the prospects of a political upheaval in Israel in the next election may increase.