Jordanian officials say they can thwart any jihadist advance from Iraq. 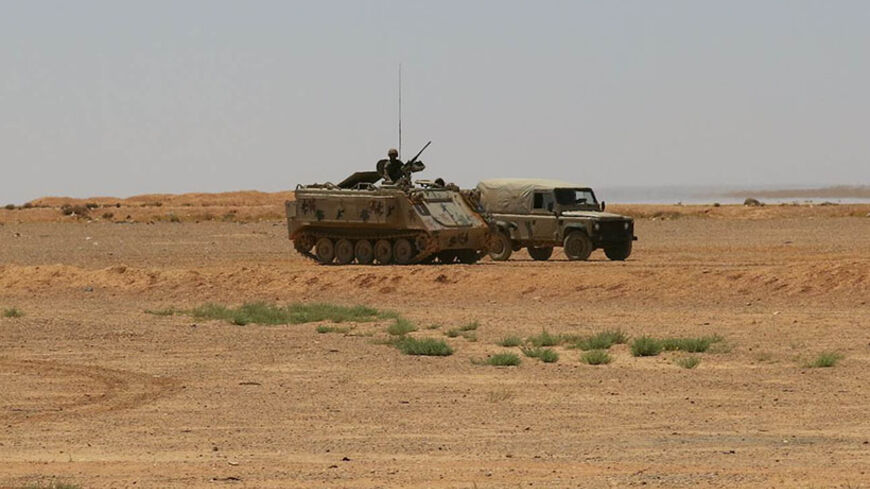 RUWEISHED, Jordan — Scores of armored vehicles and Humvees with mounted machine guns have replaced the swarm of truck convoys on the gritty Jordanian desert border with Iraq after Sunni insurgents reportedly captured key crossings to Jordan and Syria earlier in June.

At least 10 tanks were seen dotting the border town of Karameh after Jordanian army units had been put on a state of alert in recent weeks along the country’s 200-kilometer (120-mile) eastern border, one of the Middle East’s busiest trade arteries.

Officials said rebels took over two key crossings in the predominantly Sunni Anbar governorate in western Iraq, the Treibel crossing with Jordan and the Walid crossing with Syria after Iraqi government forces had pulled out.

Initial reports suggested that fighters of the Islamic State of Iraq and al-Sham (ISIS) had taken over the Iraqi-Jordanian border crossing. However, Jordanian military personnel, speaking anonymously at the border, dismissed the claim, telling Al-Monitor that Iraqi troops loyal to the Shiite-led government of Prime Minister Nouri al-Maliki were officially still holding the crossing point, though they suspected Sunni tribes were in control of the surrounding area.

“The border is the most important link in the national security chain,” commander Maj. Gen. Saber al-Mahayrah told reporters at the headquarters of Jordan's border guard ahead of a visit to the border area.

“National interests go as far as securing the borders so that radical groups do not infiltrate neighboring countries. Our duty is to protect the kingdom’s border from illegal crossings.” 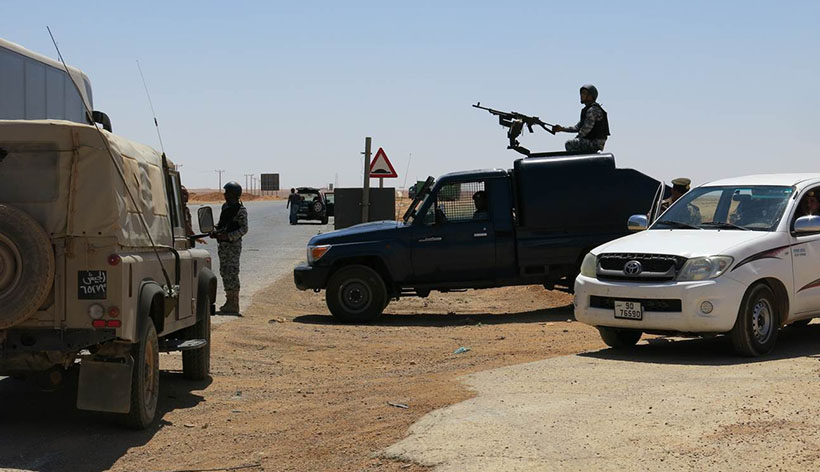 “Those who want to travel from and to Jordan cross via legal areas can do it. Outside of these we would not allow anyone to come in or leave Jordan,” added Mahayrah.

Jordan, the most stable country in a region in turmoil and one of the closest US allies in the Middle East, faces threats on two of its four borders. The army has beefed up defenses on the kingdom’s 370-kilometer (230-mile) northern border with Syria, fearing the return of Jordanian Islamist fighters now seen as a direct national security threat to the country.

To the east, there is fear that ISIS fighters might try to cross into Jordan to expand their medieval-esque Islamic caliphate, wiping out the colonial borders they refuse to recognize.

ISIS has declared a caliphate in the territories it has seized across Iraq and Syria, renaming itself the “Islamic State” and proclaiming its leader, Abu Bakr al-Baghdadi, caliph of the Muslim world.

Jordanian Interior Minister Hussein Majali shrugged off the ISIS threat to the kingdom after the ISIS proclamation in a cabinet meeting behind closed doors June 30, the local media reported. The minister referred to a security buffer zone of around 400 kilometers (250 miles) separating Jordan’s border from the military operations inside Iraq.

The minister said he was confident about the kingdom’s capacity to deal with any attempt to target its borders from Iraq or Syria.

“The border guards are living in a 24/7 state of caution supported by the Jordanian armed forces because of what is happening in Iraq. Our borders are safe and secure,” Mahayrah told reporters.

While armored vehicles were stationed at the Karameh border crossing, scores of open-topped Humvees, heavy machine-gun platforms able to carry anything from fully armed troops to anti-aircraft missiles, were seen on the road heading toward Karameh. Troops in battle dress uniform were seen patrolling the border outpost.

Officers refused to state the exact number of troops deployed, but told Al-Monitor on condition of anonymity that security had stepped up its presence along the long desert border, deploying dozens of British-manufactured tanks, rocket launchers and mortar guns.

“We are strengthening the presence of the forces on the border with both land and air units in case anything happens. But nothing has happened so far. We have not witnessed any clash,” a military officer told Al-Monitor at the border.

Traffic through the crossing is lighter than normal, but still flowing. Two single-engine Cobra attack helicopters hover low overhead to ward off any threat from across the border. 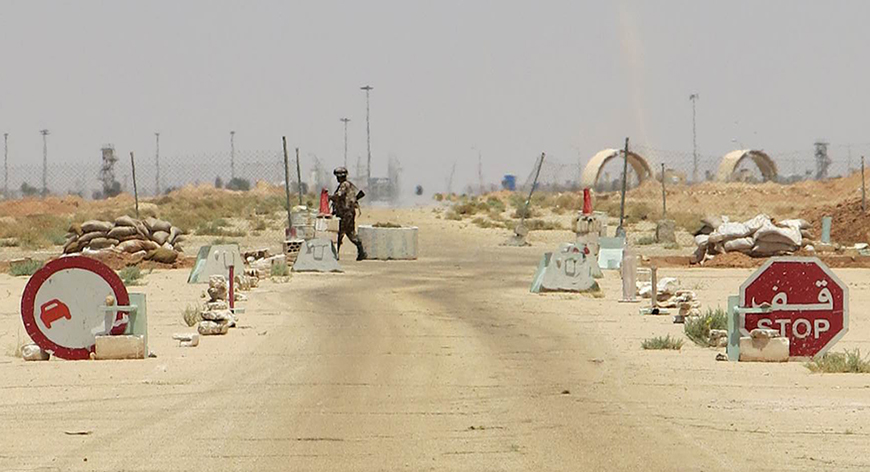 A Jordanian soldier patrols the country's border with Iraq at Karameh after army units were put on a state of alert, June 25, 2014. (Photo by Elisa Oddone)

About 70 trucks could be seen crossing from Iraq in two hours, while less than 20 went the other way, Al-Monitor estimated. One driver said most truck drivers in Iraq were not working due to security concerns.

Ismail Kaoud, a truck driver arriving from the Iraqi town of Ramadi, the capital of Anbar governorate partly controlled by the militants since January, said he had not seen clashes or ISIS fighters on the road to Jordan.

“There is no ISIS. There were only tribal Sunni militias. Fallujah and Mosul are in the hands of militants. Maliki is inventing ISIS. The Treibel crossing is held by Iraqi forces and everything is normal. The Iraqi army is present on the border outpost with tanks and artillery. There is no ISIS on the border,” Kaoud said, indicating support for the Sunni rebellion.

No Iraqi has so far sought refuge in Jordan, said the officers. They said they were prepared in case refugees attempted to cross into the kingdom, citing concerns about a deluge of Iraqi refugees. The largely desert country with little natural resources has already been straining under the burden of some 600,000 Syrians fleeing the over three-year-old conflict, UN figures show.

Truck driver Obeid Mallah, from Baghdad, said the Iraqi police were in control of the crossing and that the highway between Baghdad and Amman was open. He sees no possibility of route closures.

“Crossing points were closed inside Iraq only for a couple of hours last week. Everything is back to normal now, except that it is very difficult to find fuel and prices surged inside the country. Work is fine. No one has threatened or attacked me on the road over the past weeks. Tribal militants are in control of the territory 150 kilometers [90 miles] from the border.”

Despite the threats from across the borders, military personnel showed little fear of the jihadist war entering their kingdom, saying, “There is no danger inside Jordan. Everyone loves [Jordan] and would step up to defend his country.”

But the military buildup along its border shows Jordan is not about to take any chances. 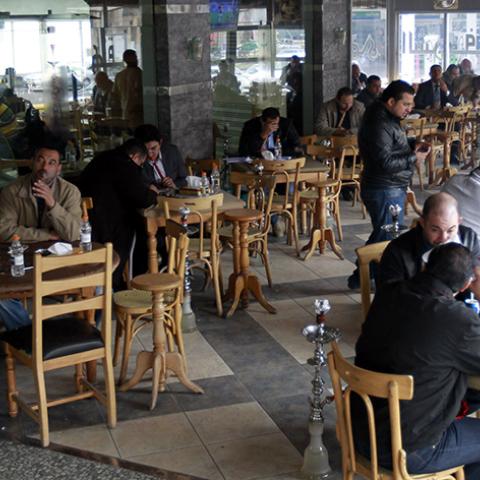