The Israeli public is lapping up the official line that Israel is fighting a "war of no choice" and ignoring the larger diplomatic context in which Prime Minister Benjamin Netanyahu sabotaged the Palestinian unity government and suspended negotiations. 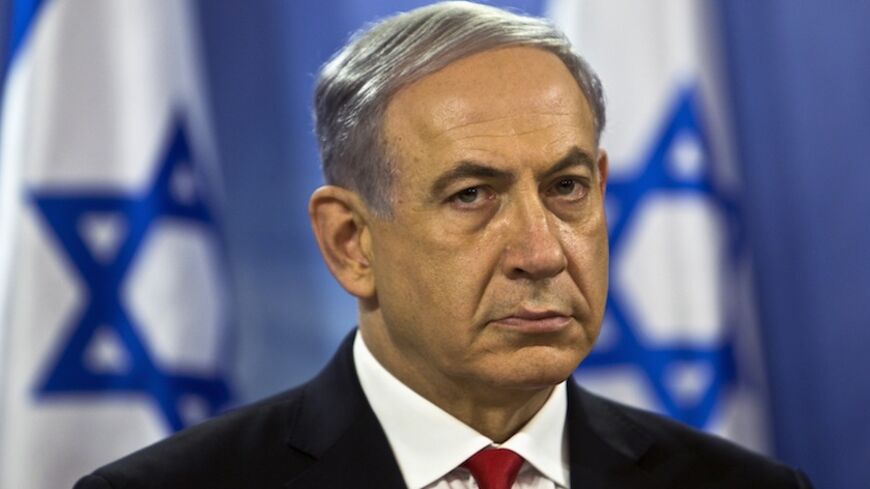 On July 21, I claimed that Israel’s political leadership was suffering an abysmal failure in its campaign to win over Palestinian public opinion, or what the defense minister calls being “etched in their consciousness.” More than 1,000 dead, 6,200 wounded, and tens of thousands of people homeless and cut off from water and electricity failed to persuade Hamas to raise the white flag of surrender. Hamas members opposed to the reconciliation with Fatah are taking credit for the growing number of dead and wounded, for stopping foreign airlines from flying to Israel’s main airport and for the enormous toll this campaign is taking on Israel, both economically and on its image. Protest marches by thousands of West Bank Palestinians to the Qalandiya checkpoint, the uprising in East Jerusalem and demonstrations by the Israeli Arab sector all indicate growing support for the struggle Hamas is waging against Israel.

Even if the Israeli establishment is displeased with this campaign's success over the Palestinian consciousness, it can take comfort in its impressive achievements in Israeli perceptions. Reports and commentary in the local media (and also to some degree in the foreign media), as well as bumper stickers, billboards and especially the dialogue on the social networks testify to the government's policies enjoying overwhelming support among the general public. Across the political spectrum, the Israeli public is lapping up the official line that Operation Protective Edge is a “war of no choice.” According to this narrative, the hundreds of infants and children buried beneath the ruins of buildings in Gaza (especially those used to hide tunnels or Hamas fighters and arms) are a pardonable necessity that cannot be condemned, as the bombing spared hundreds of Israeli infants and children from suffering a similar fate. Framing it this way justifies the deaths of 43 Israeli soldiers and four civilians as of today, July 28, and transforms the act of abiding the sirens and rushing to shelters into a means of contributing to the war effort.

One prominent example of this trend can be found on the Facebook page of popular radio and TV host Avri Gilad. In a status update, this journalist, who represents the left on a radio show, the Army Radio show "The Last Word," shared a text that he described as “the most brilliant article I’ve read over the course of this war. It put things in perspective for me.” Gilad sent a “deep thank you” to the author, Guy Aloni, for helping him to understand that the State of Israel was faced with nothing less than an existential threat for the first time since the War of Independence.

This status update earned Gilad more than 19,000 “shares” to date (I can’t remember ever seeing that many “shares” for anything else) and an even higher number of “likes.” In his update he presents a horror scenario that has since become a legacy for the Israeli masses. He says that the tunnels were actually the “infrastructure for a ground invasion,” and that Hamas planned to use them to send thousands of its troops into Israel, dressed in Israeli uniforms, to fire hundreds or even thousands of rockets into the center of the country and paralyze Israel's ability to organize against the invasions.

“Under those circumstances, Israel would potentially have to contend with tens of thousands of casualties, the paralysis of all its systems and the need to create defensive measures for individual neighborhoods and even for streets. And all of that is based on the assumption that West Bank Arabs and some the Israeli Arabs will not join the campaign. Counter-attacks by the air force won’t help when everyone is dug in deep underground, laughing all the way to Jerusalem.”

This horrific scenario that he so ardently etched in the consciousness of the Israeli masses justifies the killing of civilians in Gaza and the deaths of Israeli soldiers in battle. It ends with an apocalyptic prediction: “In the best-case scenario, international forces would be brought in to demilitarize the state,” the popular status update says, continuing, “Israel’s nuclear weapons and the whole dream of a Jewish state would disintegrate for another thousand years.” According to this article, the kidnapping and murder of the three teens paved the way for a military operation that resulted in the discovery of a “brilliant plan” to destroy Israel.

Did it all really begin with a kidnapping and killing, but was still given as the excuse for 10 days of raids and arrests, which led to the rocket attacks on Israel, which dragged the country into Operation Protective Edge, which saved it from destruction via the tunnels? How is it possible that this Chad Gadya nursery rhyme, the conclusion of which was even adopted by opposition chairman Isaac Herzog, skips over the prologue that is the larger diplomatic context of this war? The answer was provided by none other than Prime Minister Benjamin Netanyahu himself. On June 14, two days after the teens were abducted and before the identities of the murderers were even known, he announced, “The incident underscores what we have been saying for many long months already: The alliance with Hamas led to disastrous results, which are the polar opposite of promoting peace between us and the Palestinians.”

It's hard to believe that the deleterious impact Hamas has had on “promoting peace,” even portrayed as it is the apple of Netanyahu’s eye, really kept the prime minister awake at night. A few days before the murder, it was made public that the prime minister had been “deeply disturbed” by the US government’s decision to cooperate with the new Palestinian government. The US decision was preceded by announcements by the European Union, China, Russia, Great Britain, France and the United Nations that they would recognize the new government and work with it.

Netanyahu certainly knew that the path from here to the renewal of negotiations over a permanent settlement would be difficult, but at least it was a short route. He could have concluded that the international recognition of the Palestinian unity government would force him to choose. He could either form a coalition with the moderate Arab camp or maintain his coalition with the extreme right. Netanyahu chose the latter option, and it was not the first time he did so. Blogger Idan Landau recalled that the previous conflict, which began with the targeted assassination of a Hamas member in March 2011, was preceded by an attempt at reconciliation between the Palestinian factions.

Alex Fishman, the senior military correspondent for Yedioth Aharonoth, wrote on March 17, 2011: “Targeted assassination is no longer another stage in a situation spinning out of control. It is clear evidence of a well-planned escalation.” According to him, the actions taken by the Southern Command contradict what Chief of Staff Benny Gantz said, that Israel has no interest in any escalation in the Gaza Strip. “So what should we believe?” Fishman wondered. “Statements or actions on the ground?” The question is equally relevant today. What should we believe? Netanyahu’s declarations about peace, or the actions that his government actually takes on the ground?