The situation in Gaza can no longer be ignored, and serious efforts at reaching a long-term solution, including unity between Gaza and the West Bank, must be found. 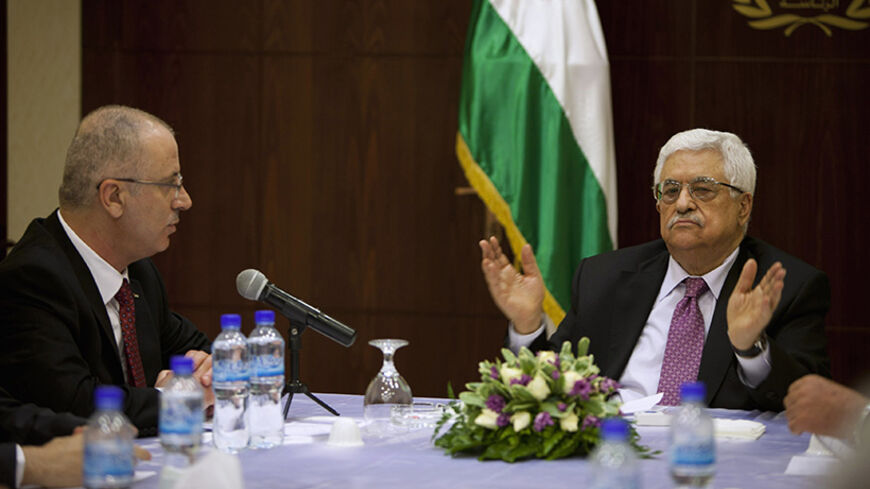 Two contradictory arguments are being discussed at various levels concerning postwar Gaza. One suggests that the war has brought an end to the Israeli-induced artificial separation between Gaza and the West Bank. The other suggests that Israel’s war, and more specifically the tunnels and the general Hamas-led resistance to Israel, has made the possibility of Israeli withdrawal from the West Bank that much more difficult.

Israel’s leading political columnist, Nahum Barnea, launched the first salvo when he publicly exposed the failure of Israel's strategy to divorce the West Bank from Gaza. Tucked in a 4,000-plus-word column was an insightful thought rarely stated so clearly in public and certainly not by a leading Israeli analyst: “The Israeli government must aim for a fundamental change in the reality in Gaza, and perhaps, finally, even change the very nature of Israel's relations with the Palestinians as a whole,” Barnea argued. “Israel's attempt to separate the West Bank from Gaza, to divide and conquer, has failed. Vision is needed. Hope is needed. Not only for Israelis, but Gazans too.”

The veteran Israeli commentator also addressed Israeli relations with Palestinian President Mahmoud Abbas, writing, “Netanyahu has started to talk about Abu Mazen [Abbas] not as a problem, but rather as a solution.” The public discussion of Netanyahu’s warming to Abbas will not be welcomed in Ramallah, where some will worry that it furthers the image of the Palestinian leader as a kind of quisling for the Israelis. The Palestinian government and the Palestine Liberation Organization (PLO) have not fared well during the Gaza conflict, with Abbas appearing powerless and with numerous cease-fire announcements by Ramallah backfiring as Hamas militants in Gaza rejected them.

What will be welcome in Ramallah and Gaza, however, is that the unity government has survived and will be the main instrument of support for Gaza. The reconciliation agreement between the PLO and Hamas, publicly trashed by Netanyahu and arguably one of the reasons for the war on Gaza, has now become acceptable for practical reasons: Israel wants Gazans to be able to receive money, including salaries, the day after the war ends. Earlier, the United States, with encouragement from Israel, denied an attempt by Qatar to transfer money directly to Hamas to pay public servants.

While Palestinians and international experts have known for some time that the justification for the Gaza blockade and internal restrictions of movement was political, the issue gains importance when it is supported by a leading Israeli pundit. Barnea admits that the extreme restrictions on the movement of Palestinians between Gaza and the West Bank was a strategic decision based on the colonial theory of “divide and rule” and unrelated to any security issue, as is often alleged.

The schism between Gaza and the West Bank might increase even more, according to some Israelis. Zvi Bar’el sarcastically wrote, “We love you Gaza,” in arguing that with every rocket coming out of Gaza, Israel’s hold on the West Bank is strengthened. Bar’el observed, “If before, it had been possible to fantasize about some sort of peace, now the fate of the West Bank has been sealed and the settlers can relax.”

The question that needs to be answered is whether the Israeli establishment will indeed internalize this issue and move toward finding a solution to the situation in Gaza that takes into consideration contiguity between the West Bank and Gaza.

Marwan Muasher, vice president for studies at the Carnegie Endowment for International Peace, told Al-Monitor that he is skeptical of the Israeli government’s interest in a viable political settlement. He said, “We have seen three ground wars into Gaza in the last six years, and this is bound to be repeated. I don't see any viable chances for a political settlement that would have Israel withdraw from the West Bank.” Muasher, a former Jordanian foreign minister, also said a peaceful third intifada might be “the only point of pressure that would get Israelis to rethink their future.”

The winners and losers of the war on Gaza will become clear in the coming weeks, but it is certain that the idea that Gaza would somehow disappear into the sea — a fantasy of former Israeli Prime Minister Yitzhak Rabin — is no longer valid. Whatever emerges in the cease-fire agreement, Israelis, Palestinians and the international community cannot simply wish Gaza away. The need for a serious, long-term solution that incorporates the nearly two million Gazans with their fellow Palestinians in the West Bank can no longer be ignored.