Echoes of apocalypse in Iraq conflict

Conflictingn parties' view of the current crisis in Iraq is affected by their own religious views and interpretation of the end of times. 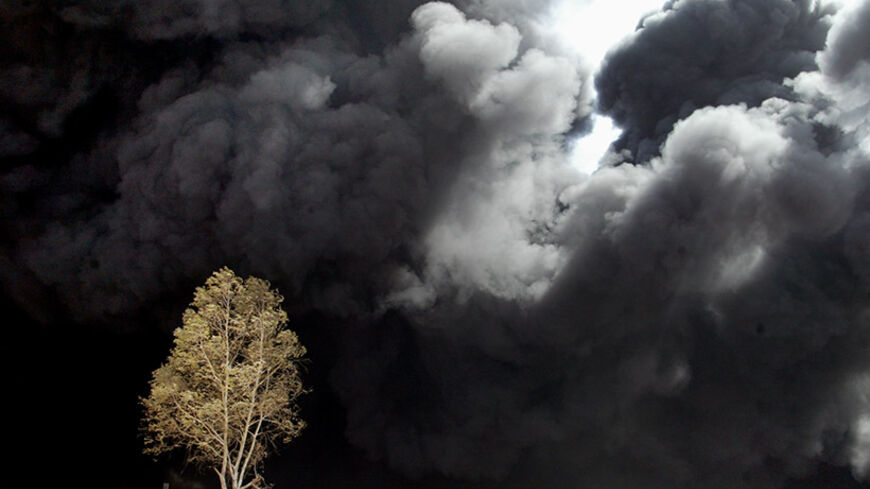 Smoke rises from a raging fire as a crude oil pipeline dwarfs a tree north of Tikrit, Sept. 18, 2003. - REUTERS/Arko Datta

When George W. Bush invaded Iraq, he was criticized, including for being motivated by eschatology (the aspect of theology that deals with the end of days) and desiring to push a right-wing Christian agenda in terms of the Christian prophecy regarding armageddon. Yet in 2003, no one foresaw the current conflict in Iraq that would lead many among the conflicting Iraqi parties to see the events as part of the prophecy of the end times, which could have an extensive impact on the conflict.

Religious visions of the apocalypse are applied to the Iraqi conflict in a structural and radical way. The religious aspect of the conflict has exceeded being mere strife between major religious denominations and sects in the country. Both Sunni and Shiite parties have made headway in applying the prophecy of the end times to current events, and have understood the recent developments as part of a prophetic context in their religious texts on the events of the end of days. This has not only exceeded the religious analysis of the events, it has even made both parties work according to this prophecy — with the religious prophecy having become an influential factor in the course of events in the country.

Abrahamic religions — Christianity, Islam and Judaism — despite having an overall structure of the end times, follow different scenarios on their prophecy of what will happen in the future. Jews associate the end with their final return to the Holy Land; Christians link it to the second coming of Christ; and Muslims see it by means of the spread of Islam throughout the entire world. They all associate these events with major tragedies that will take place ahead of these times, and with extensive and violent conflicts that will ultimately lead to world peace. Yet, all of these narratives are built upon the basis of a binary struggle between good and evil that leads to the final defeat of evil and permanent triumph of good.

In Islam, Sunnis and Shiites share most of the religious texts and understanding of the apocalyptic prophecy. They, however, disagree in designating good and evil to the conflicting parties in Iraq and assigning these roles to the main figures in this conflict. There are three major parties in the Sunni and Shiite versions of the end times events prophecy: the true Muslims, the misguided Muslims and the infidels (nonbelievers). Thus, Shiites and Sunnis place themselves in the first category; their Muslim enemies are placed in the second; and Western enemies in the third.

Prior to his death, Anwar al-Awlaki, a prominent Salafist figure who was killed in south Yemen in 2011 by US drones, explained the Salafist vision of the end times in a lecture as follows: The call for jihad emerges from Khorasan, which is the area of Afghanistan and its surroundings by today’s map. Then, a conflict between Muslims and the West takes place on the Iraqi territory, paving the way for the final battle and the tenure of the Mahdi, the prophesied redeemer of Islam who will rule before the Day of Judgment. Then, those who raised the black flags will fight both the misguided Muslims and infidels, and the battle ends with the declaration of a new Islamic caliphate.

The emergence of Caliph Abu Bakr al-Baghdadi came as part of this narrative, which is well known to Muslims. It was exploited to assist in the declaration of the Islamic caliphate. Since its inception, the Islamic State (IS) has opted for a black-colored banner and the caliph himself was seen in black to prove that he is one of the narratives that the apocalypse prophecy speaks of. Based on that, Muslims must welcome him and join his ranks. That he hails from the Quraish tribe and is therefore a descendant of the Prophet Muhammad came in accordance with the Sunni vision of jurisprudence that the caliph should be from Quraish and that the Mahdi, who will appear at the end times, is a descendant of the Prophet Muhammad. An IS leaflet seems to show that this project was planned even before Baghdadi assumed the leadership of the group when the former emir, Abu Omar al-Baghdadi, who also claimed to hail from the Quraish tribe and was therefore a descendant of the prophet, got Abu Bakr al-Baghdadi prepared for the role and planned for the tasks after his death.

On the other hand, in the Shiite view the emergence of IS represents the army of darkness that shows up and exerts its power over the Shiites at the end times, before the Mahdi’s tenure. Some even go as far as to analyze the existing alliances in the conflict based on their own end times prophecy. In particular, they see the negative role played by Turkey and the Kurds in supporting the army of darkness against the Shiites.

Some Iranian clerics have previously used these narratives to support the Islamic government in Iran, and present it as a government paving the way for the Mahdi’s tenure. Some of the close associates of the supreme leader of the Islamic Republic of Iran claimed that the latter is known as Khorasani in the end times narratives and as one of those preparing for the Mahdi’s tenure. Some of the sites that are linked to the conservative fundamentalist wing published an analysis of the end times events prophecy in the region, in an attempt to apply it to the current events.

The ongoing violence and sudden developments in the region are expected to escalate the religious discourse on the prophecy between the conflicting parties, which could significantly feed the battles and open new directions in the current conflict.