Doors closed to the markets of Turkey and Syria after militants took the town of Mosul, leading to a jump in prices for consumers, but a surge in imported Iranian goods could plug the gaps. 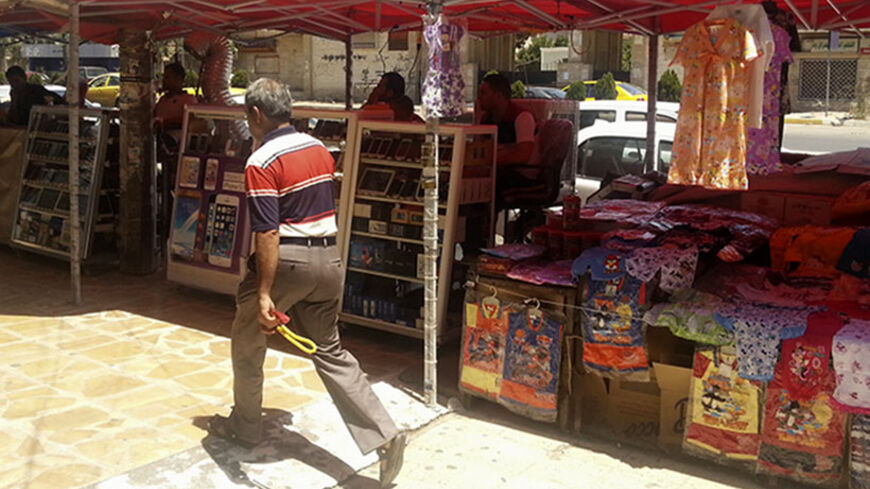 After the occupation of the Iraqi town of Mosul by armed groups, including the Islamic State (IS) and the Baath Party — banned by the Iraqi Constitution — prices of food increased significantly, a result of blocked roads and fighting near border crossings, preventing the flow of goods.

Iraq has only two sea routes, the ports of Umm Qasr and Khor al-Zubair, and the following border crossings: Trebil with Jordan; al-Waleed, al-Qaim and Rabia with Syria; Ibrahim Khalil with Turkey; Mundhiriyah with Iran; Arar with Saudi Arabia; and Safwan with Kuwait.

Iraqi markets rely heavily on border crossings for supplies, especially crossings with Turkey, Syria and Iran. The occupation of Mosul reduced access to the crossing of Ibrahim Khalil with Turkey, meaning there are no safe roads from the border to Baghdad and other provinces. Moreover, the Rabia crossing recently fell out of central government control and into the hands of Kurdish forces. Yet, even before the occupation of Mosul, this border crossing was not favored by merchants.

The three border crossings on the frontiers of Anbar province that link Iraq to Jordan and Syria are basically inoperative, since Iraqi security forces launched a massive military operation in Anbar to eradicate terrorism in December 2014. Crucially, the Mundhiriyah crossing with Iran has remained out of the hands of the mainly Sunni militants since it is located in the majority Shiite Wasit province.

Furthermore, the Iranian government opened two other crossings with Iraq to facilitate the entry of goods. According to a statement issued by the Council of Ministers, the Iraqi government facilitated the procedures for the entry of goods through this crossing to speed up the flow of imports. The government now accepts certificates of origin, provided by inspecting companies, without taking random samples at border points.

Trade between Iraq and Turkey reached $12 billion in 2013, however, on July 2, the Turkish Exporters Assembly said exports to Iraq had declined by 21%, dropping from second to third place, trailing behind the United Kingdom.

In Jamila, the main wholesale market in Baghdad, merchants complain about how the deteriorating security situation has caused them vast financial losses.

Hajj Yasser Hali, who sells dairy products, said, “Costly transportation fees have forced us to raise prices.” Hali now must take a longer road to transport his products to Baghdad, doubling the transport fees for each car, from $2,500 to $5,000. His vehicles still cross at Ibrahim Khalil, but they go through Iraqi Kurdistan and the Badra district bordering Iran. Hali said, “The security crisis is harming trade activity and forcing merchants to raise prices.”

For years, the Iraqi wholesale markets have been known to work under an exclusive corporate agency system. Hali said, “I cannot export merchandise from Iran. The Iranian companies have agents here.”

The Iranian corporate agencies in the Jamila region are filled with merchandise, since the transportation of their goods is unaffected. These types of companies have increased in volume since the import of merchandise from other countries has become more difficult. Moreover, some groups in these provinces have issued boycotts against Turkish and Saudi merchandise, due to allegations that these two states support terrorism in Iraq.

Abdul-Zahra al-Hindawi, spokesman for the Iraqi Ministry of Planning, told Al-Monitor, “The demand on Iranian goods certainly increased after the Mosul crisis. … The increase in demand and the [increase in volume] of goods pushed Iraq to open new border crossings with Iran.”

However, according to Hindawi, the Ministry of Planning has no statistics on the volume of trade between the two countries. “Iran has become the most important commercial source for Iraq after the worsening security crisis in Anbar, which affected the transportation of goods between Iraq, Syria and Jordan,” he said.

Trade volume between Iraq and Iran in 2013 reached about $12 billion. This year, trade is expected to exceed $15 billion. If the local government in Baghdad follows in the footsteps of the southern provinces and boycotts the import of goods from Saudi Arabia and Turkey, the level of trade between Iraq and Iran may jump to new, unexpected highs.