Turkey and Qatar, having alienated regional powers with their support of Hamas, are finding it hard to gain influence in Gaza cease-fire negotiations. 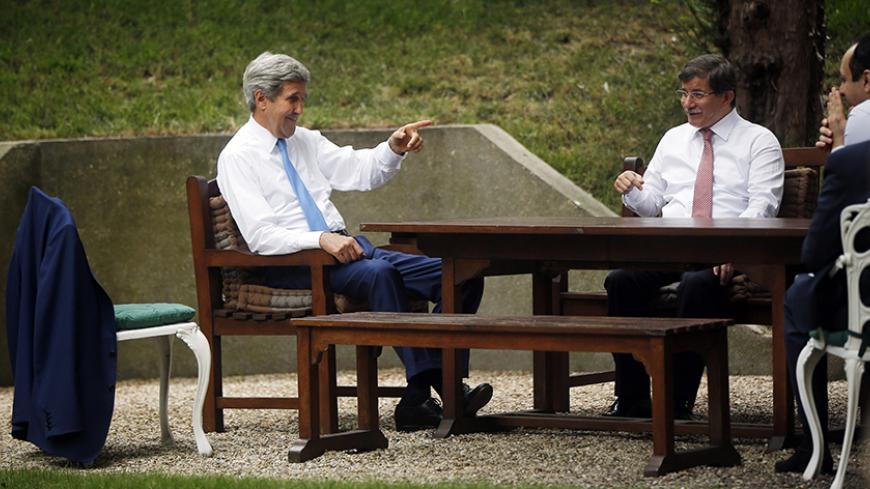 Having been largely isolated so far, Turkey and Qatar are trying to gain a foothold in the talks over Gaza. Working closely, the two countries and aiming for a cease-fire that includes Hamas in the negotiations and also eases the Israeli siege of Gaza.

The United States has shown some readiness to support the Turkish-Qatari endeavor, reportedly because of the influence it believes the two countries have over Hamas. But Washington’s involving Ankara and Doha in the talks has not been welcomed by everyone.

Israel, the Palestinian Authority (PA), and Egypt are angry with US Secretary of State John Kerry for pushing a cease-fire plan they believe was influenced by Turkey and Qatar. This reaction shows again Ankara and Doha’s unwelcome position in the region because of their unqualified support for Hamas and the Muslim Brotherhood.

Arguing that Kerry’s cease-fire attempt ended in a “fiasco,” The Wall Street Journal in a July 28 commentary underlined that Jordan and Saudi Arabia were also among regional countries that do not want a Palestinian state run by Hamas.

Due to its radical Islamic outlook and close links to the Muslim Brotherhood, Hamas remains unloved and unwanted by most regimes in the Middle East, even though it was elected by the people of Gaza. Few countries in the region are therefore likely to be pleased with Turkish and Qatari attempts at empowering the group.

There is strong logic, of course, behind Turkey and Qatar’s argument that there is something inherently wrong in cease-fire talks which exclude one side of the conflict, which in this case happens to be Hamas. The reality on the ground, however, appears too intractable for this argument to float, especially at a time when the world wants to deal with the PA and not Hamas.

Prime Minister Recep Tayyip Erdogan, who has made the plight of Gaza a central theme in his campaign for the coming presidential elections, is not hiding his anger at Arab countries because of this. He is accusing Arab countries of looking on while Israel kills Palestinians.

But Ankara has been able to do little in reality to influence events in Gaza due to suspicions about Erdogan, who has made his sectarian-based sympathy for the Muslim Brotherhood highly apparent. Qatar is the only regional country Turkey agrees with currently over key issues relating to the Middle East.

Syrian President Bashar al-Assad aside, Erdogan has no open channels of dialogue with Egyptian President Abdel Fattah al-Sisi — whom he has called a tyrant, and questioned his role in trying to secure a Gaza cease-fire. Erdogan also has no dialogue with Iraqi Prime Minister Nouri al-Maliki, and Turkey’s ties with Saudi Arabia remain frosty since the Saudi side supported the coup in Egypt that toppled Erdogan’s friend, President Mohammed Morsi.

The Turkish-Qatari cease-fire proposals that angered Israel, the PA and Egypt were worked out in Doha between Turkish Foreign Minister Ahmet Davutoglu and Qatari Foreign Minister Khaled al-Attiyah when they met on July 25. The two foreign ministers met up with US Secretary of State John Kerry in Paris the next day to promote the proposals in meetings with their French, British and German counterparts.

Kerry, who had participated in the talks the previous day in Doha by phone, appeared also to be pushing the Turkish-Qatari proposals. Israel rejected what came to be known as the Kerry proposals, while the Israel media started vilifying the US Secretary of State, accusing him of promoting the Hamas line.

Turkish-Israeli relations plummeted following Israel’s previous Gaza operation in 2008-2009 and remain tense today. That Erdogan has been using strong language against Israel, even going so far as to equate Israeli actions in Gaza with those of Nazi Germany, has not helped, either. It is therefore unlikely that Israel will look warmly on any Turkish proposal, especially if it involves Hamas in any way.

The PA for its part reacted just as angrily as Israel with regard to the Turkish and Qatari involvement. The Israeli media carried a statement from PA President Mahmoud Abbas’ Fatah faction which said, “Those who want Qatar or Turkey to represent them should leave and go live there.”

PA officials have also told the press that president Abbas is furious over Kerry’s talks with the Turkish and Qatari foreign ministers in Paris — to which the PA was not invited — seeing this as an affront and an effort to sideline Fatah in favor of Hamas.

Ironically Abbas was in Turkey recently — where he was met with full honors by Erdogan and President Abdullah Gul. He was not only seeking support to end the plight of Palestinians in Gaza, but also wanted Ankara to use its influence over Hamas to accept Egypt’s cease-fire proposals, which he indicated the PA supported.

This however goes against the grain of the kind of negotiations and the cease-fire plan to follow from these that Erdogan — who at any rate wants no Egyptian involvement — has been openly supporting.

Egypt for its party was reportedly angry over the Paris talks, not only because, like the PA, it had not been invited to them, but also because it saw these talks as an effort by Ankara and Doha to sideline Egypt. Egypt, together with Israel, has already accused Turkey and Qatar of sabotaging its initial cease-fire plan. Ties between Egypt and Turkey are no better today than ties between Israel and Turkey.

So what roles can Turkey and Qatar play? Or to put it differently, what does Washington expect them to do? There seems only one role available for them in this crisis and that is based on their ties with and affinity for Hamas.

They are expected to rein in Hamas, particularly in terms of the rockets fired into Israel, and to get Hamas to accept the authority of the PA in the present situation. Hamas leaders know this and are obviously not willing to bow to pressures to sign on to an Egyptian and US-brokered plan worked out with the PA.

Hamas clearly believes they can continue to hold out as world opinion turns against Israel. At any rate, Ankara and Doha unwilling to force Hamas into accepting a cease-fire it is not happy with. But this leaves Turkey and Qatar on the sidelines in terms of current effort to end the war in Gaza.

Both countries need to move to more neutral ground in order to dispel doubts about their ultimate intentions that have emerged in the region before they become more influential, not just in the Israeli-Palestinian conflict and Palestinian disputes, but also in the Middle East generally. Given that Erdogan is continuing to utter virulent remarks about Israeli and Egyptian leadership in particular this appears unlikely for the immediate future, at least as far as Turkey is concerned.

As the present situation shows, Turkish and Qatari involvement in Gaza appears doomed to drown in controversy, rather than producing concrete results. This seems to be the upshot of the Paris talks with Kerry, and the subsequent cease-fire plan put forward by Kerry based on those talks.

Future developments may provide opportunities for Ankara and Doha to play more central roles in both Gaza and other regional crises. Presently however conditions not appear ripe for this.