Turkey's tourism sector is being galvanized by a museum boom as the government invests in promoting its Ottoman heritage. 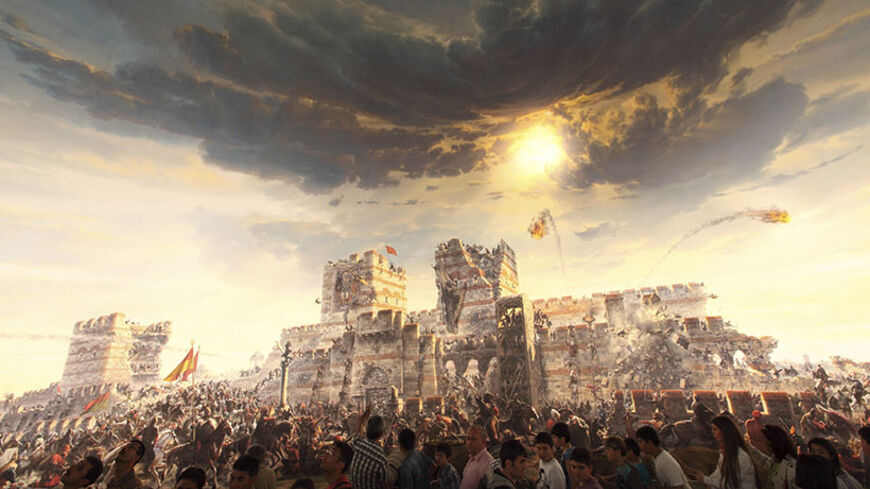 In the first five months of this year, the number of foreign visitors to Turkey rose to 10.9 million, 4.8% more compared with the same period in 2013, according to data released by the Ministry of Culture and Tourism.

A considerable increase in the number and diversity of restored and new museums across the country has been an important part of government’s strategy to contribute to Turkey’s image as a top tourist destination. Between 2000 and 2013, the number of overall visitors increased 335%, while the number of visitors to museums and historic sites increased 428.8%.

This museum boom should be no surprise. According to The Economist’s special report on museums, when it comes to “the more affluent parts of the developing world,” in addition to private individuals, it is mainly governments that invest in museums, as they “want their countries to be regarded as culturally sophisticated.” For them, museums are “symbols of confidence, sources of public education and places in which a young country can present a national narrative.”

Turkey is neither a small nor a young country, but the focus on presenting a certain narrative fits very well in today’s context. For years now, the ruling Justice and Development Party has been zealous on revisiting Turkey’s Ottoman heritage in particular. Its leadership has been both praised and criticized for “neo-Ottomania,” but the government seems determined to continue efforts that celebrate this part of its history. Religious conservatives claim it as their glorious heritage and one that secularist republicans in power suppressed for decades.

Museums are thus important and powerful channels to restore or reclaim Ottoman narratives in the eyes of both local and foreign visitors who flock en masse to Turkey. A perfect example is the Panorama 1453 History Museum in Istanbul, commemorating the Ottoman siege of Constantinople.

A scene from the panorama (panoramikmuze.com)

The Istanbul Metropolitan City Council as well as Prime Minister Recep Tayyip Erdogan supported the establishment of this museum, which opened at the end of 2009. From then until February 2014, 3.75 million people had visited.

Located in what is today the Topkapi Cultural Park area, previously a disreputable and unsafe bus terminal, the museum is close to the remains of the Walls of Constantinople. It covers an area of 2,350 square meters (25,000 square feet), and boasts a painting 38 meters (125 feet) in diameter that brings to life the conquest of Constantinople by the army of Sultan Mehmed II in 1453. The originator and coordinator of the project, Hasim Vatandas, worked on it with eight artists for five years. They worked meticulously on the details, including clothes and weapons for the 10,000 individual figures depicted.

At first, a visit to Panorama 1453 seems like the familiar museum experience of walking and observing art and learning about history. But upon ascending the stairs toward the main attraction, one unexpectedly marches into a completely different world, transported in seconds centuries into the past to relive one of history’s most important battles. The viewing platform is 14 meters (46 feet) from the painting, and the space between displays huge cannons and barrels of gunpowder, and the sounds of firing cannons add to the auditory experience. The spectacularly realistic 3-D effect is also accompanied by the exciting sounds of Mehter, the historic Ottoman military marching band, and appropriate lighting.

A scene from the panorama (panoramikmuze.com)

Another major element in the panorama is the silhouette of Ottoman ruler Sultan Fatih among the clouds, as a discrete reminder from the painters that he is watching over us.

In addition to such blunt neo-Ottoman hallmarks, which would not bother anyone if it did not seem the only narrative being celebrated today, the Turkish government has invested in other kinds of museums as well.

Investment in museums for their revenue seems straightforward. According to the Turkey Museums 2013 report by the Association of Turkish Travel Agencies, 29,533,966 people visited museums and historical sites in Turkey that year, of whom 69% were foreign and 31% Turkish citizens. Topkapi Palace and its harem section noted the highest increase, totaling 4,428,463 visits. More broadly, the association's target for 2014 is 43 million visitors and $36 billion in revenue.

Around the country, many towns are opening museums, or in words of Sanliurfa’s museum director Muslum Ercan, “tourism locomotives.” There, the Haleplibahce Mosaic Museum, Arkeo Park and the Archaeological Museum are to form Turkey’s biggest museum complex, exhibiting 10,000 artifacts. In Hatay, the province of the historical Antioch, the New Archaeological Museum is to be the biggest closed-space museum in Turkey. The interesting Medical and Aromatic Plants Museum is settled in Hatay as well. In Kayseri, the monumental Gevher Nesibe Madrassa, known as the world’s first medical center built in 1206, has been turned into a medical museum and first Seljuk museum in Turkey. These are but a few of the restored and new museum openings exploding across the country.

Turkey’s spurt in the number of museums and renovations is an encouraging indicator of cultural vibrancy. The New York Times reports that many other countries, such as China, have recently also “indulged in a spectacular binge of museum construction, thanks both to competitive nationalism and to new wealth.” New museums are often being built in places where, as Orhan Pamuk notes in The New York Times Style Magazine, “individual rights and freedom of thought are often suppressed. … The massive, Louvre-like state museums that are being set up … do nothing to nurture the efforts of local artists and individuals.”

In Turkey, government officials claim the opposite. In statement for Al-Monitor, Murat Gurul, the assistant director of the General Directorate for Cultural Assets and Museums, explained, “To develop public attention and positive perception of museums, as well as to show that museums are not just a storage place or space for exhibiting artifacts, in participation with various organizations, we host different social events, children's festivals, workshops, theatrical shows, seminars, conferences. While organizing cultural trips related to contemporary exhibitions, children are learning about cultural and museum values.” Yet, while he praises the ministry’s use of cutting-edge technology and interactive exhibits to attract visitors — surveys from the last two years show a 96% visitor-satisfaction rate — he finds the allocated funding insufficient. Although the museums department was awarded 298,947,000 Turkish lira ($143 million, 16% of the budget of Ministry of Culture and Tourism for 2013), those funds are not enough.

So, the battle of the narratives continues simultaneously with the rising number of museums, along with the increasing number of tourists in Turkey. That said, understanding the changing nature of museum experiences around the world should become one of the priorities for decision-makers and wealthy individuals willing to invest in museums. Pamuk agrees that museums “should be more like novels — less about nations, tribes, institutions, more about personal stories.” In his words, Istanbul’s biggest deficiency today is one big Istanbul Museum — not Topkapi, or a museum about the Ottoman Empire, but one of the Ottoman people. Its story should be not of sultans, but of ordinary people, he thinks.

It’s a commendable project for the future, since giving a voice to all sorts of different people while keeping the state's volume down seems to be the biggest challenge in Turkey — both in the past and today.