The Iranian judiciary’s spokesman has said that various charges are still being investigated against former President Mahmoud Ahmadinejad and other officials in the banking and oil sectors. 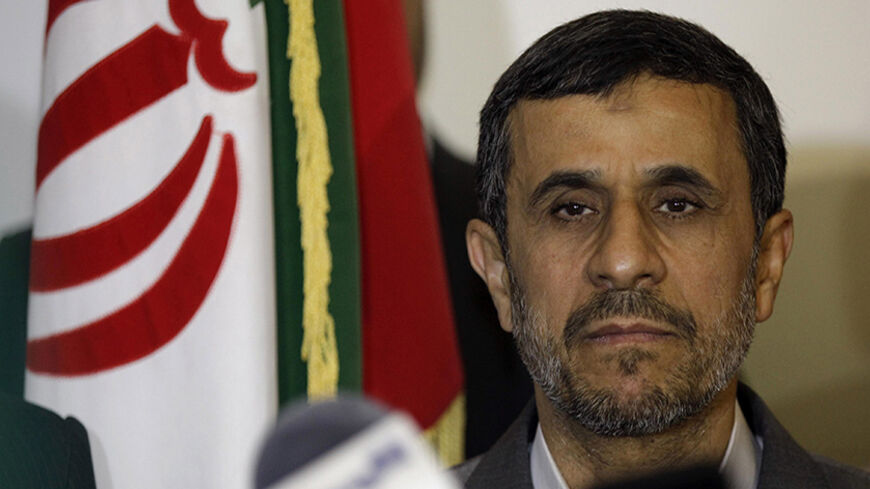 The spokesman for Iran’s judiciary said that former President Mahmoud Ahmadinejad’s legal cases have not been closed yet. Gholam Hossein Mohseni Ejei, who is also the country’s top prosecutor, addressed a number of other sentences and arrests of officials in the banking and oil sector.

At a press conference June 30, in response to a reporter’s question about the court cases for the former president, Mohseni Ejei said, “I have explained this issue before, how this case will be investigated. This case is currently being investigated in court and there has been no sentence and it has not been closed. The manner of the investigation is up to the judge and the law.”

According to various media reports, Ahmadinejad has a number of pending cases against him. Mohseni Ejei did not clarify the nature of any of those cases.

June 17, Ahmadinejad was summoned to court after parliament speaker Ali Larijani and the head of parliament’s Article 90 Commission, Mohammad Ali Pourmokhtar, filed charges against him. Among the complaints were not assigning a sports minister on time, violations at the Oil Ministry and numerous and repeated violations in implementing the budget.

Larijani denied rumors that the charges against Ahmadinejad were personal. The animosity between the bitter political rivals peaked when Ahmadinejad played an audio tape on the parliament floor implicating Larijani’s brother in a corruption scandal.

On Jan. 5, it was confirmed that Rahimi was out on bail, presumably in connection with a case involving embezzlement and bribery at Iran’s largest insurance firm, Iran Insurance Company. A total of 78 individuals have been implicated in the case. After the news broke, Rahimi admitted that over a two-year period, he was interrogated 11 times for a total of 55 hours.

The billionaire “economic Basij” Babak Zanjani’s case is still open, according to Mohseni Ejei. Zanjani was tasked with helping Iran evade sanctions on its oil sales under the Ahmadinejad administration. He amassed a great fortune, which he showed off on his Facebook page and interviews with BBC Persian. He was arrested in December 2013.

Mohseni Ejei said that a special panel had been convened to assess Zanjani’s domestic and foreign assets. Zanjani reportedly owes the Oil Ministry $3 billion and the judiciary is in the process of auctioning off his assets. Mohseni Ejei said that the sooner his debts the clear, the quicker his case can be resolved.

Mehafarid Amir Khosravi was hanged in May 24 for his involvement in Iran’s biggest embezzlement case. According to Mohseni Ejei, his brother Mehreghan Amir Khosravi’s case is still open while the judiciary determines his assets. Three other individuals were sentenced to death in that case, though their sentences have not yet been carried out.