The United States and Iran participated in both bilateral and trilateral meetings during the nuclear talks in Vienna. 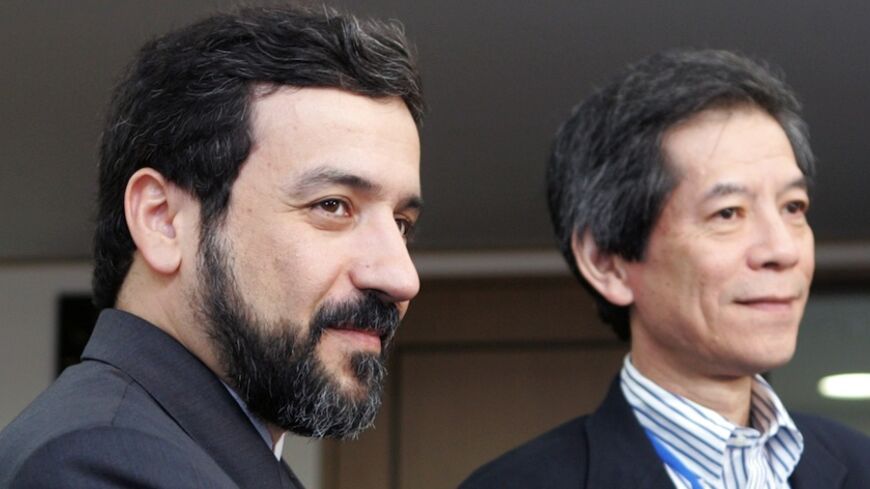 VIENNA — Iran and six world powers hope to start drafting the text of a framework for a comprehensive nuclear accord on June 18 and to complete a framework by the end of the talks here within the week, Iran’s deputy foreign minister said June 17, as negotiations intensify even amid continued gaps on elements of a final deal.

The two sides have agreed that Iran will have enrichment and sanctions relief in a final deal, but need to agree on how much and on the details, Iran Deputy Foreign Minister Abbas Araghchi told Iranian journalists at the top of a press briefing here the evening of June 17, after an intense day of meetings among diplomats and experts.

Araghchi also said the P5+1 has delivered the sanctions relief agreed in the Joint Plan of Action, as Iran has honored the commitments it made in the six-month deal, including suspending 20% enrichment and almost eliminating its 20% stockpile and giving increased access to its nuclear program to the International Atomic Energy Agency (IAEA).

All the parties are hoping to complete the final deal by July 20, US and Iranian officials both said here this week, and have not discussed extending the talks up to this point. The "Americans are serious" about trying to get a deal, Araghchi told the Iranian journalists.

Both US and Iranian diplomats said a two-day bilateral meeting between their diplomats last week in Geneva helped further clarify each other’s positions and narrow some differences, though they did not go into details.

"We not only understood each other better, we both can see places where we might be able to close those gaps," a senior US administration official told journalists here June 16 about the US-Iranian meeting.

Some diplomats have suggested that among the hardest issues to resolve — the size of Iran’s enrichment program in a final deal — may be more likely to narrow toward the end of the talks, rather than this round, given the negotiating dynamics. But one P5+1 negotiator assessed that on that issue, Iran was going to probably have to budge to close a final deal.

"I have seen no sign that the US has changed its position at all" that Iran’s enrichment program must be limited in the near term to prevent rapid breakout, and therefore, would advise that Iran “is going to have to make a choice,” if it wants to advance a deal, Russia’s Deputy Foreign Minister Sergey Ryabkov told journalists as he was leaving the talks the evening of June 16.

But there has been progress narrowing differences on other issues, such as international cooperation on nuclear nonproliferation — which could give Iran prestige and help sell a deal at home; and modifications to reduce proliferation concerns on Iran’s as yet uncompleted Arak reactor.

“In some cases our views are closer together, and in some cases [there is] still a differences of views,” Araghchi said. He urged the parties in the P5+1 not to lose sight that the goal of a final deal is to ensure that Iran’s nuclear program remain exclusively peaceful, and warned maintaining maximalist positions could endanger a deal that would best provide those assurances.

"Some parties in the P5+1 still have some illusions, still stick to positions that belong to the past," Araghchi said. "We advise them that a solution can only be possible if all sides are realistic, avoid illusions, avoid positions which cannot be achieved."

But that was the rare note of warning in talks that have by most accounts been highly workmanlike and professional behind closed doors.

"There are still significant gaps between the P5+1 and Iranian positions, we don’t have illusions about how hard [it will be] to close gaps," the senior US official said. "But we do see ways to do so."