The United States should not expect much help from Russian President Vladimir Putin. 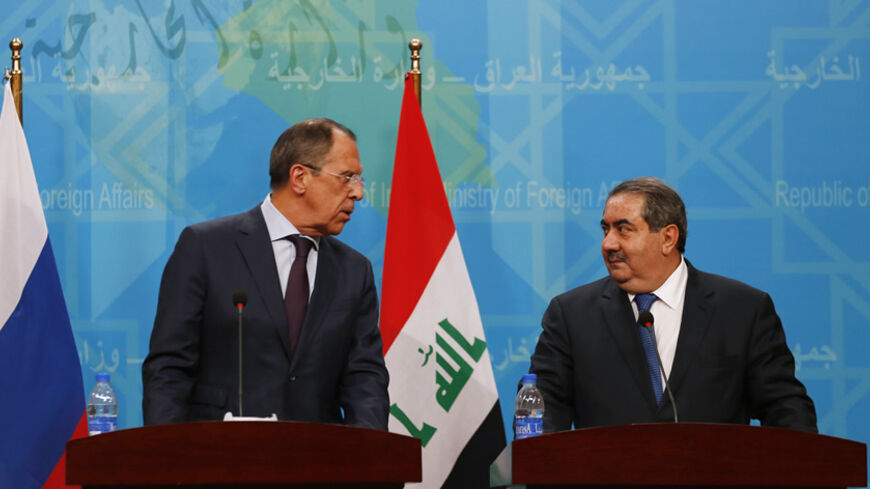 It is reasonable to criticize experts in international affairs for failing to predict any of the momentous events of the past few decades. The fall of communism in Eastern Europe as well as the collapse of the Soviet Union and the "Arab Spring" all caught analysts by surprise. There are also cases, however, when the opposite is true and political Cassandras unanimously caution about something, but decision-makers simply dismiss them. Iraq is just one such case.

In the autumn of 2002, when it became clear that the George W. Bush administration was pushing for military action against then-Iraqi President Saddam Hussein, there was an effective consensus among Russian Orientalists. Save for a few negligible exceptions, they all unanimously asserted that such action would lead to chaos and ultimately to the disappearance of Iraq as a unified state. At all international conferences and in personal meetings, Russian specialists cautioned their American colleagues not to do it. Some of the interlocutors agreed; others nodded knowingly, while remaining unconvinced; while others still, especially those who worked directly with the US administration, shrugged their shoulders. There is no need to scare us, they'd say, the democratic transformation of the Middle East is inevitable, it has only to be encouraged.

After a year or two, however, against the background of bloody turmoil in Iraq, many of the optimists were forced to admit that the Russian skeptics had been right. Later, when some order was brought to Iraq along with the start of relatively democratic procedures, it again appeared that Moscow had exaggerated. Still, even then Russians did not place much faith in the future of Iraq. Most commentaries regarding the withdrawal of US forces from there boiled down to the fact that the United States had one task, namely to ensure that a democratic Iraq would not collapse immediately after the liberation from occupation, thus saving face.

The lack of confidence in Iraq’s prospects did not prevent Moscow from establishing relations with the Iraqi leadership, especially since democratic elections — as it could have been easily predicted on the basis of Iraq’s confessional structure — brought to power forces more in tune with Iran than with the United States. After Saddam's overthrow, it seemed that Russian oil companies, primarily Lukoil, had forever lost the Iraqi market and its resources. But gradually, they began to return and invest in previous projects such as the development of the major West Qurna Field. Separately, links were built with the Kurdish leadership. In 2012, an important deal was reached to sell weapons to Baghdad worth more than $4 billion, which visibly irritated Washington. The agreement had not even been sealed when a fight broke out over it. Nonetheless, Iraqi Prime Minister Nouri al-Maliki aimed for maximum diversification of economic and geopolitical relations to avoid being exclusively dependent on any of the major players.

Iraq's position on the Syrian conflict, if it didn’t entirely coincide with Russia’s and Iran’s, then certainly drastically differed from that of the rest of the Arab countries. There were even talks of a Russian-Shiite axis in the Middle East, the Moscow-Tehran-Baghdad-Beirut (Hezbollah) axis.

The resumption of active ties has not affected Moscow’s assessment of Iraq’s future prospects, as Russian scholars have long been arguing that a new civil war has been rapidly brewing in the country. In the last two or three years, this has been a main topic of conversation, though, oddly enough, Iraq has not been in the spotlight all the same. US President Barack Obama, whose withdrawal from Iraq has become one of the major achievements of his presidency, did not want to admit that the situation in the country was quickly deteriorating and something had to be done about it.

Iraq has played an important role in Russian politics. The 2003 US invasion was in many respects a turning point in Russian President Vladimir Putin’s assessment of the United States, the West and the possibility of full and equal cooperation with them.

Putin, it must be said, though he spoke strongly against Washington's military involvement in Iraq as well as warning of the consequences, was not at the time the most active opponent of the United States. His rhetoric drastically toughened under the influence of then-French President Jacques Chirac, who led the campaign against the US invasion. The Russian president counted on the fact that, if he supported Chirac and German Chancellor Gerhard Schroeder, yet another critic of Bush, this would likely be a breakthrough toward qualitatively different relations with the European Union. At the time, this was a key desire of Putin’s. The Iraq conflict was the first case — and the last, so far — in which Russia wasn’t against the West overall, but sided instead with one part of it against another.

For various reasons, those hopes did not materialize, but Putin drew conclusions with regard to the world order. Iraq, in his opinion, proved that the United States is doing and will do what they want and see fit, even if it is contrary to the rule of law and requires the manipulation of evidence. It is not an accident that Putin recently mentioned the tubes with the allegedly irrefutable evidence that Saddam had weapons of mass destruction, which then-US Secretary of State Colin Powell showed at the UN Security Council. The Russian president was speaking about accusations that Russia was fomenting a war in Ukraine. "Show the proof or do you have again, like then, only tubes with unknown powder?" he said.

Gradual changes, hardly noticeable at first, took place in Russian foreign policy following the Iraq campaign. Moscow, as so often before, seemingly came to terms with what had happened, and even started to cooperate on Iraq within the framework of international stabilization efforts. Long-term decisions, however, had been made regarding the fact that the United States could not be trusted; that Russia must rely only on itself and concentrate its strengths and capabilities to defend its positions in a world of chaos and legal nihilism. In this respect, Russia's way into the Crimean Peninsula began on the day when American tanks rolled into Iraq.

It is curious that Iraq, as a test-project for the global promotion of democracy, was a harbinger of the "color revolutions" in the former Soviet Union, especially in Georgia and Ukraine. Broadly speaking, these were all elements of the same policy, although pursued by different means. At its core lay the theory of "democratic peace," according to which the more democracies there are in the world, the fewer wars and threats thereof will ensue — so that democratization should be fostered by any means. Now the order has been reversed. First, the tumultuous events in Ukraine started, the second series of the democratic revolution in 2004, but now with large-scale use of violence and the threat of state collapse. And then Iraq exploded yet again: The seeds sown over a decade ago have finally sprouted. There is no direct connection, but in the general context of an unpredictably insane world, they are links of one single chain.

The new Ukrainian authorities have had no luck. The Iraqi catastrophe clearly diverts the US’ attention from Ukraine, and this plays into the hands of Russia and those Ukrainian forces in the east of the country that are oriented toward it.

The scale of the consequences of current events in Iraq is difficult to predict. Russia risks losing investments, let's say, for $4 billion by Lukoil, but this pales against the possible domino effect. This may entail a new civil war in Iraq, which could pour oil on the fire of the Syrian conflict as well as the overall confrontation between Saudi Arabia and Iran, Sunnis and Shiites. The emergence of an independent Kurdistan would reshape the entire geopolitical map, putting Turkey in an incredibly difficult position. The impact on Afghanistan is impossible to calculate, and so on and so forth.

Despite the serious Russian-US standoff over Ukraine, Moscow will definitely not try to play the role of spoiler and exacerbate the problems the United States faces in the region. There is too high a risk of collapse of the entire regional system, so close to the Russian borders. This is even more so because Russia-friendly Iran in this situation is as interested as the United States in maintaining the status quo in Iraq.

Moscow, however, is unlikely to undertake active efforts to assist Washington. For the Russian leadership, as well as for Russian public opinion, what is happening in Iraq is a verdict on the entire US policy after the Cold War, and the symbol of the resounding failure of those who only recently displayed the utmost arrogance toward everyone who disagreed with their policies. Putin sees in Iraq yet further proof of how right he was. The attempts at leadership of the mightiest countries bring only destruction and achieve the opposite effect, whether it is the EU's efforts to drag Ukraine into its sphere of influence, which resulted in serious upheaval, or the collapse of Iraq, whose impetus came from Washington's desire to establish the "correct" order in the Middle East.