What Russia Learned From the Iraq War

Moscow believes that "strategic insanity" has taken hold in Washington since the Iraq war, based upon the erosion of the pillars of regional stability and its flirtation with Islamists, writes Fyodor Lukyanov. 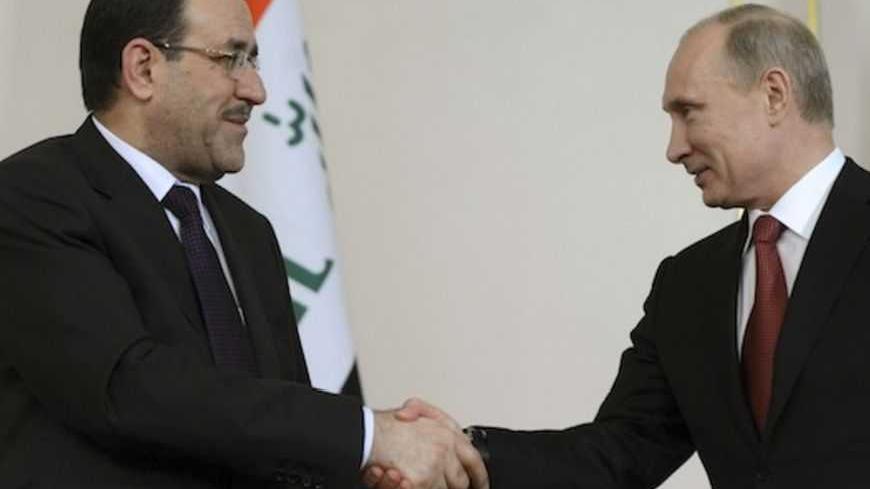 In the summer 2006, when then-President George W. Bush came to St. Petersburg for a summit of the "Big Eight," an interesting dialogue took place between him and Russian President Vladimir Putin at a news conference. Bush drew attention to the challenges posed by democratic freedoms, especially freedom of the press, in Russia — and then noted that things had gotten much better in Iraq. Putin immediately responded, "Well, we really would not want the kind of democracy they have in Iraq." The room filled with applause, and not everyone heard Bush's response: "Just wait, it’s coming." What Bush had in mind was increased stability in Iraq, but it sounded more ominous: you’ll see, democracy will be brought to you as well...

In the nearly seven years since, the situation in Iraq has indeed changed for the better, although the rationale behind the war is increasingly being questioned. It's not clear what the United States achieved for itself. In Russia, most analysts, politicians and ordinary citizens believe in the unlimited might of America, and thus reject the notion that the US has made, and continues to make, mistakes in the region. Instead, they assume it's all a part of a complex plan to restructure the world and to spread global domination. Doubts have crept in; given the chaos in the Middle East, it's increasingly difficult to construct a conspiracy theory that proves the devilish vision of the United States. But true believers will always find arguments in favor of their cult.

The Iraq War, which began 10 years ago, has played an important role in domestic Russian politics. It hasn't produced a turning point in relations with the US. Few today recall that Putin and the Russian leadership reacted to the preparations for war, and to the war itself, rather calmly — essentially saying, we are categorically opposed, your actions are unbelievably foolish, but in principle it is your business. Putin was still operating in the paradigm of 2001 and 2002, when he genuinely hoped that cooperation with the United States in Afghanistan and in the fight against terrorism could transform American-Russian bilateral relations. Russia could not and did not support the invasion of Iraq — though some public figures at the time suggested the possibility of military involvement — but Putin didn't want Russia's opposition to jeopardize Russia's ties to the U.S. and Putin's personal contacts with Bush.

Moscow's rhetoric toughened significantly in February 2003, after Putin’s visit to Berlin and Paris, where the two European leaders most strongly opposed to Washington on the Iraq issue persuaded the Russian president to act more decisively. This was particularly noticeable in Paris, where then-President Jacques Chirac, in a violation of diplomatic protocol, personally met his Russian counterpart at the airport and, while riding in the same car, tried to convince him of the disastrous nature of American policy. At the press conference after the talks, Putin used the language of the French Gaullists: a multi-polar world and the confrontation of hegemony. The reason, once again, was pragmatic. For the first time, Russia wasn't opposing the West, but instead stood with part of it against another. Cold War disengagement seemed to have been overcome. Hoping for a breakthrough in relations with the European Union (which never materialized), Putin took the risk of deteriorating the relations with America.

Nevertheless, even the invasion of Iraq without a U.N. Security Council authorization didn't fatally damage Russia's relations with the United States. It is very strange to recall today that in October 2004, even as relations with the US were worsening, Putin publicly stated that Russia would like to work with Bush and not his presidential rival, John Kerry. A real turn towards conflict began at the end of 2004, when Washington actively supported the "Orange Revolution" in Ukraine.

The conclusions drawn by Putin from the situation surrounding Iraq were concerned less with Russian-American relations, and more with general idea of how the world works in the twenty-first century. The strong do what they want: they don't contemplate international law, global reality or the costs incurred by themselves and others. The only rational way of behaving in such a world is to increase one’s own power and capabilities, so that one can fight back and exert pressure, if necessary. Consolidation of potential — in every sense — is the secret of success. One may consider it a coincidence that the case against Mikhail Khodorkovsky, the owner of Russia's largest oil company, Yukos, began immediately after the American intervention in Iraq. There were plenty of clear internal motives, but the external context was conducive to the case. Putin believed that the time had come to take all strategic assets under state control and prevent encroachment by global competitors. (The idea that the Iraq war was waged over oil is commonly accepted in Russia.)

In the 10 years since the Iraq war, Putin's worldview has only strengthened and expanded. Now he believes that the strong not only do what they want, but also fail to understand what they do. From Russian leadership's point of view, the Iraq War now looks like the beginning of the accelerated destruction of regional and global stability, undermining the last principles of sustainable world order. Everything that's happened since — including flirting with Islamists during the Arab Spring, U.S. policies in Libya and its current policies in Syria — serve as evidence of strategic insanity that has taken over the last remaining superpower.

Russia’s persistence on the Syrian issue is the product of this perception. The issue is not sympathy for Syria's dictator, nor commercial interests, nor naval bases in Tartus. Moscow is certain that if continued crushing of secular authoritarian regimes is allowed because America and the West support “democracy,” it will lead to such destabilization that will overwhelm all, including Russia. It's therefore necessary for Russia to resist, especially as the West and the United States themselves experience increasing doubts.

Another lesson that Russia has learned from the events in Iraq is that nothing is irreversible in world politics. In the spring of 2003, when Baghdad crowds were smashing monuments to Saddam Hussein, it seemed that the era of relations between Russia and Iraq would end forever, and that Russian companies would be thrown out of the market — especially since the Americans wouldn't have invaded one of the Middle East's most oil-rich countries only to share this trophy with someone else. instead, Iraq today is run by a government which is by no means pro-American, and Russia is discussing major deals for the sale of weapons and for return of Russian oil companies. The process is filled with twists and turns, and last year's famous deal ($4.2 billion worth of weapons) remains up in the air — but there's normal competition, and the market continues to exist. On the Syrian issue, this strengthens those who believe that making concessions to the opposition or changing sides for the sake of future dividends does not make sense. No matter what, everything will change many times over. That's probably the main lesson of Iraq ten years after the war: in today's world, everything is changing fast, and in unexpected directions that don't necessarily match preliminary calculations.

Fyodor Lukyanov is the chairman of the Council on Foreign and Defense Policy and editor of the journal Russia in Global Affairs.