Russia Will Not Change Its Position on Syria

Fyodor Lukyanov writes that Russia's fundamental interests in Syria remain unchanged, and that while Moscow will support a political settlement to what it views as a sectarian and regional war, it will not support a Western intervention to depose Syrian President Bashar al-Assad. 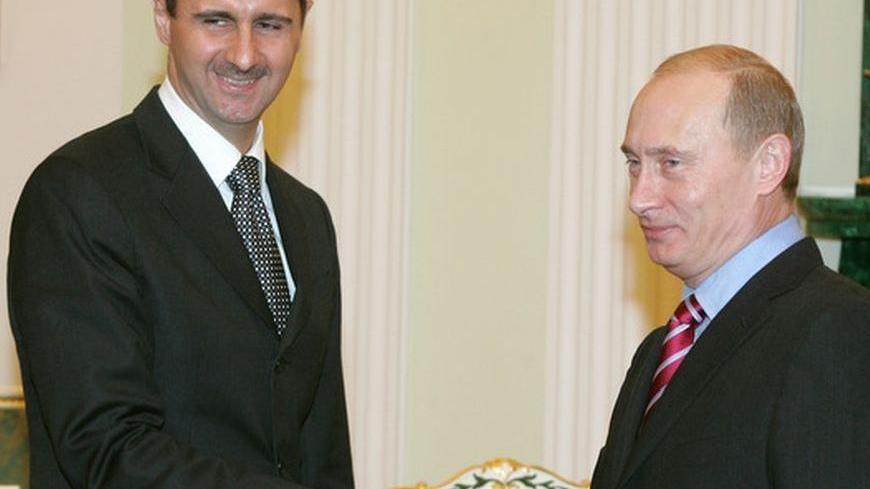 The world is tired of the never-ending Syrian deadlock, so any news promising change becomes a sensation. Late last week, its author was a special representative of Russia in the Middle East, Deputy Foreign Minister Mikhail Bogdanov.

At the round table in the Public Chamber, an advisory body created a few years ago for the representation of civil-society organizations, he stated, “We need to face the facts: the current situation is that the government regime is giving up more and more control over larger territories in the country.” The diplomat admitted that there was a possibility that the Syrian opposition might win; however, he added that most likely, the war would drag on for a long time and take many more lives.

The statement caused a storm of reaction, interpreted in the West and the Arab world as a shift in the Russian position, distancing Russia from Bashar al-Assad. Some critics were happy that finally, Moscow had stopped daydreaming and faced reality, while others speculated how Russia was going to help the rest of the world to overthrow the regime. The power of the reaction has caused a commotion in the Russian Foreign Ministry. First, the ministry attempted to stop the spread of this information, and the next day a spokesman said that Bogdanov "did not make any statements, nor did he give a special interview on the Syrian issue," saying instead that he simply "cited the already known statements made by the representatives of the Syrian opposition and their foreign sponsors, in which they made references to the 'quick victory over the regime in Damascus.'" This, consequently, led to speculations on the "split in Moscow" over the situation in Syria.

The Russian policy toward Syria is beyond international comprehension as observers try to ascertain motivations connected to Syria and the Middle East.

Indeed, Russia used to have more tangible interests in the region. Nonetheless, its politics should be scrutinized from a different angle — related not so much to the Middle East itself, but to the overall understanding of Moscow as to how international relations should operate. And that has been mentioned many times, publically and officially, by Foreign Minister Sergey Lavrov.

“If someone intends to use force by any means, we most likely won’t be able to contain them in doing so. But we’ll let them do that unilaterally, so there is nobody else to blame. They will receive no endorsements from the UN Security Council,” read a statement made by Lavrov at the press conference on Jan. 18, based on the results of 2011, outlining position of the Russian Federation. Another fundamentally important and more precise statement was made on July 16: “The model of how the international community will respond to internal conflicts in the future largely depends on the outcome of the resolution of the Syrian crisis.”

The perseverance of Russia is also directly related to the events that took place in Libya in 2011. Back then, Moscow, at the personal decision of then-president Dmitry Medvedev, deviated from its normal position of non-interference in others' internal affairs, and technically consented to a military action against the Gaddafi regime. Such a gesture of good will is now considered a mistake — both in practical and conceptual terms, whereas Russia's tough stance on Syria aims to disavow it and prevent the international community from applying the Libyan model to future conflicts. The Libyan model, from the point of view of the Russian strategists, is the following: In a mutually destructive conflict, the outsiders choose a "right" side and by their intervention, that side wins power.

In the 2000s, during the first two presidential terms of President Putin, the West was actively deciding the type of the Russian government — the status-quo type or the revolutionary-revisionist kind. Now, it is clear that Russia is maintaining its status quo, but in a slightly different way. Moscow is trying to keep the principles which add structure to the international environment, which is becoming more chaotic and uncontainable, and therefore unsafe. This is not about leverage, but self-preservation.

Vladimir Putin is greatly concerned with the destructive trends in world affairs. The Russian president is convinced that anything done by the most powerful countries, mainly the US, only worsens of the situation. According to the president, Syria is another example of that, just as the Arab Spring itself. Instead of promoting stability, the Western countries, if the changes are not their own initiative, try to adapt to them in order to support the “right side of history,” even when they technically take the side of the Islamists — yesterday’s enemy, suppressed by the previous regimes with approval from the West. A prominent Russian political analyst, Sergey Karaganov, put it in this way: “Given all possible political or economic claims against the West, everything was based on the fact that its politics is rational and predictable. Though, in the recent years, developments of the West more often result in total bewilderment.”

The Russian interpretation of the events in Syria is completely different from that of the West and the Arab world. This is a bitter civil war with both religious (Sunnis versus Shiites) and geo-political (monarchies of the Persian Gulf against Iran) backgrounds. And at stake is not democracy in Damascus, but rather a balance of power in the Middle East; most of the participants, especially foreign, could not care less about the future of Syria. Meanwhile, all Russian experts specializing in the Arab East agree that statements that the regime has lost its support and is fragmented are not true. A significant (it is impossible to make a more accurate calculation at a time of war) part of the population supports Assad, which is more fearful of the alternative suggested by the opposition. In Moscow, they understand that with the extent of the external interference observed today in Syria, it is difficult to imagine that Assad will stay. Yet hopes that his "days are numbered" are exaggerated.

At this point, the Russian logic is quite simple. In Syria, according to a character in the super-popular TV series in Russia “Doctor House,” “everybody lies.” It does not make sense to change the position — after Assad, Syria either will lose its integrity or be governed by the forces that consider Russia the enemy. Though even in the second case, Iraq’s example and partially Libya’s by now prove that all winners eventually need diversification of contacts, specifically in favor of Russia. Participation in the settlement imposed from the outside is dangerous — the results, most likely, are going to be disastrous. On the other hand, Russia will be among those who take moral responsibility for the future chaos. Proposals of a political process in which Syrians are able to determine their own future are obviously most ideal — and if it is not doable, well we’ve given you a heads-up. Basically, that’s what Bogdanov said: Without the political process, which does not yet exist, especially after the rebels are declared as lawful representatives of the Syrian people, Syria is going to fall apart.

Russia is concerned about the Islamization of the Middle East, since strengthening of the radicals and the dogmatists will eventually impact the Muslim regions of Russia. This has already been tested by the sad experience of the Chechen War. As for the geo-political positions, here, perhaps, lies the main mystery for those trying to interpret the Russian position. An overthrow of Assad and Russia’s withdrawal from Syria may be painful for the self-esteem, but not a disaster after all. Furthermore, being no longer a global power and articulating its interests as a regional force, Russia may be able to afford leaving the game in the Middle East as soon as it gets too hot, and then sit on the fence and watch from a distance how the West tries to manage the “Arab awakening.” And wait for the next change in the situation, which will happen when, once again, they find out that everything is not going exactly as planned by the originators and creators of those changes.

Fyodor Lukyanov is the chairman of the Council on Foreign and Defense Policy and editor of the journal Russia in Global Affairs.