The head of Iran's Revolutionary Guard Corps has said that the Iran-Iraq war of the 1980s was instrumental in bolstering Iran's security. 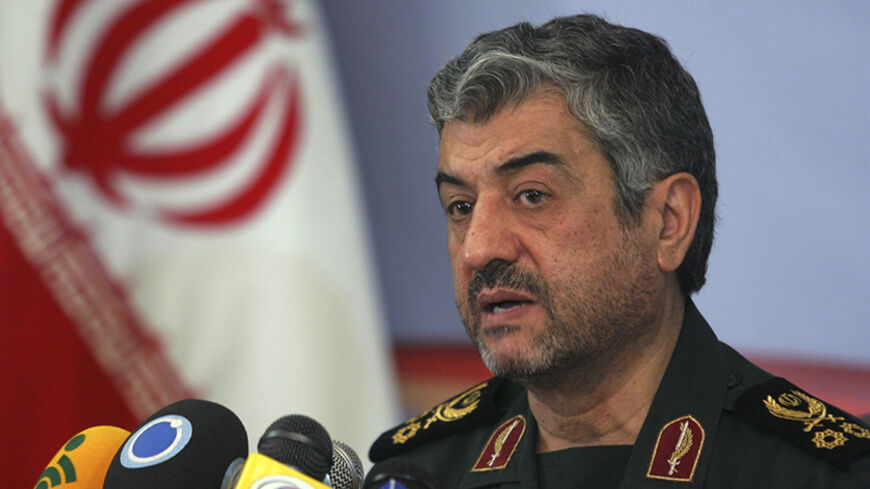 The head of Iran’s Revolutionary Guard Corps has said that Iran’s stability today owes to the Iran’s defense of its borders during the Iran-Iraq war in the 1980s.

“The safety of the country today is the result of the sacred defense,” Major General Mohammad Ali Jaffari said of the Iran-Iraq war, which started in 1980 when Then-Iraqi President Saddam Hussein invaded the country. The war lasted until 1988.

Jaffari said, “Today, if many countries know Iran to be an island of stability in an insecure region, the reason is the eight years of the sacred defense and the eight months of sedition. We did not permit the enemy to make the country unstable.” "Sedition" is the term used by government officials for the street protests that erupted after the contested 2009 elections.

The invasion of Iraq’s troops into Iranian territory mobilized the country and helped solidify Iran’s belief that if united, it could withstand any enemy — even one like Iraq, which was backed by Western and most Arab countries while revolutionary Iran faced economic and political isolation.

Although Jaffari did not intend to invoke former US president Jimmy Carter, Many Iranians are familiar with the term “island of stability,” once used by Carter to describe Iran. “Iran, because of the great leadership of the shah, is an island of stability in one of the more troubled areas of the world,” said Carter at a state dinner with Shah Mohamamd Reza Pahlavi in December 1977. Two years later, the shah left Iran for good after massive, unrelenting protests had destabilized the country.

“Iran’s borders are safe,” Jaffari continued. “No enemy, including America, would dare invade. The Americans, with the excuse of 9/11, attacked Afghanistan and Iraq, and by surrounding our country, intended to also invade Iran. But when they saw the readiness of the people and the armed forces of our country to back the supreme leader and the sacred Islamic Republic of Iran, they regretted thinking about attacking our country.”

While Iran offered intelligence in the 2001 US-led invasion of Afghanistan, the invasion of Iraq in 2003 marked a turning point in Iran’s approach in the region. Having been included as part of an “axis of evil” along with North Korea and Iraq by then-President George W. Bush, Iran assumed it would be the next to invaded by the United States and began to mobilize militias inside Iraq.

“From 2001 to 2007, there was a real threat of attack against our country, but it was not materialized,” said the commander. “The enemy of our people and the revolution, after seeing they cannot get anywhere with a military action, turned to making the domestic situation unsafe and the outcome of that was the 2009 sedition.”

The Reformist candidates Mir Hussein Mousavi and Mehdi Karroubi contested the 2009 elections that kept incumbent President Mahmoud Ahmadinejad in office. They called for street demonstrations, which turned into the Green Movement, prompting the largest protests in Iran since the 1979 revolution.

Many journalists and activists with ties to the Reformists were arrested and dozens were killed in the crackdown on the protests. The Iranian government viewed the Green Movement as a foreign plot and part of the "color revolutions" backed by Western countries. The Reformist candidates and Mousavi’s wife, Zahra Rahnavard, remain under house arrest.