The low voter turnout in the June 25 elections shows just how disillusioned Libyans have become with their nation's politics. 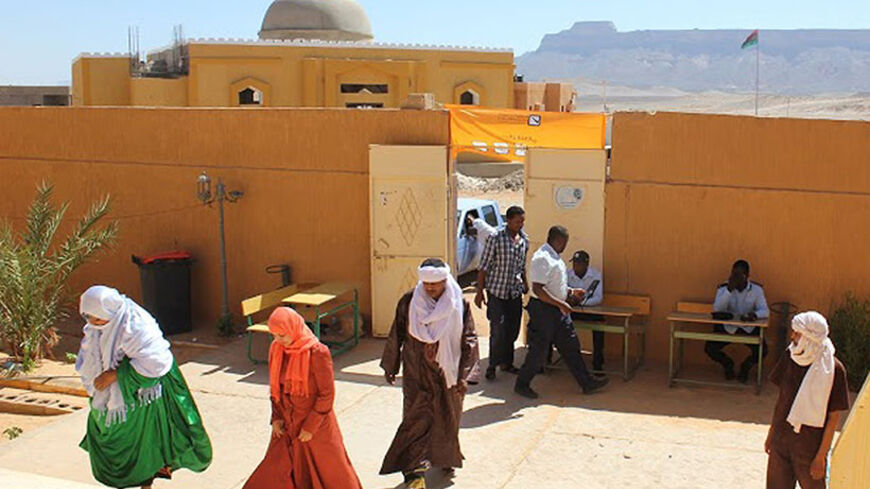 Fewer Libyans voted this time for the Council House of Representatives as the new parliament is known, than in the general elections of 2012. In 2012, Libyans were full of hope and optimism after the NATO-Qatari-backed rebels toppled longtime leader Moammar Gadhafi. Democracy, stability, security, peace and above all freedom were the noble causes the majority of my countrymen were eager for. Yet, it took only three years to see all that crumble into a pile of wreckage.

No wonder this time that only 630,000 voted, less than half of the eligible voters registered to cast their ballots, compared with over 3 million in 2012. There were no party lists this time around, so every single candidate contested the election on his own, personal credibility. Full results, though, are not expected before July 3.

Many polling stations, particularly in Derna in the east of the country and Kufra to the southeast, did not open for security reasons on June 25. Libya’s election commission said 15 seats in the 200-seat parliament will remain vacant since elections could not be organized in some parts in the country while others have to be rescheduled. In Benghazi, after casting her vote, prominent human rights lawyer Salwa Bughaighis was killed after gunmen forced their way into her house. She was stabbed before being shot in the head. She was a well-known critic of armed groups in Benghazi. Later, it emerged that her Egyptian housekeeper, who was wounded in the attack, was killed while under police protection. He was the only witness to her murder.

It is important to understand why fewer Libyans voted this time, when the opposite was expected.

Earlier this year, a large sector of Libyans lost their trust in the democratic process after being disappointed over and over again. The body they elected in 2012, the General National Conference, was paralyzed by infighting, corrupt, busied itself with less urgent matters and overstayed its mandate. Had it not been for huge popular demands that the General National Conference should dissolve itself and call for new elections, and had it not been for the military operations launched by retired Gen. Khalifa Hifter, last week’s elections might not have taken place at all.

There is also among Libyans a strong sense of disillusionment with almost all political parties. Coupled with overwhelming disappointment with a lack of progress, the majority of Libyans did not see the point of voting for another transitional legislature many think will only be like its predecessor. Large sections of tribal and political elites believe that while elections are a priority to claim Libya back from the brink of full civil war, national reconciliation is far more important.

This is widely reflected in voting figures among Libyans abroad. Elections were conducted in 13 countries, including Egypt and Tunisia, where over 1 million Libyans live. Most of those people are anti-status quo, while many others are considered as pro-former regime. Out of 10,000 registered voters abroad, fewer than 4,000 cast votes. A closer look at the figures from Tunisia, for example, showed only 114 out of about 400 registered voters cast their ballots. In Egypt, it was even lower, with only 400 people voting among about 1,000 registered voters.

The Libyan diaspora, given its size and the experiences of its members, is the most qualified to manage the country. However, many of those people are barred from running for office for two main reasons: security and their disqualification under the notorious Political Isolation Law passed by the General National Conference under militia pressure aimed at purging the state of former regime officials.

Libyans are clearly not happy with the way their country is run and managed. The low turnout is testimony to the little interest people have in the political process in the new Libya. This is a dangerous trend in a new democracy, since it means a failure of the political elite as well as the government to gain the nation’s trust, reflect the people’s will and be truly representative of the public's interests.

In any case, while the final results have yet to be released, the Libyan people are sure to come out as losers.