A member of the Iraqi Baath Party claims that 14 different factions, including the Baathists, were involved in the takeover of Ninevah province on June 10. 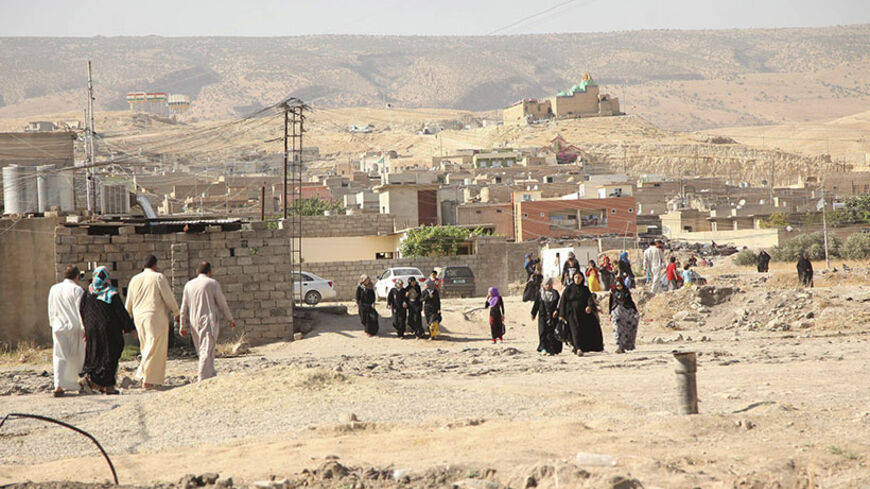 The Iraqi government has yet to tell its side of the story after the Islamic State of Iraq and al-Sham (ISIS) occupied the province of Ninevah on June 10, leaving the door open for interpretations and rumors. The central government in Baghdad shut down social media websites to prevent rumors about the fall of cities and the defeat of the army at the hands of ISIS from spreading.

At this point, what is certain is that ISIS did not enter Ninevah alone, but was accompanied by other armed factions that have been trying for a while to destabilize the security situation in Iraq.

A prominent member of the Arab Socialist Baath Party, whose rule was overturned in Iraq upon the US occupation of Baghdad in 2003, told Al-Monitor, “Fourteen factions have joined efforts to enter Ninevah.”

The party member, who was an officer in the army of the late leader Saddam Hussein, said on condition of anonymity, “The Baath Party was compelled to be involved in this battle since the successive Iraqi governments have shut all doors in its face.”

The armed organizations that occupied Ninevah removed all the road blocks to prove to citizens that they are better than the Iraqi government, knowing that the latter had excessively used road blocks during its control over the province. Eyewitnesses in Ninevah recounted how ISIS tried to make the residents feel secure to gain their support for the imminent battles to be fought with the Iraqi army.

Um Ahmad, a housewife from Mosul, told Al-Monitor over the phone, “ISIS distributed flyers prohibiting smoking and imposing the veil on women. These lists will comprise more bans, everyone knows it.”

Um Ahmad, who was relying on the Iraqi and US air forces to take Mosul back after it suddenly fell under the control of militants, said, “The situation is calm. There are no clashes. We hear about bombardment, but it has yet to reach our region.”

ISIS is committing massacres against the residents of Ninevah. Reports are emerging that women have committed suicide after being raped by militants.

The Baath Party, which ruled Iraq from 1968 until 2003, was divided into several factions. The two most prominent — that of Izzat al-Douri, the second strongman after Saddam and the deputy chairman of the Revolutionary Command Council, and the faction of Brig. Gen. Mohammad Younes al-Ahmad, who assumed many positions in Saddam's government — had fallen into a fierce dispute in 2006.

The dispute became of paramount importance after Ahmad split from Douri and called for a review of Saddam’s era. The Baath Party member, however, affirms that both factions found their chance with ISIS entering Ninevah after they hit rock bottom.

The Syrian regime sponsored both factions in the years following the invasion of Iraq. It was also suspected of sheltering Ahmad. The party member, however, ruled out the possibility that Syria was involved in sponsoring the Baathist entry into Mosul. Yet, he affirmed, “Both factions have made up under vague circumstances, or else they would not have agreed on this operation.”

The source, whose relative was a minister in Saddam's government, said, “The arrogance of [Prime Minister Nouri al-] Maliki and his circle has prevented the reconciliation with the Baath [Party],” adding, “As long as [Baath members] are marginalized with no decent livelihood, they will remain an easy catch for ISIS and even worse organizations.”

The member split from Ahmad's faction in 2009 and founded a new party that negotiated with Izzat Shabandar, a parliamentarian who was close to Maliki, to enter the political process. He told Al-Monitor, “The army is taking back Mosul.”

The same source said, “The army was weak due to the corruption of the military instruction, which Maliki has made part of the sectarian quotas.”