Iran’s capital markets are in need of structural reform. 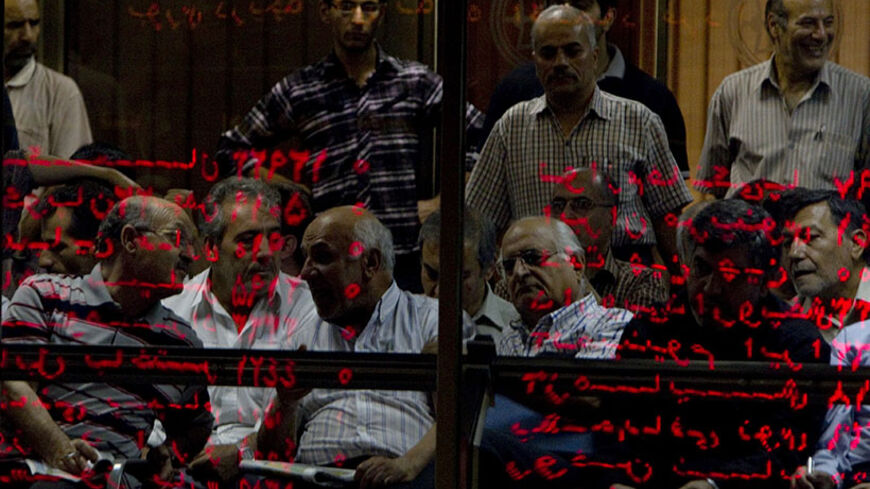 Investors look at an electronic display board reflected in a glass partition at the Tehran Stock Exchange, Sept. 15, 2010. - REUTERS/Caren Firouz

This week, another sharp drop in the Tehran Stock Exchange Index (TEPIX) served as a reminder that some of the structural issues in Iran’s main capital market need to be addressed.

Since the beginning of the current Iranian year (March 21, 2014) the TEPIX has dropped by 8% — a fact that has worried Iranian investors. Though this week’s sharp decline (2.5% drop on June 14-15) came to a halt on June 16, concerns remain that further fluctuations will undermine Iran's capital market. The most recent drop also indicates that the government’s April 2014 decision to inject some liquidity into the market was just a short-lived remedy that failed to address deeper structural shortcomings.

Market fluctuations are heavily influenced by domestic political and geopolitical events. The most recent such event has been the emerging threat from the terrorist organization the Islamic State of Iraq and al-Sham (ISIS). Interestingly, the Iranian market has calmed down following the start of a new round of nuclear negotiations in Vienna as well as the news that Iran and the United States may collaborate to contain the ISIS threat.

I wrote about the phenomenon last year for Al-Monitor and highlighted the need for structural reforms. Incidentally, when one looks beyond political events, news from Tehran suggests that officials are looking more closely at remedies to induce stability and reduce the negative impact of political uncertainties.

According to the economic daily Donyaye Eqtesad, Tehran Stock Exchange (TSE) officials and market stakeholders have now agreed on a number of steps to prevent future fluctuations. Key steps will focus on the establishment of financial institutions and funds as market makers and the introduction of block trading. These are small but relevant steps to induce stability into the stock exchange, but wider economic and capital market reforms will be needed to provide a more stable outlook.

Ezzatollah Siadnia, chief investment officer of Karafarin Brokerage, believes that key investors at the TSE have not yet come to terms with a period of stability and look for any excuse to behave abruptly. Furthermore, he believes there are many investors who are new to capital markets and decide to exit at the first indication of a price drop, hence increasing the pressure on the market.

Another market player, Parviz Fattah, chief investment officer of Dey Brokerage and Investment Company, believes the 2013 change of government has overhauled the key stakeholders in the market. In his opinion, the group that dictated a growth in the capital market for eight years has left, and the new set of players and stakeholders are gradually moving in. He opines that the set of economic policies that the new government has introduced make sense, but “the only source of imbalance in the economic policies is the interest rates which need to be adjusted to other economic patterns,” as reported by Donyaye Eqtesad.

Other analysts, such as capital market expert Mousa Dadashzadeh, see the main source of irritation among investors being the lack of proper communication from government and other power centers (such as the Majles or the Central Bank of Iran) about economic policy and legal reforms. Iranians are quick to accept and spread rumors, and a weak communication strategy would immediately lead to rumors and hasty decisions among investors. Iranian investors and brokers also believe that information related to TSE-listed companies is disseminated selectively, generating an “information rent” for some networks and depriving other stakeholders from the information. As such, the TSE itself is in need of reforms, especially clear reporting requirements that will increase transparency and ease of decision-making for investors.

While the above information explains some of the shortcomings, other causes also need to be analyzed. For example, as the market is mainly hit by the investor decision to exit, it is also plausible to see as a root cause the lack of confidence among investors in the ability of the company boards to steer their businesses through a temporary crisis or changing market conditions. This phenomenon can partly be explained by inexperience on the part of investors, but it's also rooted in the lack of transparency about how key companies are governed and managed.

Therefore, a central issue that needs to be addressed in future reforms will be the regulatory framework for listing new companies as well as corporate governance practices that can give investors the confidence that companies can manage risks emerging from political instability or sudden price fluctuations.

Other reforms needed in the TSE are related to clearance systems and settlement procedures that can increase liquidity in the market. Also, the governance of the TSE and its processes used in the financial transactions need to be revamped to increase financial efficiency and transparency.

Furthermore, TSE officials need to think of additional markets and instruments so the overall market can absorb the diversity of investors and their interests. The ability to offer appropriate investment vehicles to different investors will distribute diverse risk appetites into different instruments as opposed to the current system, where the majority of investments are focused on company shares.

In the absence of serious structural reforms, the Iranian capital market will continue to be determined by fluctuations caused by political events and developments. The potential signing of a nuclear deal between Iran and the so-called P5+1 may be the next event that will push the market up, but one could easily foresee the next major drop with another political upheaval or major oil price or gold price fluctuations. As such, the Iranian government should use the current debate and awareness as a platform to push for needed reforms. The discussions over the past few days about establishing market makers and introducing block trading indicate that key stakeholders are prepared to introduce reforms. Evidently, revamping corporate governance laws and regulations will be a huge task and will require a longer process, but the time to start is now.