Turkey’s Mosul consulate has been seized by the Islamic State of Iraq and al-Sham and all its personnel have been kidnapped. 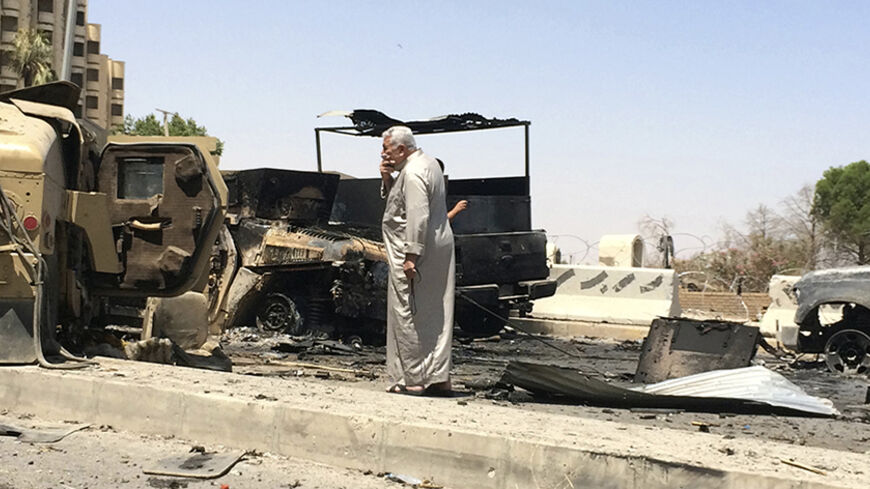 Ozturk Yilmaz, Turkey’s consul general in the northern Iraqi city of Mosul, was kidnapped June 11 along with the rest of the consulate's 48 workers by the Sunni extremist group the Islamic State of Iraq and al-Sham (ISIS) following the al-Qaeda spin-off group's takeover of the city the day before.

While there has been a lot of contradictory reporting about events in Mosul, those seized apparently include three children and about 30 members of Turkey’s police special forces. Turkish media reported that the special forces opened the consulate’s doors after being threatened with a bomb attack. The reports suggested that all those seized were in good condition and were being held at the Mosul governor’s building serving as ISIS headquarters.

Sinan Ogan, a deputy from Turkey's Nationalist Action Party (MHP), was at the forefront the day before as he warned other deputies on the floor of parliament that the consulate was surrounded by ISIS and that something need to be done about it. Ruling Justice and Development Party (AKP) members at the time accused Ogan of asserting unfounded accusations, and interrupted his speech. On June 11, Ogan told CNN Turk: “I am also going a step further today. Although I can not reveal you the identity of my source, I am told that the special forces were ordered from Ankara to open the consulate’s door to ISIS.”

The news came after ISIS seized control of Mosul, Iraq’s second-largest city, on June 10, sending shock waves across the board over how fragile the stability in Iraq is in the face of a rapidly expanding extremist army. On June 11, ISIS also took partial control of Tikrit, hometown of former Iraqi leader Saddam Hussein.

Turkey had been given a forewarning of the larger ISIS threat in Iraq earlier this week when ISIS kidnapped 32 Turkish truck drivers in the area. While Turkish Foreign Minister Ahmet Davutoglu said June 10 that Turkey was doing its best to help rescue the truck drivers, he stressed then that there was no security threat to Turkey’s consulate there. Turkish authorities told Al-Monitor that there is no other foreign consulate in Mosul other than Turkey’s.

“Our consul general said it is still possible for him to conduct his duties in Mosul, but we have given instructions to take all necessary measures,” Davutoglu told state-owned Anatolian News Agency during a visit to Serbia. “The situation is calm at our Mosul consulate. There is nothing that causes us to be worried about our consulate in its surroundings. Yet, we have taken all the necessary precautions.”

Speaking from New York on June 11, Davutoglu told a different story. Davutoglu first said that the Iraqi government has the ultimate responsibility for the security of the foreign representations in the country, noting the failure of Iraqi forces in keeping control there. The Turkish foreign minister also stressed that he had reminded US Secretary of State John Kerry of their “special responsibility” in Iraq. He also said they had been discussing evacuation plans for the past three days, but that the continuing street-to-street fighting made it impossible to carry out the evacuation.

“They will pay the price for this,” said Davutoglu, underlining that Turkey has faced such crises before. While this is the first time in memory of Turkey’s diplomats being kidnapped, in August 2011, Turkey successfully evacuated its diplomats from Libya as a precaution just ahead of the fall of Libyan leader Moammar Gadhafi.

Haldun Solmazturk, a retired brigadier general, told Al-Monitor, “The prime minister must have already ordered the military to prepare contingency plans in case the rescue operations do not yield a positive answer.” There is speculation in Ankara’s beltway about the preparation of a potential military rescue operation.

The Turkish military has served as part of the NATO force in Afghanistan without engaging in any actionable military operation.

Turkey declared Jabhat al-Nusra, an al-Qaeda group in competition with ISIS in Syria, as a terrorist organization on June 3. Although both Islamic groups share Turkey's goal of toppling the Bashar al-Assad government, many Western and regional officials are worried that ISIS and Jabhat al-Nusra pose a long-term terrorist threat. Diplomatic sources told Al-Monitor that Turkey, in the end, came to the same conclusion about the radical extremist threat posed by Jabhat al-Nusra.

The Turkish Foreign Ministry released a written statement mentioning that it called the North Atlantic Treaty Organization to an emergency meeting. NATO sources stressed to Al-Monitor that the emerging radical extremist threat is a concern of the alliance, and that there is a serious discussion about how to challenge this threat. Asked whether there might be any NATO role involving the Turkish consulate’s seizure, a NATO source that said would be a “very unusual" development, while stressing that this is a developing story.