According to Israeli security officials, retired Gen. Uzi Eilam's contention that Iran is years away from becoming a nuclear state is inaccurate, an assessment shared by US and European intelligence agencies. 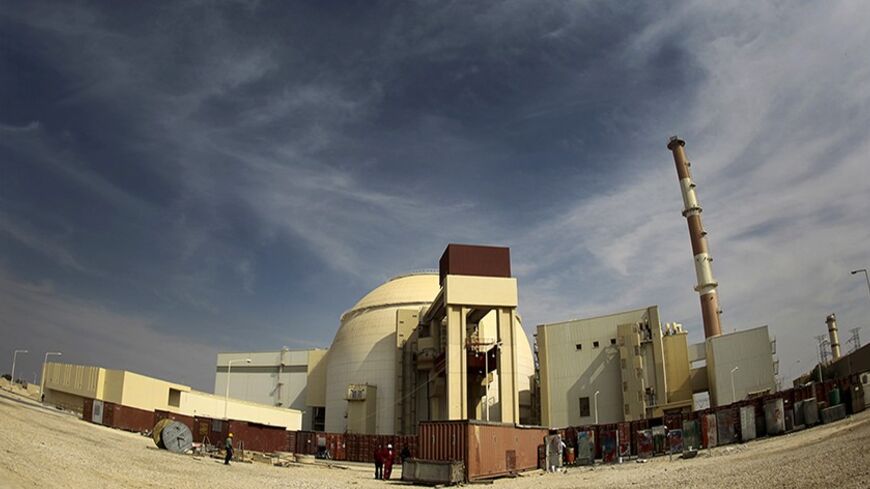 Uzi Eilam is a retired brigadier general and the former director of Israel's Atomic Energy Commission. This has got to be one of the most sensitive positions in Israel's defense establishment. For many years, Eilam was privy to top secrets and was one of the most senior and highly regarded experts on Israel's security. A man of many merits, he is the salt of the earth in the full sense of the expression. Yet, all these superlatives do not render men like Eilam infallible, as seen by his May 8 interview with the Israeli daily Yedioth Ahronoth.

Arguing that Benjamin Netanyahu, the Israeli prime minister, was using the Iranian threat for "political goals," he also added that Israeli politicians were busy striking terrible fear in the Israeli public. Wondering whether Iran even "wants the bomb," Eilam topped the tale by arguing that even through a very pessimistic prism, Iran's nuclear project would not be finished to become a deliverable nuclear missile for at least 10 years.

By simply making these assertions, he undercut the mainstays of the entire concept. It is uncertain that Iran wants to turn nuclear, and even if it does, it will happen only in 10 years' time. There's no need to be alarmed. We can all stand at ease.

Let's start then with the good news. Eilam is right in saying that Netanyahu uses the Iranian threat for political purposes. That's a no-brainer and you don't have to be an expert or a retired general to know that. For 20 years, Netanyahu has been clocking mileage on the Iranian ticket. He lives, dreams, eats and breathes the Iranian nuclear issue. His entire calling on earth is to avert Iran's nuclearization, and he has been quite successful in instilling great fear in the Israeli public of that dreadful day when Iran turns nuclear. Netanyahu does enjoy some extenuating circumstances.

In my opinion, he is not putting on an act and he is not an impostor. He wholeheartedly believes what he says. He and his associates are indeed convinced that Bibi (Netanyahu) has come to this world solely to save Israel from the Iranian bomb.

From this point onward, what Eilam said was seriously far-fetched, to the point of perhaps being completely cut off from reality. At 80, he has been away from the defense establishment for many years. He has not been privy to secrets nor has he been exposed to the intelligence material. When he releases such headlines, he must surely be aware of the immense damage they cause the ongoing Israeli and international effort to curb Iran.

Eilam pours a bucket of icy water on the whole affair, as if all the massive bunkers that were dug underneath Iran's mountains, the 19,000 centrifuges that have been installed and the global contraband industry engineered by the Iranians aimed at importing the necessary equipment and technology, are nothing but a figment of the imagination. The same goes for the hundreds of kilograms of medium-grade enriched uranium, the thousands of kilograms of low-grade enriched uranium and the billions of dollars invested in research and development. And that's not all: There is the heavy water reactor in Arak as well as decades-old infrastructure that cost tens of billions of dollars. Are all these things a hallucination, a phantasm in Netanyahu's mind, a Zionist public relations stunt?

Why would the Iranians do that? For no reason; they're bored, says Eilam. Or maybe it's because they want to intimidate us.

Well, for your information, Eilam, the Americans, the Europeans and many other intelligence agencies around the world all share the Israeli assessment. The most optimistic among them believe Iran is about 18 months away from nuclear capability. Quite a few professionals maintain that Iran can already be deemed a nuclear "threshold" state, which is why it seeks to placate its relations with the West, to revive its economy and then press on.

A very high-ranking Israeli official told me earlier this week that Iran has already reached what is known in Israel as the "nuclear threshold sphere." Its goal for the permanent status agreement, which might be brokered with the world powers, is to "consolidate itself in the sphere of that threshold."

"The fact remains," he said, "that they insist on pursuing uninhibited research and development. It won’t be long before they are able to manufacture far more cutting-edge centrifuges than what they currently have, which will shorten the timetable and the dates."

In reply to my question as to how long it will take Iran to break from the nuclear threshold sphere to a bomb, the official said: "Two [to] three months." The Iranians have reached advanced levels of research and development. They are able to enrich uranium faster than ever. They can skip from low-grade enrichment to military grade within a matter of weeks, thanks to their large number of top-notch centrifuges.

I am assuming that Eilam bases his rosy estimate on the fact that Iran has yet to complete its work on "weaponization" and is still unable to take a nuclear bomb, reduce its size and have it mounted on a missile.

Even if true, it's of no significance. The Iranians can wait for an opportune moment and then break toward a bomb. And suddenly — with the world off-guard — they can carry out a nuclear test. From that moment on, Iran would be a nuclear state — with or without a deliverable missile. The same thing happened with North Korea, Pakistan and other countries. This could very well be the case with Iran, too — not in 10 years, but 10 months.

Even if we adopt the assumption that they will not have nuclear warheads that can be mounted on missiles, they still have fighter aircraft. And there's no air force in the world, not even Israel, which can provide a foolproof guarantee to completely foil the penetration of many, or even just a few, fighter aircraft.

The Israeli leadership has been working hard, indeed, since the previous century, to convince the world of Iran's true intentions. We paid in blood, sweat and tears. The claim that Israel forged Iran's nuclear project cannot even be dismissed as childish.

There isn't a single respectable intelligence agency in the world today that is not on the same page, in almost perfect synch, with the Israeli Mossad. The centrifuges are not spinning in the feverish minds of this or that spy. They are spinning in the many installations — some of which are secret — that have been unveiled in Iran. Everything is based on evidence on the ground, ongoing inspections and visits by the International Atomic Energy Agency, as well as on existing, photographed and known sites, some of which remain until this moment locked and barricaded and some of which are under supervision.

To defy all of this by mere words is irresponsible, especially coming from a person who devoted his entire adult life, with talent and resolve, to Israel's security.