The Lebanese presidential elections are of a piece with Iran's regional strategy. 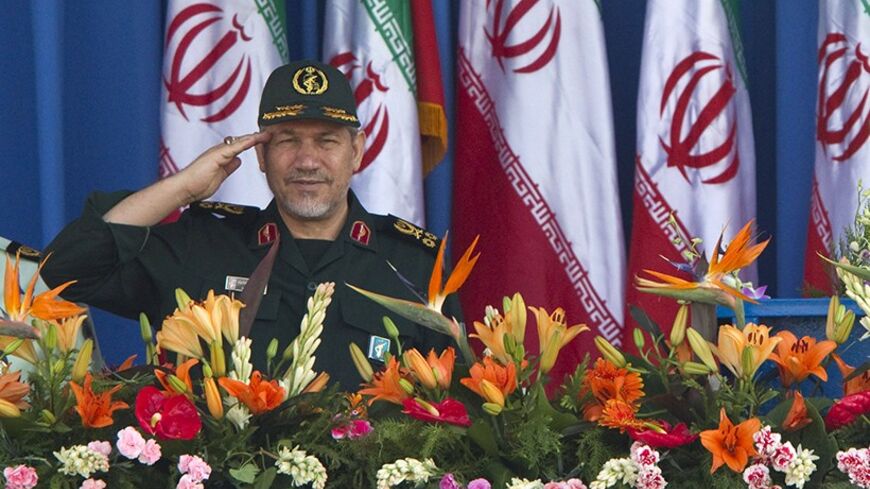 Yahya Rahim Safavi, the former commander of Iran's Islamic Revolutionary Guard Corps (IRGC) and the current military adviser to Supreme Leader Ayatollah Ali Khamenei, said in May 2014, “[Iran’s] real borders are not what they appear, but extend to the shores of the Mediterranean Sea in southern Lebanon.”

His words triggered a storm of criticism and questions in Lebanon and the Arab region for a variety of reasons.

First, Safavi's stance, which he expressed during a television interview, clearly infringes on Lebanese sovereignty. No Iranian official issued any statement to counter the stance despite the torrent of criticism and an objection from Lebanese President Michel Suleiman. The president requested the Lebanese Foreign Ministry seek a clarification from the Iranian side. Making matters worse, instead of correcting or denying the statement, a few days later, another former commander of the IRGC, Hussein Hamdani, confirmed “the formation of a Syrian Hezbollah, after a Lebanese Hezbollah,” adding, “Syrian President Bashar al-Assad is fighting on behalf of Iran.”

These statements, despite being grave, are not new. They simply expressed openly what was being said about Iran’s expansionist intentions. But the statements raise several questions about their timing and their blatant, provocative tone. These statements are important because they were issued as the negotiations between Iran and the United States are in high gear. Radical parties affiliated with the supreme leader question the timing of the statements, and how they are related to the US-Iran negotiations. What are their repercussions on the Levant scenes, on elections in Iraq and Syria and on Lebanon's potential presidential vacuum?

These attitudes reveal Iran’s intentions in the negotiations and its regional project that runs from Tehran to the Mediterranean, through Syria, Lebanon and Iraq, where all are waiting for parliamentary election results. The Iraqi elections will determine the shape and parameters of Iranian influence. It is likely that Iran is showing its cards to negotiate over them as part of a grand bargain that goes beyond the nuclear issue, as Iran has sought from the beginning. If the door to bargaining outside the framework of the nuclear file is open, it is all the more likely that one file be traded for another. We could face a situation wherein Iran backs down in Syria and advances in Iraq or Lebanon or vice versa.

In reality, these positions once again reveal the fragility of the situation in Lebanon, which is stuck in regional conflicts that have not yet produced sustainable settlements. These positions also soured the atmosphere of consensus and positive momentum that accompanied the formation of the government on Feb. 15 and the resulting convergence between parties that were recently at odds with each other. The Future Movement sat at the same table with Hezbollah officials in the headquarters of the Ministry of Interior to coordinate that long-awaited security plan. Future Movement leader Saad Hariri reconnected with his counterpart in the Free Patriotic Movement, Gen. Michel Aoun. The controversial issue of the ranks and salaries scale was overcome through its referral to a joint parliamentary subcommittee. The agreement on administrative appointments showed that government work is possible if the intent is present.

Of course, the presidential elections make candidates and major voters rationalize their discourse, making it appear as if they are trying to bring everyone together and are supportive of the constitution and national interest. But this positive atmosphere doesn’t remove deep concerns about how stability remains fragile as long as it is not based on a regional agreement. The positive atmosphere could dissipate at any moment because it is not based on internal consensus on contentious issues, such as the basic issue of Hezbollah’s weapons and its involvement in the fighting in Syria, or how to deal with the international Special Tribunal for Lebanon.

Perhaps those disagreements have prevented the election of a president, despite the parliament speaker setting three voting sessions. The March 8 bloc rejects the March 14 bloc’s declared candidate, Samir Geagea, and has resorted to depriving parliament of its quorum. The republic’s institutions are disabled, and the “by-consensus democracy” — meaning, an agreement between the heads of the major parliamentary blocs — has not yet agreed on a “consensus” president. So, observers are looking abroad to break the impasse after the Lebanese have failed to “Lebanonize” the presidential election.

The statements by the former IRGC commanders suggest that bargaining with the international community is wide open and that Iran has a broad strategic scope that goes beyond its borders.

In Lebanon, holding a presidential election and avoiding a vacuum have become requirements of the international group, as expressed on May 12 by the special coordinator of the United Nations in Beirut, Derek Plumbly. Thus, the Lebanese presidential election, after the Lebanese failed to Lebanonize it, has become part of the negotiations with Iran. Since the election is less important than other files, such as the situation in Syria or Iraq, holding the election may become a bargaining chip, unless it is recovered at the last minute.