Iran not just focused on Maliki in Iraqi elections

The Iranian government expects to be well-positioned no matter who wins in Iraq’s elections. 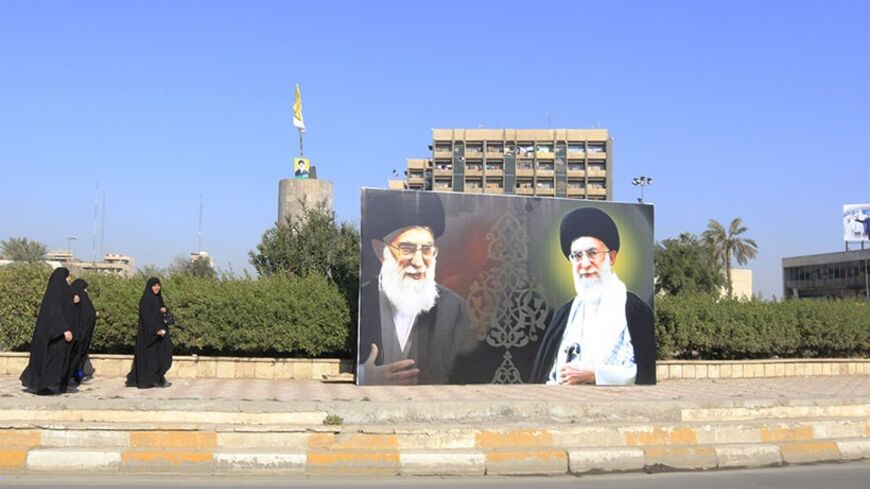 Tehran, Iran — It would be an understatement to say that Iran does not have an interest in the Iraqi parliamentary elections held April 30, and far too simplistic to conclude that Tehran is backing the current prime minister, Nouri al-Maliki, for a third term. The Iran-Iraq relationship is a complex mosaic of history, politics, war, religion and, most critically, Iran’s strategic depth in dealing with the Syria civil war and its tensions with Saudi Arabia and other Gulf states.

Speaking on condition of anonymity, an informed Iranian source told Al-Monitor that Iran’s perceptions of Iraq are influenced by the role of the United States in the region. He explained, “Enemies of Iran in the Middle East and around the world had the illusion that another chapter of the fall of Baghdad would be [written] in Tehran. Saddam’s falling statues in different cities around Iraq made an American victory [appear] eminent and ineluctable. In 2009, when the US army withdrew, things proved the opposite.” In other words, the early threats of isolation and being the next to be toppled morphed into an Iranian win.

Perhaps surprisingly, the United States and Iran now share an interest in Iraq’s political stability, but while US influence in Iraq may have decreased with the withdrawal of US forces, Tehran’s influence has expanded in all aspects of Iraqi politics, economics and society.

“There are many common factors that bring Iran and Iraq together, common interests, hundreds of thousands of Iraqis who resided in Iran during the war,” said the source. He added, “All the other countries in the region stabbed Iraq in the back. Iran’s decision was to help Iraqis in whatever they wanted to do, and that’s why today Iran and Iraq have a $12 billion trade exchange, and in a few years this will be $30 billion.”

It is a matter of common interests, indeed. The Iranians proceeded according to a playbook with their eye on the long game. Tehran backed the US political process adopted by the Shiite Iraqi groups that had sought refuge in Iran during Saddam Hussein's rule, but at the same time supported the armed insurgency against the US occupation. At the time, all the Iranians wanted was not to lose Iraq again. It was a complicated game, and many thought the Iranians were confused or lost, but the results revealed otherwise. So, who are the Iranians supporting in Iraq today? Many are asking this question.

Some believe it is the incumbent Maliki. Although he might well be Iran’s top choice, it is not Iran’s way to limit itself to only one option.

“No it’s not Maliki,” claimed the Iranian source, “but whoever the Iraqis choose as their prime minister.” He explained that most of the main Iraqi players had visited Iran on various occasions. “All those who are running are our friends. Why then should we lose one for another. We will congratulate the winner, and we’ll be happy to cooperate with whoever becomes the new prime minister of Iraq.”

A number of prominent Iraqi politicians made trips to Iran over the last few months, including Ibrahim Jaafari (former prime minister and head of the Iraqi National Reform Movement), Ammar al-Hakim (head of the Islamic Supreme Council of Iraq, ISCI), Adil Abdul-Mahdi (ISCI member and former Iraqi vice president) and several others. Maliki made an official visit. The media covered the visits and events organized in Tehran with Iranian officials.

The source revealed that the issue of a Maliki third term was raised in meetings between Iraqi politicians and Iranian officials. He told Al-Monitor, “Some showed support for Maliki, while others thought that it’s time for a change. [The latter] believe Maliki isn’t accepted anymore by all Iraqis.” The source also shared that Abdulmahdi had presented himself as a possible candidate for the prime minister post. He added, “The Iranian officials stressed that we won’t interfere. It’s up to the Iraqi people to choose their leader. The Iraqis were happy to hear this.”

A day after the elections, the Iranian Foreign Ministry issued a statement asserting its hopes that “the elections in Iraq will help in putting an end to the wave of terror in Iraq and the region.” It also read in part, “We hope the Iraqi elections will enhance democracy and unity in Iraq and help in forming a new government that represents the popular will.”

Hossein-Amir Abdollahian, Iran’s deputy foreign minister, stressed that the elections will help in fighting terrorism, underlining that cooperation between Iraq and Iran is in the best interest of the region.

Still there are some who believe that the issues are deeper than what is being discussed. Although it is true the main players are all friends of Iran, and most of them were in the Iranian camp during the war against Saddam's Iraq, this does not mean Tehran is without serious concerns. One such concern will be the new Iraqi government’s position on the war against the Islamic State of Iraq and al-Sham (ISIS), the conflict in Syria and relations with Saudi Arabia. These three points are all related.

The war on ISIS in Iraq requires a full Iraqi commitment to taking the same approach toward rooting out ISIS in Syria, whereby the Iraqis and the regime in Damascus continue to share information and provide flexibility when it comes to operations on both sides of their border. A strong bond on this front will be reflected on the other side of their border, in Saudi Arabia, whose main priority is the toppling of Bashar al-Assad.